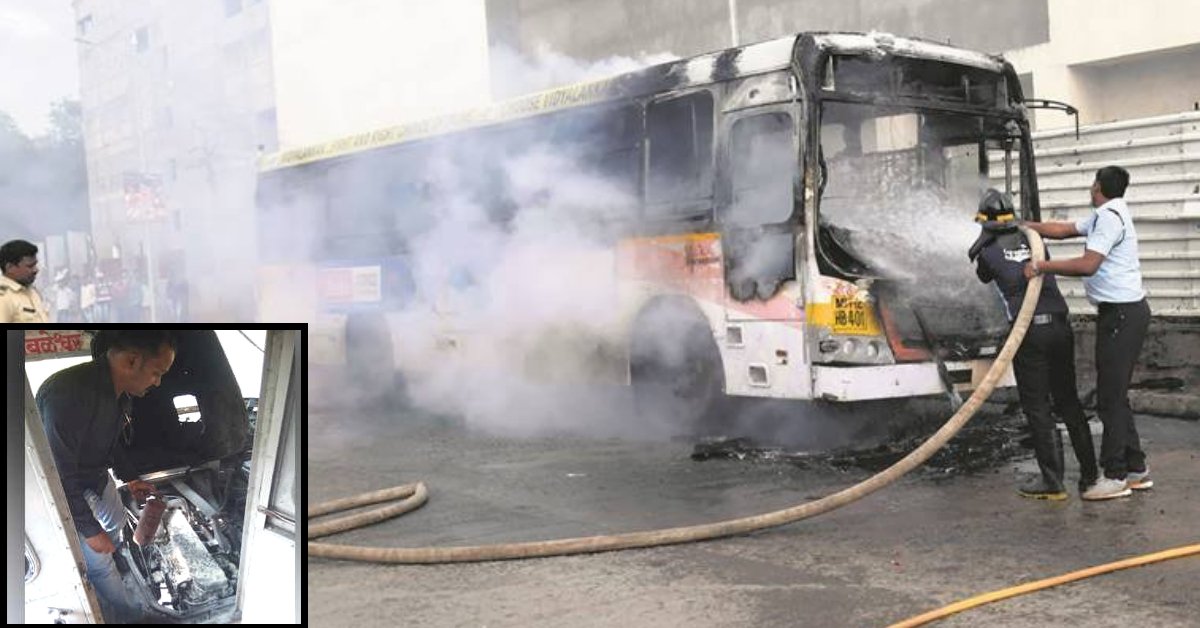 Yogesh Chavan was heading to his home in Satara after completing his night duty at the Kothrud fire station when he saw the bus on fire.

Accidents and mishaps always occur suddenly, and this is particularly true for the ones that happen on the road. But what often ends up saving lives in such precarious situations is quick thinking and swift action.

This was proved to be true during an incident that took place on Wednesday morning, when a fire broke out in the bus cabin of a Maharashtra state transport bus plying between Swargate and Mahabaleshwar, as it neared the Katraj ghat near the old tunnel, reports Maharashtra Times.

Fortunately, a firefighter happened to witness the fire outbreak and jumped to action.

Yogesh Chavan was heading to his home in Satara after completing his night duty at the Kothrud fire station when he saw the bus on fire. Without wasting any time, he first made a call to the fire brigade and proceeded to collect sand from the ghat with the intention of dousing the fire.

For those who don’t know, small fires can be easily put off by dumping heaps of sand into it, which starves it of the oxygen it needs to stay alight. Yogesh thought along the same lines and tried the same by throwing mounds of sand but couldn’t achieve much success.

At that point, a car happened to pass by, and he stopped it for help.

Using the fire extinguisher in the vehicle, Yogesh not only managed to douse the fire completely but was also able to safely evacuate all the 19 passengers stuck in the bus.

By the time the fire brigade could reach the accident site, the passengers all safe and out of danger, thanks to Yogesh’s presence of mind and quick action.

You may also like: Alert Karnataka Driver Averts Major Mishap, Saves 20 Lives as Bus Goes Up In Flames!

What must be appreciated is the fact that despite being off duty, Yogesh’s commitment to service remained a top priority at a time when most people at accident sites prefer to stay aloof for the fear of getting embroiled with police and legal issues.