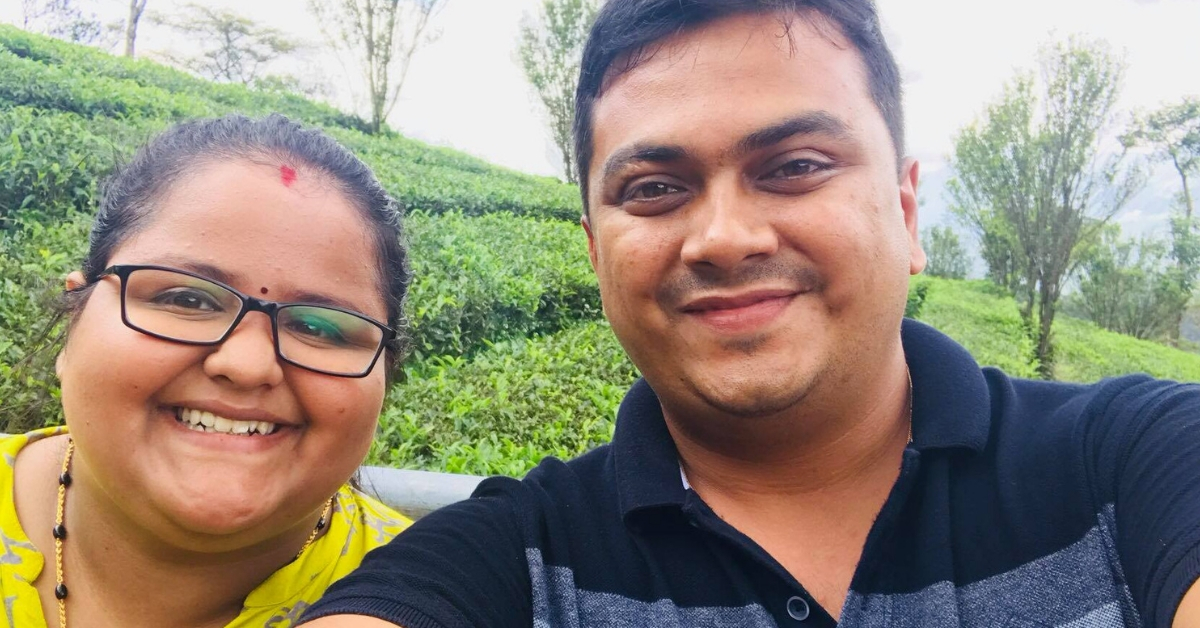 The 55-second live posted by the vlogger and shared on Facebook group Pathanamthitta Live is winning thousands of hearts. And for all the right reasons.

Beauty lies in the eyes of the beholder. And while physical beauty is temporary and bound to fade away eventually, it is the beauty of one’s heart that lives on.

The 55-second live posted by the vlogger and shared on Facebook group Pathanamthitta Live is winning thousands of hearts. And for all the right reasons.

The video is different from any other that Sujith usually posts: it isn’t about his adventurous travels or food trails. Instead, it shows the vlogger tackling an issue that not only his wife, Shweta, faces, but several others do.

He shuts down trolls fat-shaming his wife. All with a smile on his face and a beautiful message.

He addressed people posting hateful comments about her weight saying that beauty is not simply physical. Besides, he says, “I love ‘thadi’ (meaning fat), no?” to which Shweta smilingly agrees.

He pulls her close and taps her chest, saying, “She has a beautiful heart and a pure mind.”

“Don’t heavier people also have a right to live? It’s not just thin people or those who weigh less who are beautiful. Everyone is beautiful in their own unique way. Real beauty is inside you. It’s not about being fat or thin.”

He also points out how he too is reasonably heavy. It helps open conversation about how women are unfairly targeted, a lot more than men.

He bids adieu, requesting people not to post such comments. What is even heartwarming to see is that Shweta immediately quips, “I take these comments positively.”

“While they may take it positively, people really shouldn’t post such awful comments,” Sujith signs off.

With over seven lakh views, here’s the viral video.