At Just 15, This Brilliant Bengaluru Girl Has Won a NASA Contest Thrice! 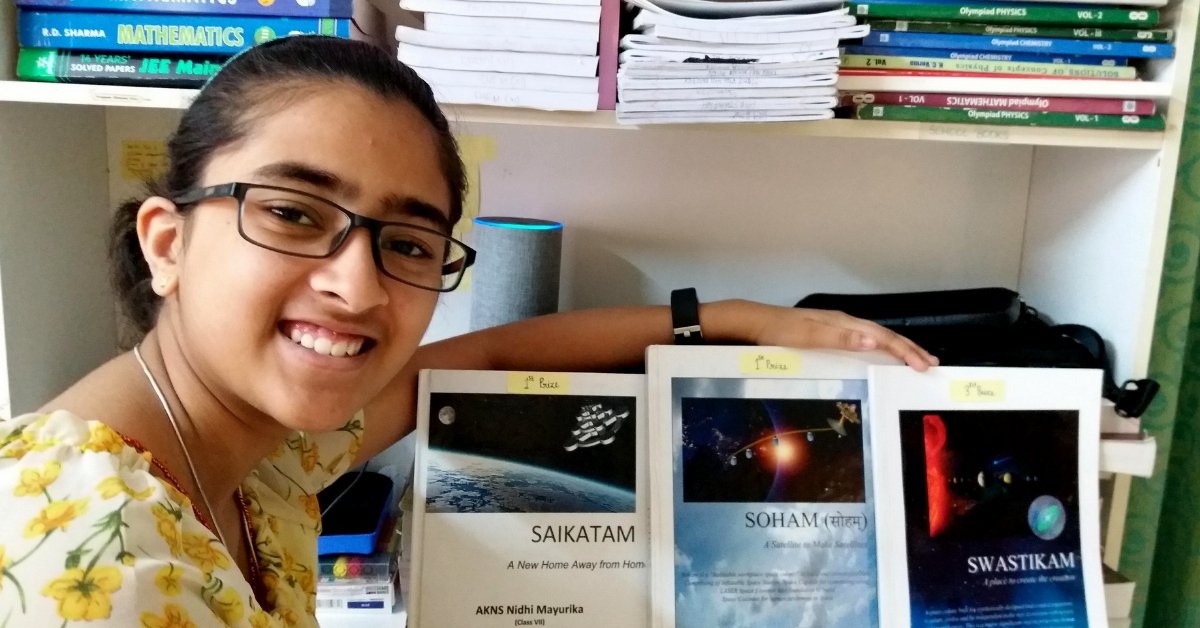 As a preteen, she had designed a three-layered colony in space, and some of her ideas around this will surely leave you awestruck!

Nidhi Mayurika, a resident of Bengaluru and a student of Class 9, is aiming for the stars and how!

The ambitious young girl, who aspires to be a cosmologist one day, is leaving no stone unturned to ensure that her dreams come true. She has been participating in the NASA Ames Space Settlement Contest since 2016 (since she was in Class 7) and has won the first prize three years in a row.

Speaking to Edex Live about her passion for science, Nidhi said, “When I was in Class 5, I’d always take part in the science competitions held at the school level. Seeing my interest, my school principal told me about the NASA Ames Space Settlement Contest (ASSC).”

As a preteen, she had designed a three-layered colony in space, and some of her ideas around this will surely leave you awestruck!

“Initially, my colony [will be able to] hold 4,000 humans and 1,000 domestic animals and will be located on the L5 Earth-Moon orbit that is approximately 3.85 lakh km away,” she told the Economic Times.

From the day she enrolled for the competition in 2016, Nidhi used to spend at least two hours after school every day to study for her project. While she was guided by her physics teacher too, in order to get ahead of the grid, Nidhi enrolled for online courses in astrobiology from The University of Edinburgh, Boston University, the Australian National University etc.

Nidhi participated in the ASSC once again in 2017.

Her award-winning project this time was Soham, which is a satellite used to launch satellites.

“Soham is a habitable space colony located 350 km away from Earth at LEO, to build and launch satellites, comprising of an Inflatable Space Station,” Nidhi said.

This year too, she won the first prize at ASSC. This time, she designed a space colony called Swastikam. “Swastikam is a space colony built for synthetically designed and created organisms to adapt, evolve and be independent in the new ecosystem. This helps organisms adapt to change in conditions such as radiation, heat, continuous daylight and lack of gravity,” she explained.

This hat-trick reflects Nidhi’s determination to make a career in cosmology. “I had two reasons for participating in this contest. Firstly, this was a platform for me to express myself, my ideas about space and its elements. The other reason is that I wanted to represent my country. After all, we Indians have been able to prove many theories with the power of imagination alone like the Theory of Parmanu (atom), solar systems and many more,” she said.

We wish this budding cosmologist all the best and look forward to seeing her represent India on an international platform, one day.