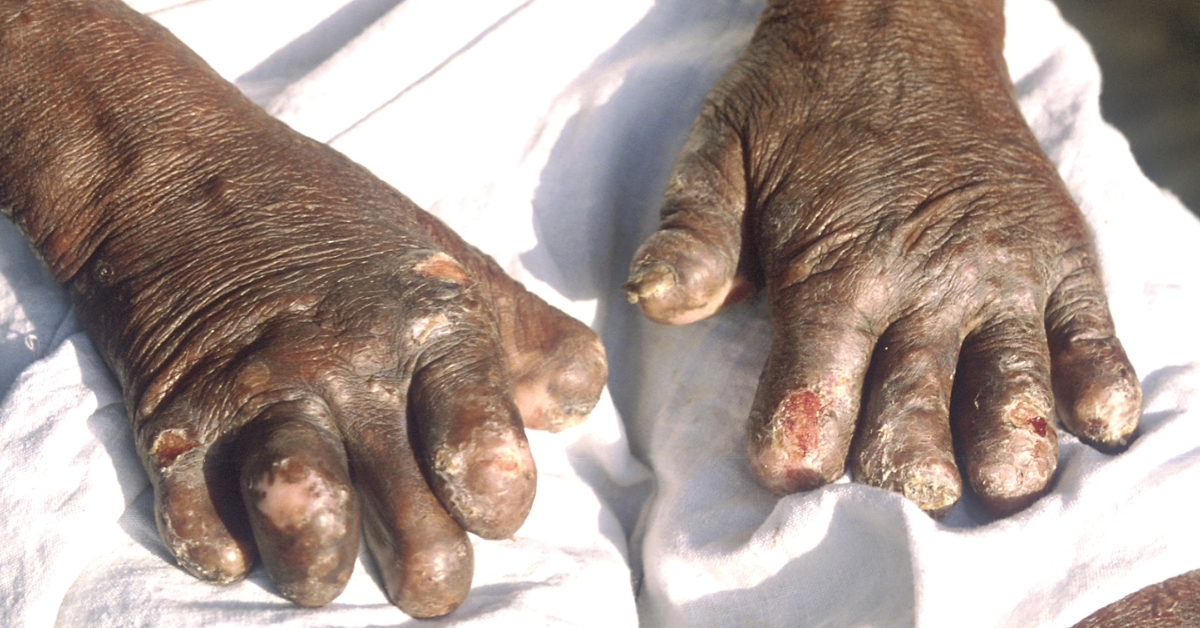 Although India has made serious progress in battling the scourge of leprosy, it still accounts for 60% of new cases reported globally each year.

In a significant development, the highest court of the land has directed the Centre and State governments to eradicate the discrimination faced by leprosy patients and rehabilitate them. Among other things, the court has ordered the government to provide them with reservations under the disability quota and below poverty line (BPL) cards.

“Due attention must be paid to ensure that the persons affected with leprosy are issued BPL cards so that they can avail the benefits under AAY (Antyodaya Anna Yojana) scheme and other similar schemes which would enable them to secure their right to food,” the court said.

These directions from the court were in response to advocate Pankaj Sinha’s public interest litigation (PIL), which argued that the government wasn’t doing enough to eradicate leprosy. The bench headed by Dipak Misra, the outgoing Chief Justice of India, also said that the government must undertake extensive publicity drives informing people that leprosy is indeed a curable disease.

“Medical staff in private and government hospitals should be sensitised to ensure that leprosy patients do not face discrimination,” the court said, adding that “Awareness campaigns should also inform that a person affected with leprosy can lead a normal married life, can have children, can take part in social events and go to work or school as normal. Acceptability of leprosy patients in the society would go a long way in reducing the stigma attached to the disease.”

Moreover, the court decreed that drugs and treatment of leprosy should be available free of cost and primary and community health centres must be stocked with essential medicines at all times.

So, what is leprosy?

It is a chronic infectious disease driven by Mycobacterium leprae, a slow-growing bacterium, and characterised by skin lesions and nerve damage. Left untreated, it results in a loss of sensation and muscle paralysis, particularly in the hands and feet. These debilitating injuries have become symbols of the stigma associated with leprosy. One must remember this is a disease as old as civilisation itself.

Under the Government of India’s National Leprosy Elimination Programme (NLEP), the leading mode of treatment, which involves a triple antibiotic course called Multidrug Therapy (MDT), is offered free of cost. According to this Quartz India report, “once detected and treated by MDT, in 98% of cases, leprosy ceases to be contagious and can be cured in six to 12 months.”

However, if the diagnosis arrives too late, leprosy can cause severe nerve damage and a debilitating condition called Erythema Nodosum Leprosum (ENL), which is marked by a high fever and inflammation of the joints, skin and eyes. This requires a power dose of steroids or thalidomide, besides regular check-ups with the nearest doctor.

Unfortunately, the stigma associated with this contagious disease prevents many from seeking treatment or avoiding government-sponsored care for fear of being outed as a leprosy patient, which consequently results in massive out-of-pocket expenditure.

“Even if (patients) see a few anaesthetic patches, they keep them hidden until they start clawing and develop ulcers,” said Joydeepa Darlong, a clinician at the Leprosy Mission Trust (LMT) hospital in Purulia district of West Bengal to Quartz India. “There’s a huge stigma and superstitious beliefs floating around,” he added.

Although India has made serious progress in battling the scourge of leprosy, it still accounts for 60% of new cases reported globally, every year.

There is only one way to eradicate leprosy—India’s public health infrastructure must do a better job of improving the rate and speed of detection, and to ensure that this happens, governments and private citizens must take efforts to eradicate the stigma surrounding it so that people can come can come forward and claim treatment.

It is for this very reason that the Supreme Court’s directions yesterday, are extremely essential.