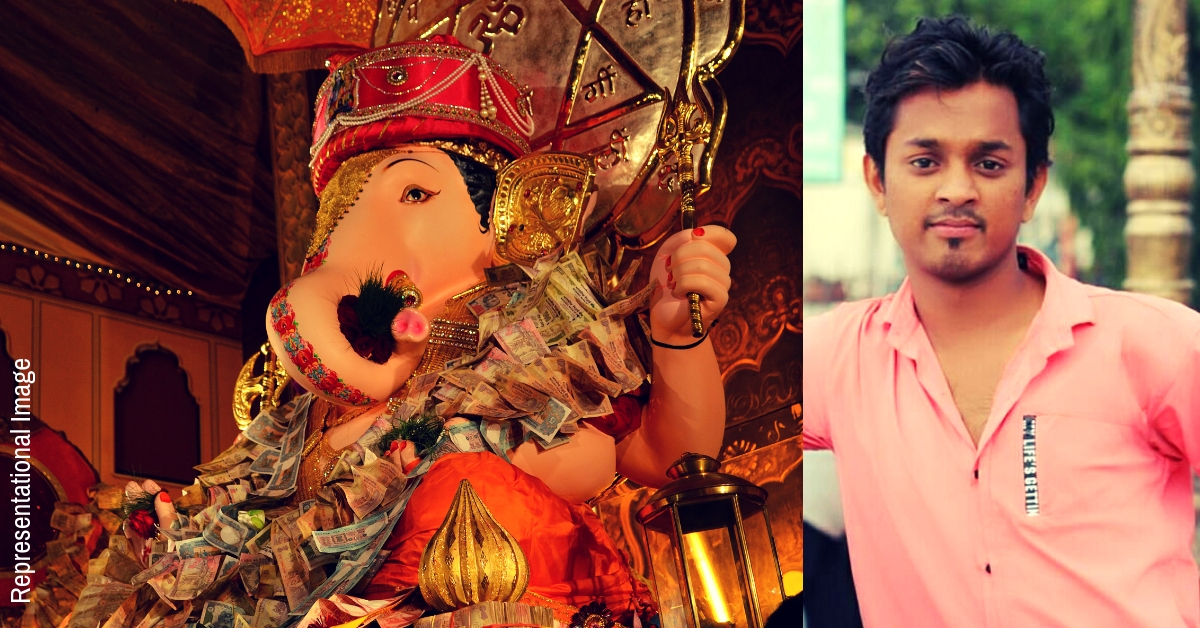 The mandal that usually spends over Rs 5 lakh for extravagant festivities like fancy lights, musical fountains, dhol-tasha troupes and music – has reduced it drastically to a mere 20 percent of the original cost.

As mandals across the city of Pune move from door-to-door for annual collections to set up elaborate pandals this Chaturthi, one Puneri pandal has set an exceptional example.

The mandal that usually spends over Rs 5 lakh for extravagant festivities like fancy lights, musical fountains, dhol-tasha troupes and music – has reduced it drastically to a mere 20 percent of the original cost.

All of this to save a 22-year-old kinless boy!

According to a Pune Mirror report, the Navshakti Mitra Mandal of Navi Peth, established 56 years ago, is now shrinking its pandal to a quarter of its size last year.

From its famous space at the main Ganjawe Chowk on Shastri Road, it will now move the pandal to a lesser known lane near the old Ganesh temple in the area.

The members of the mandal feel this move will help collect funds to help Satish Jori, who underwent a surgery last Sunday.

A resident of the locality, Satish is battling for his life after he sustained serious head injuries in a freak accident. He was discovered bleeding on the floor of his house on Saturday.

The fact that the boy has no family turned into a serious issue as four major hospitals refused to help him since there was no one t take responsibility for him.

But all hope was not lost.

“Seeing his condition and informed of his background, four major hospitals in the city refused to take him in. We could finally admit him to a private hospital in Kothrud,” mandal president, Vilas Navadkar, told Pune Mirror.

After being admitted in Devyani Hospital at Kothrud on Saturday evening, Satish developed complications in his nervous system due to heavy bleeding.

Read More: Green Chaturthi: 6 Mandals That Are Celebrating the Festival the Right Way

He underwent a surgical intervention on Sunday which was successful, but complications arose due to blood clots.

“He is recovering fast, but requires proper care and medication in the next few months,” the main doctor handling the case told the Mirror.

So mandal members decided to trade their celebrations to help the young boy.

“We have saved over 80 per cent of our Ganeshotsav funds to channel into his medical treatment. So far, we’ve spent Rs 1.5 lakh, and we are told we will have to fork out Rs 4.5 lakh in all for him,” Navadkar told the publication.

And though the boy was never directly involved in the mandal, they did not shy away from helping him. They were quick to help him by deciding to use their Ganeshotsav fund for him.

“We have watched Satish grow up in the locality. He lost his mother when he was small; his father also expired five years ago. Two years ago, he lost his only living relative — an uncle. He has no family and nobody to take care of him or bear his medical expenses. So, we decided to step in as his guardian and pay his medical bills; our mandal workers are also taking turns to stay at the hospital until he is discharged,” said another member, Nitin Paigude.

The members added how they aim to make simplicity their ‘hallmark’ this year.

“Grand celebrations can wait until next year. While we will continue with cultural activities, we are pursuing the real spirit of the festival here — Bappa is our guide in espousing this cause,” another mandal worker, Santosh Thombre signed off.

What could be a better way of welcoming Ganesha this year than saving a life?