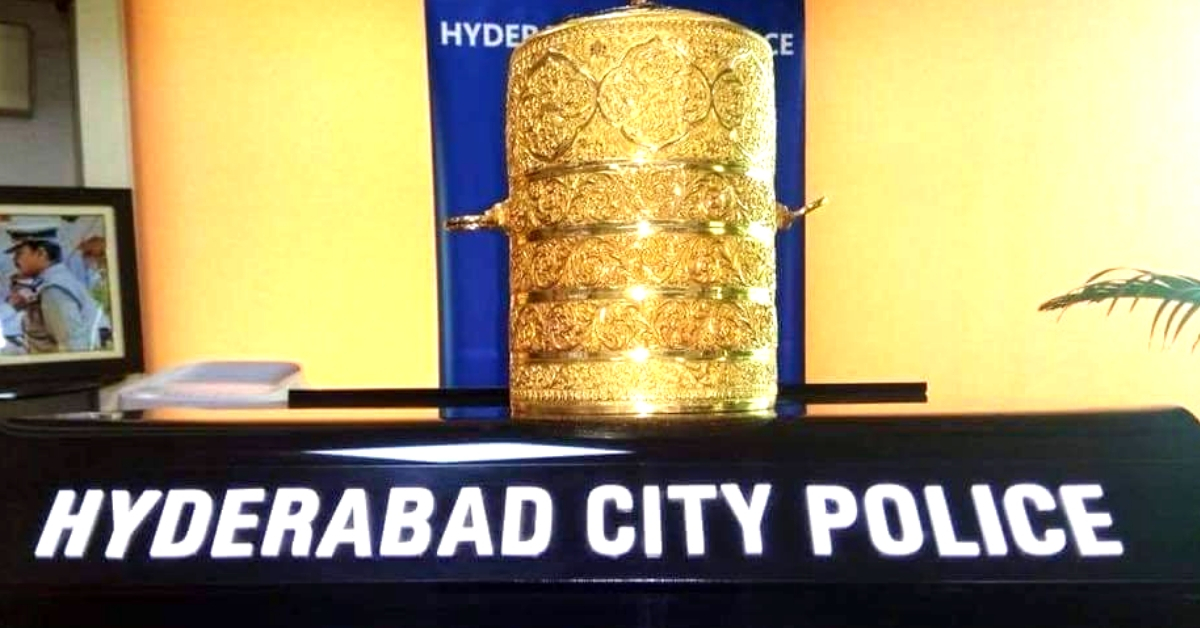 It took them a while, but the Hyderabad cops finally found the priceless stolen artefacts! Image Credit: The Nizam's- Hyderabad

The Hyderabad Police were able to catch a break thanks to CCTV footage.

On the night of September 2nd, two thieves entered the Nizam’s Museum at Purani Haveli in the old quarters of Hyderabad, through a ventilator shaft, reports NDTV.

The next day, all hell broke loose when upon opening the museum, private security guards stumbled upon empty cases and broken locks and also found several priceless artefacts missing. Speaking to The New Indian Express, S Balu Chouhan, the SHO of Mirchowk Police Station said that the astute thieves had even turned the lens of CCTV cameras away from the antiques.

He added that the thieves were also about to pick up a precious Quran with a gold cover when strains of the early morning call to prayer floated into the room. Whether it was sentiment or fear, we will never know, but the thieves left the Holy Book in its place.

How did the thieves get caught?

The museum has 32 security cameras and around 18 exit routes. One camera captured two men riding away on a bike, but the angle made it impossible to see their faces.

The pillion rider was using a mobile phone, and the cops put in every effort to track the call—22 teams went through data from approximately 300 towers—but to no avail, as the cops later figured out that the accused was merely pretending to talk on the phone to mislead them, said Anjani Kumar to NDTV.

Next, the cops went through the profiles of known offenders who had a similar method of operation, and were also slim enough to enter through ventilators. Unfortunately, this search was also unsuccessful.

The cops would have run into a wall, had video surveillance not presented an opportunity. CCTV footage in the Charminar area revealed that the two men on a bike had stopped after the radiator hit a stone. Simultaneously, an abandoned bike that had a radiator problem was found in the Zaheerabad district.

Matching the two vehicles, the cops knew they had a lead. They managed to track down the thieves, who had fled to Mumbai and checked into a 5-star hotel, living the fancy life, until they were caught and brought back to Hyderabad.

Well, post the heist, the authorities in Hyderabad have suddenly woken up to look into security concerns at the museum. The New Indian Express reports that security officials at the institution agreed that the current protection detail was not enough, perhaps indicating the inevitability of the brazen heist.

You may also like:- Maharajas, Myths and Mysteries: The Fascinating History of India’s Jewels and Jewellery

Hopefully, security arrangements at not only the Nizam’s Museum but every place that contains valuable antique artefacts should be made a priority, so that thieves don’t even think about breaking in and making off with valuables!