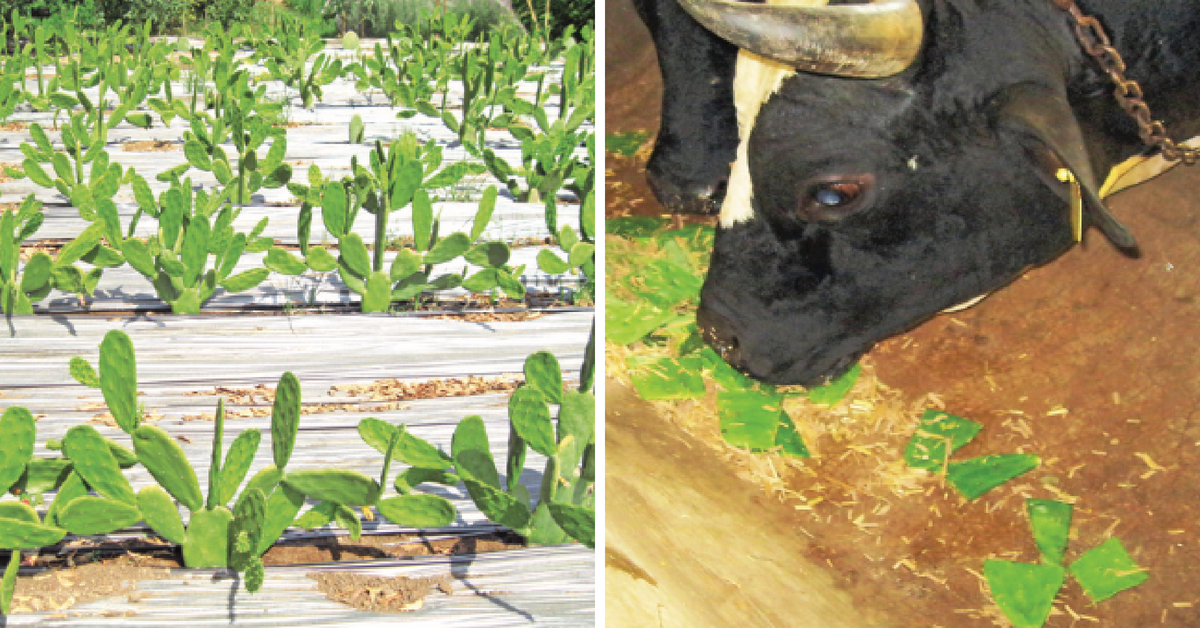 This particular species of cactus is thornless and is common to arid and semiarid parts of the world where it is consumed.

Pune-based BAIF Development Research Foundation (BDRF) has now decided to promote the use of cactus as a fodder for cattle.

The 5Ws and H of Journalism–Who, What, Where, When, Why and How–raced through my mind (and I’m sure yours too) when I learnt about this.

As it turns out, this particular species of cactus, Opuntia ficus, is being used as a fodder for cattle and also as food for us, Homo Sapiens.

This particular species of cactus is thornless and is common to arid and semiarid parts of the world where it is consumed. It is especially popular in Mexico, where the fruit of the plant is used to make jam and jelly. In fact, Mexicans have also used the Opuntia for thousands of years to make an alcoholic drink called colonche.

So how is this used for cattle fodder?

The cattle industry of the Southwest United States began to cultivate the Opuntia as a fresh source of feed for cattle. And soon, it became popular in Brazil and Mexico.

The advantage of using this cactus as fodder are enumerated below:

Ravi Kote, senior thematic programme executive of the institute, said the plant could be especially useful in January, when there is a shortage of green fodder. “Based on our experiments in Uruli Kanchan, we can say this cactus has proved beneficial,” he told Indian Express.

With all these advantages, this species of cactus is sure to be useful and popular among farmers.

Hey, you may also like: Pune Man May Have Found Solution to Trash Troubles: Caterpillars That Munch Plastic!