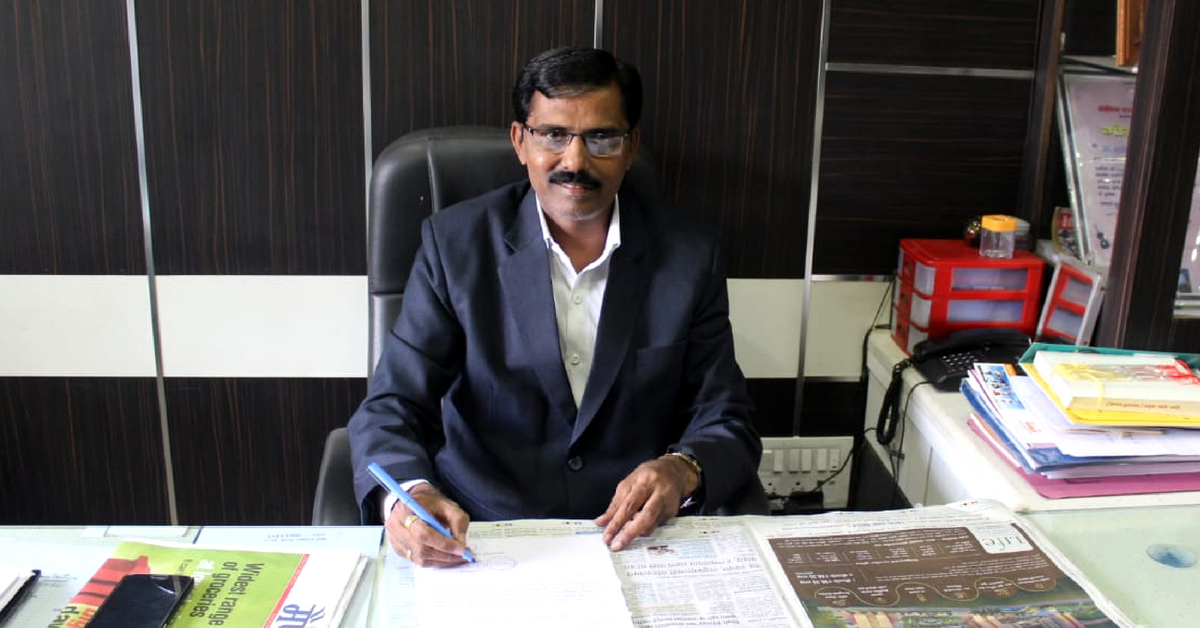 “At that time, the hostel fee was only Rs 10 for a month—this included everything from stay, food to toothpaste, soap and hair oil! But even that meagre amount proved to be too expensive for us, and I almost came close to quitting my studies.”

In school, 5th September was a day all students would eagerly look forward to. It was a tradition for students of Class 10 to dress up as teachers and teach classes 5th to 9th. At the end of the day, when the “teachers” were all done, the real teachers would enter the class amidst applause, and laughter and everyone would rush to give them flowers.

Teacher’s day used to be a special for me as a student. A teacher’s pet, I would get a rose for each of my teachers (the extra red, extra pretty one was reserved for my favourite one). And today as an adult, it seems only fitting that I appreciate teachers that have beat odds and become a driving force for social change through the medium of education.

Mr Satish Gavali from Pune is one such example.

Satish Gavali comes from a tribal Adivasi family in the Indapur taluka of Pune and is the son of a farmer.

The Better India got in touch with him to ask him about his journey from being a farmer’s son to a headmaster of a school in the city, and here is what he had to say.

“I belong to an Adivasi community in Pune. My father is a farmer, and before me, no one in my family was well-educated,” he said, adding that “But my mama (maternal uncle) was educated, and he was a policeman. He always told me that the key to becoming a policeman like him was to study. I wasn’t as interested in that, but he ignited a passion for education in me.”

So, he studied in his uncle’s village till Class 4 following which he returned to his hometown and studied there till class 7. He shifted to a hostel once he passed out from class 7.

“At that time, the hostel fee was only Rs 10 for a month—this included everything from stay, food to toothpaste, soap and hair oil! But even that meagre amount proved to be too expensive for us, and I almost came close to quitting my studies,” he said.

However, Gavali was determined to not quit, so for the next three years, he toiled on the farm during his vacations and borrowed money from his aunt who was relatively well-off.

Satish knew that since he belonged to an Adivasi community, he was entitled to some benefits by law. However, he did not know what those benefits were.

When he took admission in class 11, a kind clerk informed him that he was eligible for a scholarship, given his background.

You may also like: After Bridge Collapses, Uttarakhand Teacher Rappels Across River to Reach School!

Satish got married at the age of 22, and moved to Pune with his wife, who was a clerk in the Pimpri Chinchwad Municipal Corporation in Pune district. For the next few years, the duo would travel about 80 km every day to get to their respective jobs. Even during these hectic years, he continued with his education, and acquired a BA degree (History and Marathi), an MA and then another MA in Education!

Alongside this, he was also promoted from being a peon to a teacher and then finally the principal of a school in Pune in 2003. His journey of consistent academic excellence and work as a teacher and principal earned him the “Ideal Teacher” award—the first from Maharashtra—in 2016-17!

As a principal, he has taken positive steps to change the face of education in his school, the Modern High School.

Speaking to Sakal Times, he said, “We have ‘no books day’ for classes 5, 6 and 7 on Saturday. It is followed by an interaction day for the students in these grades. Classes 8, 9 and 10 have cupboards which we have installed with the help of parents and teachers so that the students don’t carry essay books, practice books and homework books daily. If a teacher assigns self-work or homework to the children, then they are supposed to finish it in the class within the given extra time.”

Every year, principal Gavali and his staff help about 20 underprivileged children by buying them books and stationery items and also funding their annual picnics.

Gavali’s own journey has made him realise that education is the key to move forward in life. That, and an equal opportunity for everyone—whether urban or rural, rich or poor.

“We need to develop their personalities and make them confident; they should never give up and also be conscious citizens. Hence, from maintaining a robust scout guide programme… to maintaining an Ayurveda garden with teachers and making paper bags to distribute near temples to raise environmental awareness, students have been involved in everything,” he told the Indian Express.

Today, he sees his pupils grow from young kids to able professionals who are working in respectable fields. He mentions that his most memorable moment was when a Class 10 student, who was leaving school, said that the institution stopped feeling like a strict, confined place since the year Satish joined as a principal. His new policies, a new open form of communication and his dedication to the betterment of school, was what brought the young student to love him.

Perhaps people like Satish Gavali, who are willing to uplift their students in heartwarming, inspirational ways, are the kind of educators that India needs right now.