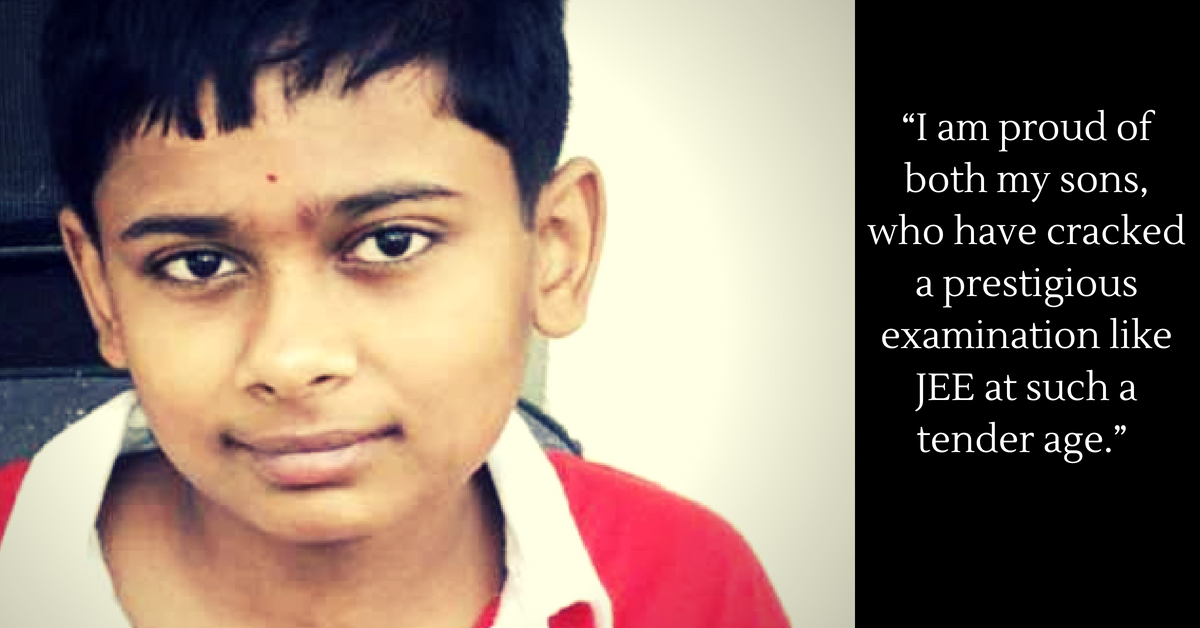 The sons of a Bihar farmer, brothers Satyam Kumar and Shivam Kumar overcame odds to crack the prestigious IIT-JEE while still in their early teens!

The JEE Exam is taken by lakhs of engineering and architecture aspirants. Naturally, competition is fierce, and there is zero margin for error. Especially for those coming from adverse circumstances, this exam can be a climbing rope out of the well of poverty.

Here are two brothers, both sons of a Bihar farmer, who did just that. Battling very adverse circumstances, they aced the JEE exam and changed the course of the future for their family.

And they did all of that while being the youngest ever to pass the exam!

Satyam and Shivam Kumar of Bakhorapur village are true child prodigies. According to India Today, Satyam was 13 years old when he cleared JEE Advanced in 2012, with an impressive all-India rank of 679. Shivam Kumar, his brother, cracked the JEE Advanced 2018 with an All India Rank of 383, as per a report in the Hindustan Times.

Both are sons of a farmer from a village in Bhojpur district. The father is naturally pleased and told the publication that he is proud of his sons for cracking the prestigious examination at such tender ages.

Satyam Kumar had appeared for the JEE exam, aged just 12, in 2011 and had secured an All India Rank of 8,137. Displeased with the results, the young pre-teen resolved to reappear for the examination to improve his rank.

He went to Kota, Rajasthan, to pursue his goal. He hunkered down and studied hard–only to hit the bull’s eye with the IIT-JEE results in 2012.

Crediting his family and teachers for his success, Satyam told India Today, that he was brought to Patna from his village for his initial studies aged just six years. Early on, Satyam showcased brilliance and was taken to Kota by one of his uncles, Ram Pukar Singh.

Initially, schools refused to admit Satyam due to his age, but he stunned them with his brilliance. Ram Pukar is a Kota resident and said that Satyam followed a strict regimen, sleeping at 10 pm and waking at 5 am, every day.

His focus on his mission paid off, as Satyam is now at IIT Kanpur, pursuing MTech, all set to pursue a programme at the Carnegie Mellon University, in the USA.

Naturally, academic brilliance seems to be in the genes, as like his brother, Shivam too is a great student. He got 92% marks in the Class 12 exam held by the Central Board of Secondary Education and has been a National Talent Search Examination (NTSE) scholar.

As of this year, Shivam is the youngest person to clear the prestigious JEE exam, with a stellar rank being the cherry on top.

Arriving at Kota aged just 5, along with his elder brother, Shivam was given direct admission into Class 3 of a private school, after performing well in their entrance test.

The computer science enthusiast credits his uncle, Ram Pukar Singh, for being with him and his brother Satyam during their schooling and coaching in Kota. He also credits the director of the Resonance Coaching Institute, that guided him and Satyam in the right direction.

Shivam told Hindustan Times that it was a combination of regular studies, notes, revisions and problem-solving, that helped him ace the famously difficult exam.

You may also like:- Attention, Students! Govt to Provide Free Coaching For JEE, NEET Exams From 2019

With the elder one already carving his path and charting out a career, it is indeed heartwarming to know that the farmer, Siddhanath Singh, and his wife Pramila Devi, will be well taken care of by their two accomplished sons.