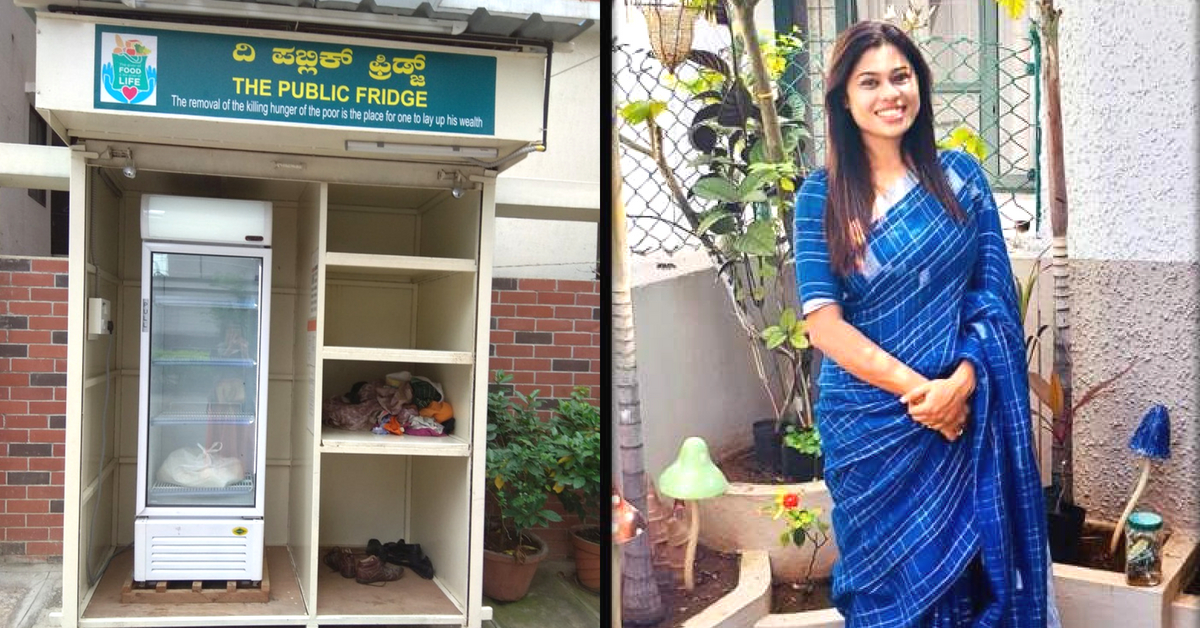 Issa Fathima Jasmine is the founder of the Public Foundation that runs public refrigerators in Chennai and Bengaluru.

A newspaper report on a public refrigerator in Bengaluru caught our interest, and we wanted to know if the concept worked.

When we reached the allocated destination, we were delighted to see there were old clothes stacked, shoes and food in a cover in the refrigerator.

Particularly, there are shelves like in a cupboard where one can leave shoes, books, toys, utensils along with food. We did a short video last week when we reached the BTM Layout refrigerator venue so that it would encourage us and others to contribute excess in our homes time to someone in need if the excess in a good, usable condition.

We found out that there was a single individual who began this initiative and wanted to know more on the concept, the idea and what promoted this individual to take this wonderful concept ahead with public support.

It added to our happiness when we found that the individual was also a mum. It is so very much required to highlight mums like these who can surely inspire others.

, the founder of the Public Foundation that runs public refrigerators in Chennai and Bengaluru. With four in Chennai, the interest shown by a Bengalurean who took on the role of a project coordinator for this concept in his area brought it to the city.

Speaking to Mums and Stories, Issa Fathima Jasmine shares, “It all began when I would give excess food to a lady near my house as I didn’t like food going waste. There would be many occasions when I would have excess food, and I wouldn’t even know whom to share it with except this woman. Unfortunately, she died, and along with the bond of being disconnected with the person, I had the problem again of throwing food to garbage just because it was in a little excess quantity at home. Soon it got me thinking of my wishlist if there was a space where the food can be kept, and someone in need could utilise it the same day.

Then the idea of the refrigerator came along, and it was time to work with the corporation or the malls. I was doing rounds across different spaces and talking to various people but without any luck. Most people just couldn’t understand what I was trying to convey through a public refrigerator. They kept asking questions like, “Who will ensure what happens to the food? Will it remain good or go stale? Who will pay for the electricity? What will we benefit from this?”

Large stores had concerns if their business would be affected by keeping such refrigerators outside their stores. I didn’t have all the answers, or perhaps I was not good at convincing everyone. Then I had to do a recheck on going and getting things done. So as a primary step, we registered the organisation as it is a group and community effort rather than one individual taking this concept ahead.

Also Read: “My ‘Special’ Daughter Gave Me a Life Worth Living”: A Mother Who Didn’t Give Up

Then it was time to visit the corporations again and finally, they came around on agreeing for the initiative. So now it is Public Foundation which runs this concept with the help of volunteers, project coordinators, people who contribute food, shoes, clothes and even people who utilise it without any embarrassment.

Now there were more conditions from the end of the corporations and the agencies. We had to be careful that the refrigerator was placed where there is no risk of an electric malfunction. It couldn’t be at a place where roads were being dug, and so many issues came up, which we weren’t aware of when conceptualising the project. As the refrigerator is generally placed on the main road, issues come up and need to be addressed.”

Issa Fathima continues, “It is incredible how most of us living in urban landscapes assume people who are in the lower ring of the ladder and the society have access to food, or even nutritious food all the time.

We have had bus drivers, auto drivers, bus conductors, taxi drivers, beggars, destitute walking and picking food and other things and continuing in their lives. Only when I started the project, I realised how many drivers and others who can’t afford good nutritious food make do with just rice and gulp it with water. So now, we ask people to sometimes leave even raw vegetables (in good condition only) in the refrigerators.

Issa Fathima Jasmine, talking to Mums and Stories, talks about her various interests, “The project is an important part of my life, but it is really important,” she stresses.

She shares, “I am also an orthodontist, a mum to a 15-year old who encouraged me to get this done. I also run a boutique and pursue other interests. It is strange that many were advising me that I am too young to begin a charity. So when is it a good time to start something noble? I used to organise cloth recycling drives even in college, over a decade ago.

When we asked Issa Fathima Jasmine if there have been instances which have made her more connected to this initiative, she answers, “Many times I have cried from a distance, watching someone expressing a huge smile just by seeing food in good condition, rather than sorting it from the garbage bin. So many clothes now come to the shelves along with stationary and even toys too. I am very sure those who pick it up have a lot of cherished value in their lives.”

The Public Foundation is looking for interested project coordinators, volunteers and others who can help them in setting up more refrigerators in areas in Bengaluru or elsewhere.

For more details, get in touch with them on thepublicfoundation@gmail.com or call at 9884466228.

We at Mums and Stories wish Issa and the team to lead and bring more such initiatives in their neighbourhoods for others to learn, imbibe and share.

This article was originally published by Mums and Stories