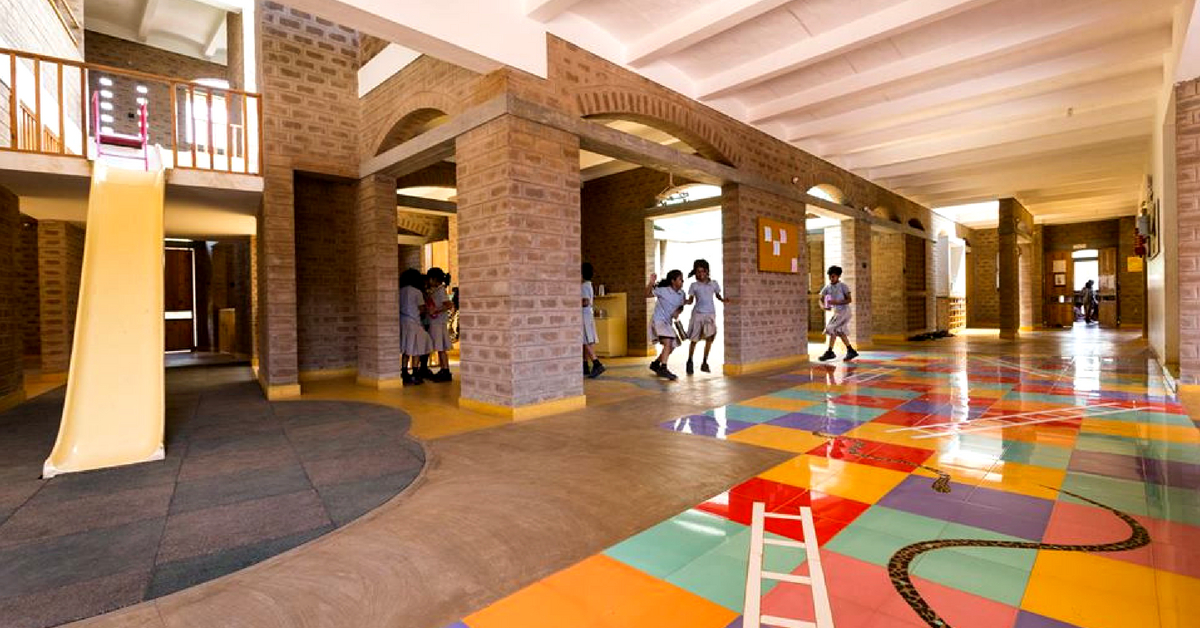 When I read Totto Chan as a child, I wondered if I would feel any different about going to school if mine was like hers, in a railway carriage?

Many of us look back at the time we spent in school with nostalgia, but we will also agree to the fact that when we were in school, it wasn’t the happiest of places. Heavy bags filled with books, hundreds of students in a uniform, every hour accounted for, punishments etc. Back then, there was no option but to attend school even if you did not want to and when I read Totto Chan as a child, I wondered if I would feel any different about going to school if mine was like hers, in a railway carriage?

Well, maybe that would be asking for too much, but I have a feeling that it would have been much more interesting. Well, here’s a list of six unique schools in India, which will make you want to go back to school!

The ancient lake of Loktak is used to generate hydropower, irrigation and also provides drinking water supply. Now, the largest freshwater lake in North East India is also home to a floating school!

The Loktak lake school was formed to provide proper education to high school dropouts and the children of fisherfolk, who could not send their children to any other school away from the village.

Speaking to the Indian Express, Oinam Rajen Singh, a resident of the Champu Khangpok village said, “As most of us are uneducated and mostly depend upon fishing as a meagre source of income, we are unable to send our children to school to another place. So, looking at the current scenario, we decided to set up a primary school here initiated by the All Loktak Lake Areas Fishermen Union, Manipur (ALLAFUM) in collaboration with the People Resources Development Association.”

Kanai Lal, an expert in the fields of livelihood, forestry and sustainability, started this school in the laps of the mighty Himayalas. His vision was to give the children a holistic understanding of everything from mud houses to microchips in a unique fashion.

Speaking to The Better India, Sumit Arora, who is carrying forward Lal’s legacy said, “We teach children at their level using the pedagogy best suited for their needs. We also encourage children and adults to be fearless and curious while being empathetic and respectful towards others, promoting a non-competitive environment where learning is not measured against anyone else.” You can read the entire story here.

This one probably comes closest to my Totto Chan school fantasy. The platform school near Patna was started by Inderjit Khurana to educate poor orphaned kids who used to sell tea on railway platforms.

Although about 100 kids joined soon after she started the school, she realised that merely teaching them lessons would not be of much help. These kids came from an underprivileged background and learning essential life skills, like medical aid, was of utmost importance. Also, they needed to be counselled, and all this would have to be engaging and fun. Gradually, she incorporated these ideas into the syllabus.

Speaking to India Today, Ajit Kumar, a teacher at the school, said, “I am trying to educate the children to help them lead a life of dignity in future. A majority of them are drug addicts and can join the world of crime if nothing is done to educate them.”

Walking in fields, learning about wildlife, playing instruments, swinging on a tyre in corridors. No, these are not summertime activities but what a regular day looks like at the Yellow Train School in Coimbatore. The teachers here talk to you like friends, take you on walks in organic farms and teach you pottery. This school seems like a never-ending vacation where students grow together, learning the values they’ll need in life. The focus is more on the development of a child rather than on textbook lessons. Their introductory video is all the explanation you will need about the school.

5. The “Smart” school in Maharashtra

Sandip Gund upturned the common perspective about Zilla Parishad schools by replacing textbooks with tablets and computers and today, this school in Pashtepada, Maharashtra is now a model for 500 more schools in the state.

Speaking to TBI, Sandip said, “I noticed that students would often bunk schools to watch TV in a villager’s home. It was the only house with a TV. I thought of channelising their interest in digital content to something more useful. This is when I got a donated computer for the school and started using science, animation and other interesting ways of teaching the children.”

You can read more about the unique school here.

Here, students hardly use textbooks. Instead, they speak, discuss and learn from each other. Whether it is English, Maths or any other subject, the approach is to use puzzles, apps and games to learn. And the classroom? It stretches over 2.5 acres, in the open air! The children read and discuss classic books like Animal Farm, Gulliver’s Travels and Macbeth from an early age. They are also shown movies that focus on important issues. “The idea is to bring alive stuff and to do it in an engaging manner,” says Arghya Banerjee, the founder of this school.

You may also like: Want to Communicate Better With Your Kids? Try This DIY Kit by Govt. School Students

The children in the school come from various backgrounds—in fact, many belong to families where English is not spoken, and yet, the children discuss the underlying messages in books like Animal Farm and Macbeth.

Intrigued by this unique school? Read all about it here.

This school in Madhya Pradesh is genuinely one-of-its-kind! All 300 students enrolled in the school are ambidextrous, which means that they can write with both their hands! The students are trained to write using both hands from Class 1 itself and are also taught six different languages.

Watch the video to find out more about the school.

Focussing on practical learning, eco-friendly living and a complete shift from the formal educational system, the Students’ Educational and Cultural Movement of Ladakh (SECMOL) has gained appreciation from millions across the country. After its success, Sonam Wangchuk, its founding director, embarked upon a host of other initiatives and you can read about them, here.

Young Vivek was not as much interested in formal education as he was in an off-beat vocational skill—carpentry! His parents had realised early on that the traditional education system was hindering their son’s talent so they started searching for a school that would not just encourage but also polish these skills, and their search ended when they came across the Aurinko Academy in Bengaluru, which defines itself as a progressive learning space. Speaking to TBI, his mother, Rashmi, said, “We could see the change in him almost immediately. Within a few months in the institute, Vivek found himself intrigued by carpentry, which was one of the subjects taught amidst the various genres in their unique curriculum.”

Here is Vivek’s story and how he found the perfect school to polish his talents.

10. Ananya—a school without textbooks or exams!

Dr Shashi Rao would look at underprivileged children growing up in abusive homes, and it bothered him that they would not get to attend school because of a host of reasons, including an unsupportive family environment. Wanting to do something about it, Dr Rao got together with other people who also felt a need to impart education to these kids, in an interesting and unique fashion.

You may also like: This Kolkata School Got Its Students To Run a Food ATM That Feeds 150 Kids A Day!

They began by interacting with the children at Dr Rao’s home and in public parks etc. discussing topics ranging from cricket to the weather. From these everyday topics, they moved on to subjects like mathematics and geography. Gradually, Ananya, the trust started by Dr Rao became a full-fledged school, but of a unique kind —it teaches children who belong to an underprivileged background. Read their whole story here.