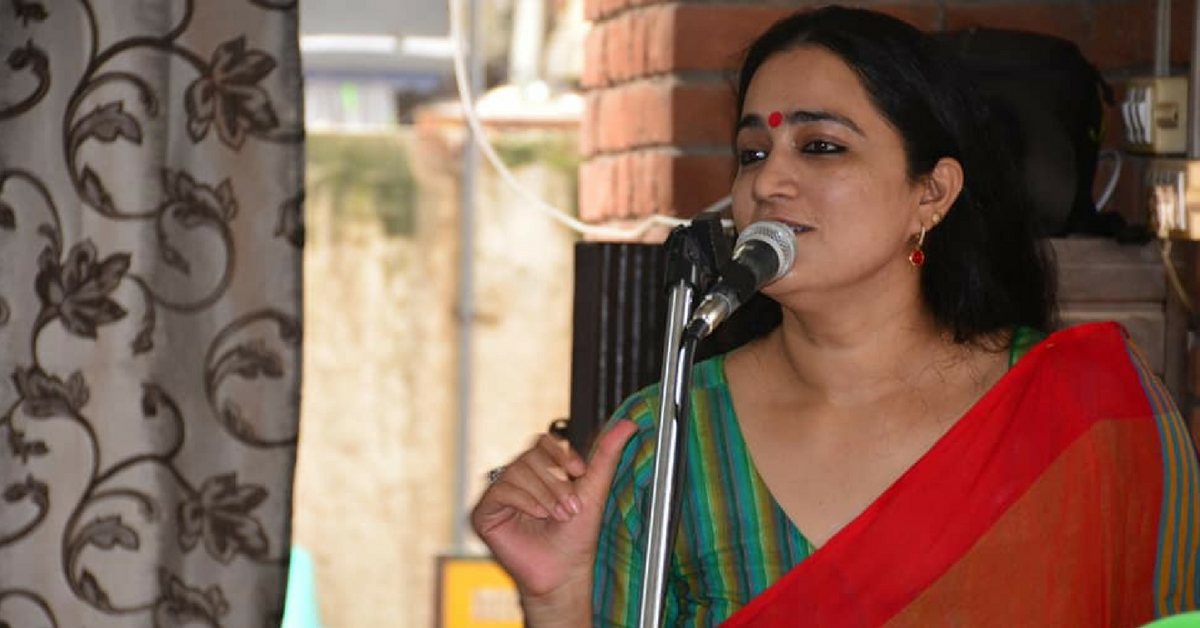 Taekwondo has helped these kids in Haryana find focus, despite having to contend with extremely difficult circumstances.

41-year-old Amita Marwah has a black belt in taekwondo. Her initiative, a summer camp that started in 2011, has turned into a mission.

The mother of two from Panchkula, Haryana, has been training slum children every day from 5:30 pm to 7 pm in Hallomajra.

The apple indeed doesn’t fall far from the tree, as both her daughters, Himanshi and Ishani are also trained in taekwondo. A total of 18 children trained by Chandigarh’s Amita, and as reported by the Hindustan Times, these kids have participated in international events and won medals.

Take, for instance, Parmod Kumar and Suraj Kumar, both from the slums of Hallomajra, who travelled to Bangkok to participate in the Third Heroes Taekwondo International Championship and Para-Taekwondo 2017, organised by Thonburi University. The event had participants from around ten countries, including Hong Kong, China, Uzbekistan, Iran, Indonesia, Singapore, Malaysia, Philippines, Laos, Bangladesh, Pakistan, Ethiopia, Nepal and Qatar.

Parmod attests to the power of focus that martial arts provide. The Class 11 student of a Government Senior Secondary School, Sector 47, Chandigarh, told the Hindustan Times that the sport has helped them channel their energy. The son of a factory worker, Parmod also works as a waiter with a catering company to contribute to the family income.

His friend, Suraj, says that the training is free, but to be worthy competitors to those from other countries, good stamina is paramount, and for that, a good diet is a must. Suraj also works as a waiter, and whatever he earns, he puts into his diet.

There are around 450 students from different slums, being trained in the martial art, including around 50 girls. Amongst them is Ashish, a student and a trainer, who has applied for admission to a graduation course. The son of a ‘kirana’ shop owner, he too works as a waiter with a catering company.

Having participated in events in Nepal, Sri Lanka and Thailand, Ashish’s sport supports his education, which in turn increases his prospects of getting a good job.

Amita herself, a Bachelor of Science Graduate in Medical Lab Tech, began to learn martial arts when she was in school. After getting married, she carried on doing so, according to The Logical Indian.

You may also like:- Mom of 2, She Chased Her Dreams to Win Boxing Gold After 5-Yr Gap!

Her classes in Haryana, called the ‘Amita Marwah Activity Society’, have come a long way, and today, are part of the registered society for underprivileged children. She told The Logical Indian that her husband and children have supported her a lot, and have been her backbone all these years.

Well, under her tutelage, underprivileged kids in Haryana are surely punching their way out of difficult circumstances.