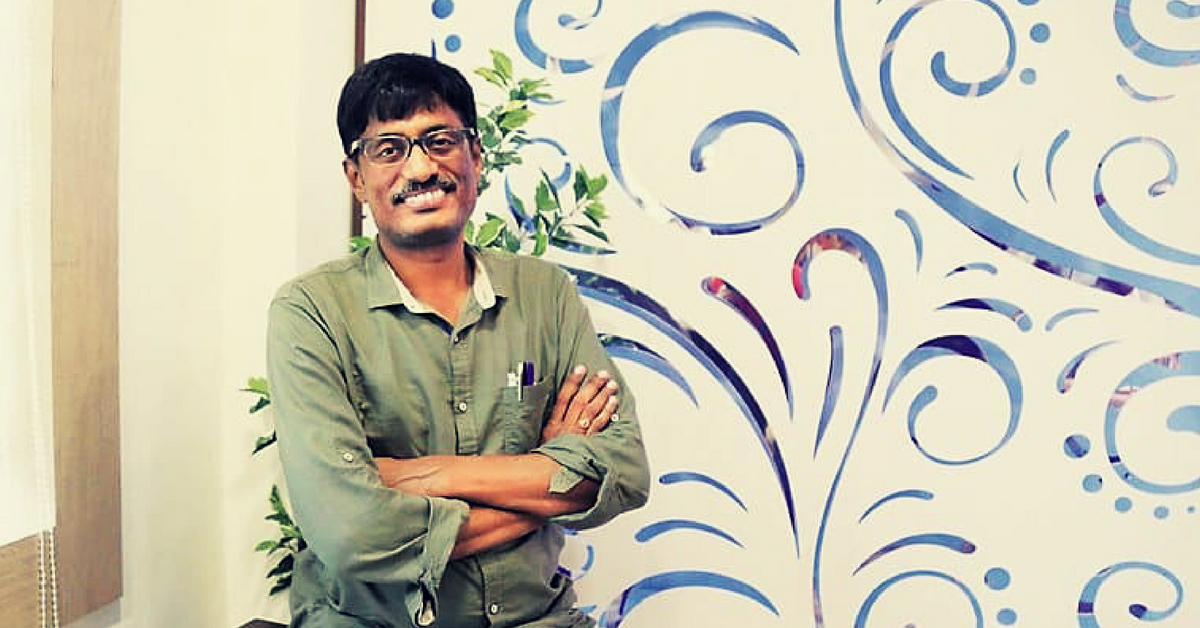 When he was selected and presented with the option to work with the prestigious Indian Revenue Services, he refused. Instead, he opted to work as an agricultural research scientist with the Indian Council for Agricultural Research (ICAR) to work with the tillers of the soil.

Dr G V Ramanjaneyulu or Dr Ramoo as he is known, was born in a family where his grandfather practised agriculture but had quit and moved on to work for the Indian Railways. Ever since, most successors of the family continued to work for the national carrier. But Dr Ramanjaneyulu embarked on a road less taken. Much to the surprise of everyone, he decided to pursue a PhD in agriculture.

Passionate about the civil services, he even put in several hours of hard work to crack the Union Public Service Commission examination in 1995.

But when he was selected and presented with the option to work with the prestigious Indian Revenue Services, he refused. Instead, he opted to work as an agricultural research scientist with the Indian Council for Agricultural Research (ICAR) to work with the tillers of the soil. 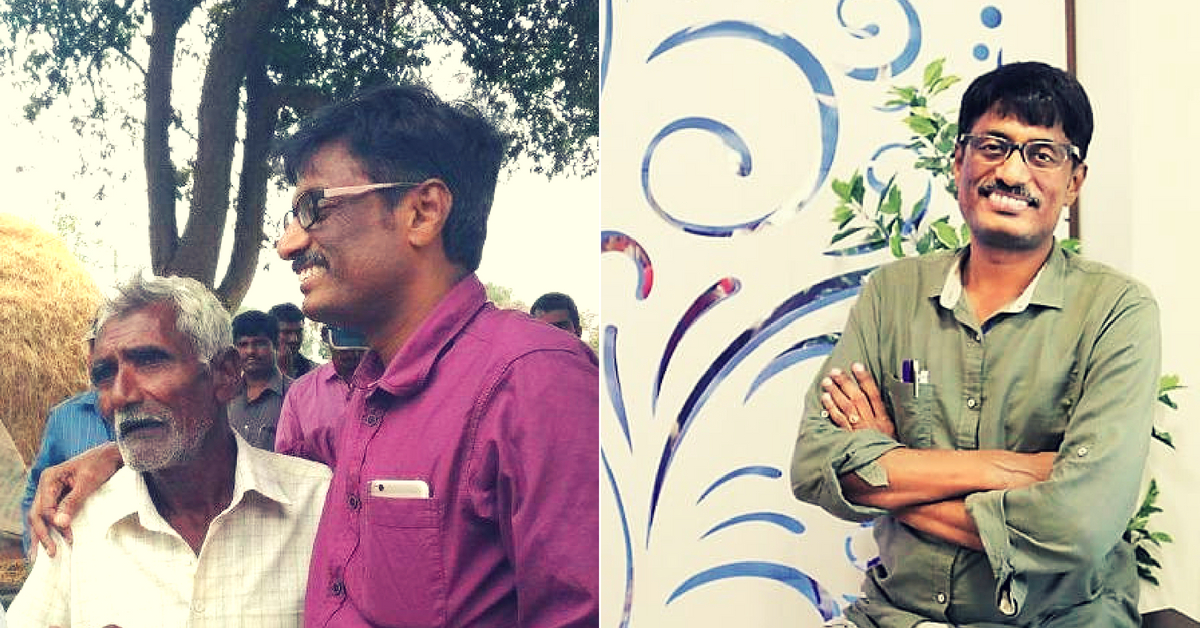 And before you think, his work with the Indian Council of Agricultural Research would bring him peace, let us tell you – it didn’t. After serving the council from 1996 to 2003, he quit, to establish a non-profit organisation called Centre for Sustainable Agriculture in 2004.

He recalls his journey in an interview with The Better India.

“It was at a time when farmer suicides were rampant across the country, particularly in Andhra Pradesh. As consumers, you and I are always concerned about how to put food on our plates. But how many of us think about the men/women who toil in a field to put it there? The distress of the Indian farmer is real and life-threatening. Hundreds of them were being hospitalised, either due to pesticide-poisoning during production in their fields or were consuming these pesticides to kill themselves after going bankrupt.”

And so, the Centre of Sustainable Agriculture (CSA) was formed to propagate sustainable agricultural practices, that would not only pull distressed farmers out of perpetual poverty but also create a model that could be scaled, through the support of state governments.

From 2005 to 2008, they partnered with the Society for Elimination of Rural Poverty, (SERP), the then Government of Andhra Pradesh, which is a federation of women self-help groups. Training women farmers for 45 weeks over two seasons through Farmer Field Schools (FFS), they helped propagate Non-Pesticidal Management (NPM). This led to freeing over 30 lakh acres of land from chemical pesticides across 7,000 villages. 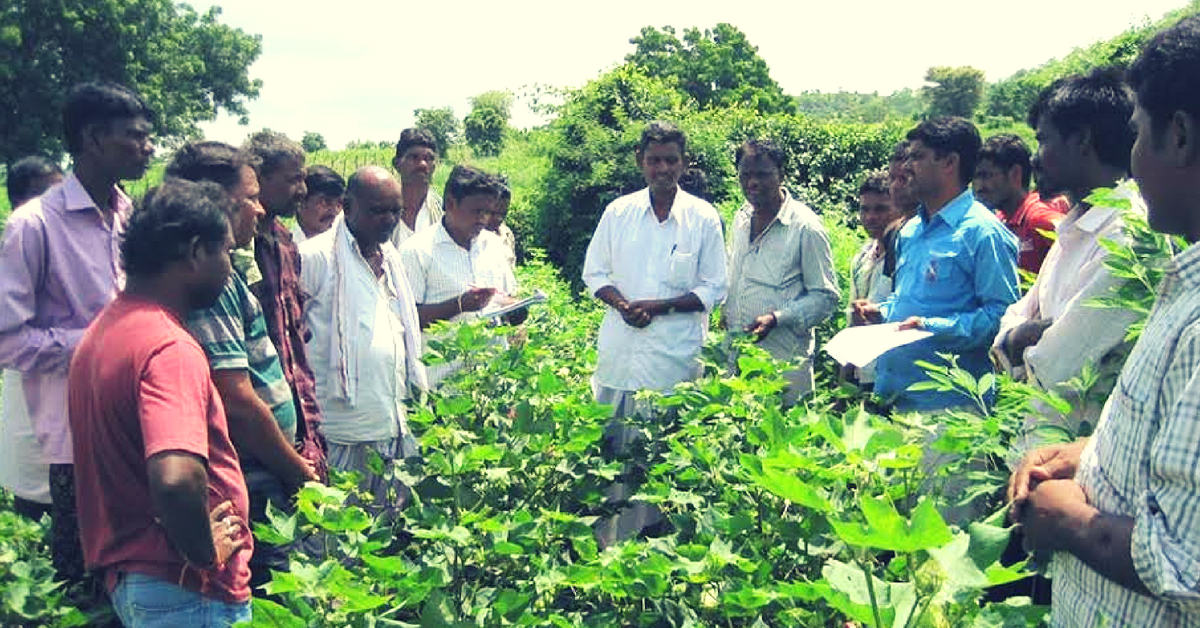 As is clear by the name, non-pesticidal management excludes the usage of chemical pesticides in agriculture.

Instead, it propagates the usage of homemade concoctions made from neem, garlic, chillies, plant and herb extracts, cow dung, cow urine and other local resources, along with various traps for pest control.

It cuts down costs drastically, almost to the tune of Rs 5,000 per acre. Further, it increases the yield and reduces risks over time, along with fetching better market prices. To put it simply, it is the first step towards organic farming, with the use of green manure, compost, crop rotation and intercropping techniques to enhance soil fertility.

By 2010, the model that CSA was promoting had spread to 13 percent of Andhra Pradesh, bringing the state’s pesticide usage down by 50 percent.

It was only the beginning of Dr Ramanjaneyulu’s journey to transform the lives of thousands of farmers across distressed districts in Maharashtra and Punjab, among other states.

“In Maharashtra, the residents (all farmers) of Dorli, near Wardha, had put the village up for sale in 2005, because they were indebted and farming was no more economically viable. 12 years later after adopting the NPM/organic model, the farmers are yielding better produce than they ever did. Even Punjab, which is infamous for overuse of pesticides has seen a number of farmers shifting to the model.”

The model has seen entire villages go organic, the most iconic example of which is the small village of Enabavi in Telangana, with 51 families and a population of 207. The period from 1975 to 1995 in the village was a chemical disaster where despite huge investments, the returns were meagre. Farming became like gambling.

The villagers realised this and adopted organic practices, and by 2005, their village was declared an ‘organic village’. 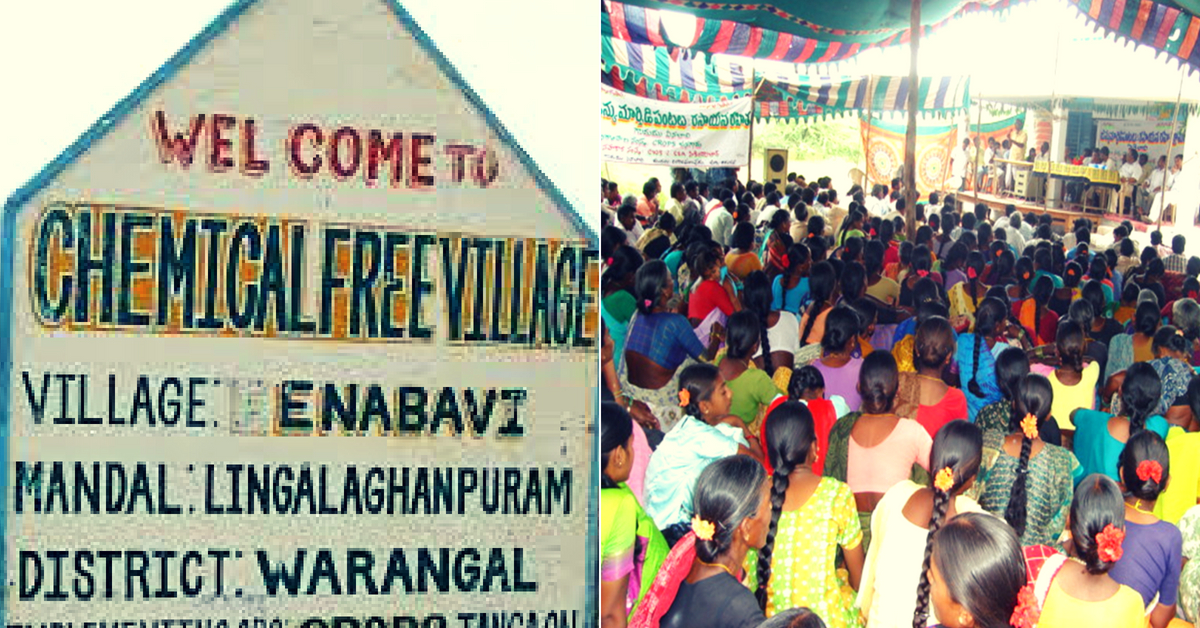 Milching animals were treated better than ever before due to manure and dairy farming. The farmers today have to produce their seeds and make selections. Today, their food is just as pure as their air. They have water in surplus due to the various water conservation methods they have accepted. It has become a model village in India.

It was only a matter of time until Dr Ramoo and his team realised that apart from sustainable practices, they even had to create a platform to help farmers get the maximum share of consumers for their produce. This led to the establishment of Sahaja Aharam, where consumers and farmer cooperatives trade directly, without the interference of middlemen.

Today, the producer company is owned by 22 farmer cooperatives (with 5,000 farmers) and has online as well as retail stores in Hyderabad, Visakhapatnam, and Mumbai.

Dr Ramoo plays an active role in helping the farmers keep the business running. “We are now exploring food processing facilities too, so it serves as an alternative source of income for the many farmers struggling to meet ends in their villages.”

Asked about the impact of his work in the several villages across India, he proudly says, “In the last 14 years of our journey, we haven’t had a single farmer commit suicide in the villages we have worked. That, to us, is the biggest achievement.”

A couple of years ago, CSA also started a helpline for farmers called the Kisan Mitra, where any farmer can dial 1800 120 3244 (toll-free) or 08500983300 to get information or share their grievances about government facilities they are unable to avail.

“Kisan Mitra is a farmer’s call for help. If a farmer is in distress due to lack of information or issues related to insurance, production, market or government support regarding land records, loans or subsidies etc., we join forces to address these concerns and get in touch with district authorities to speed up delays, if any. In one district of Telangana, we received over 6,000 calls, of which we were able to resolve over 3,000 issues. We are working towards bettering this model and scaling it up for the country.”

The team is also working with the farmers and breeders to create an ‘Open-Source Seed System’ across India which will ensure free and fair access to good quality seeds to farmers at affordable prices. 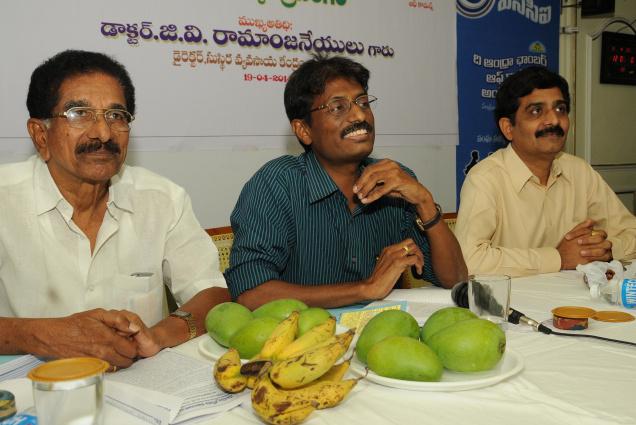 “We are working with groups across four countries in the world on similar lines and hopefully, will be able to execute the idea in India as well,” says Dr Ramanjaneyulu.

“When India is opening conversations about a Swachh Bharat, then why not Swachh Kheti (Clean farming) and Swachh Ahaar (Clean Diet),” says the man who has launched an insecticide-free and pesticide-free farming movement in India, as he bids adieu.