This Photographer Is Making Learning Special for the Differently-Abled 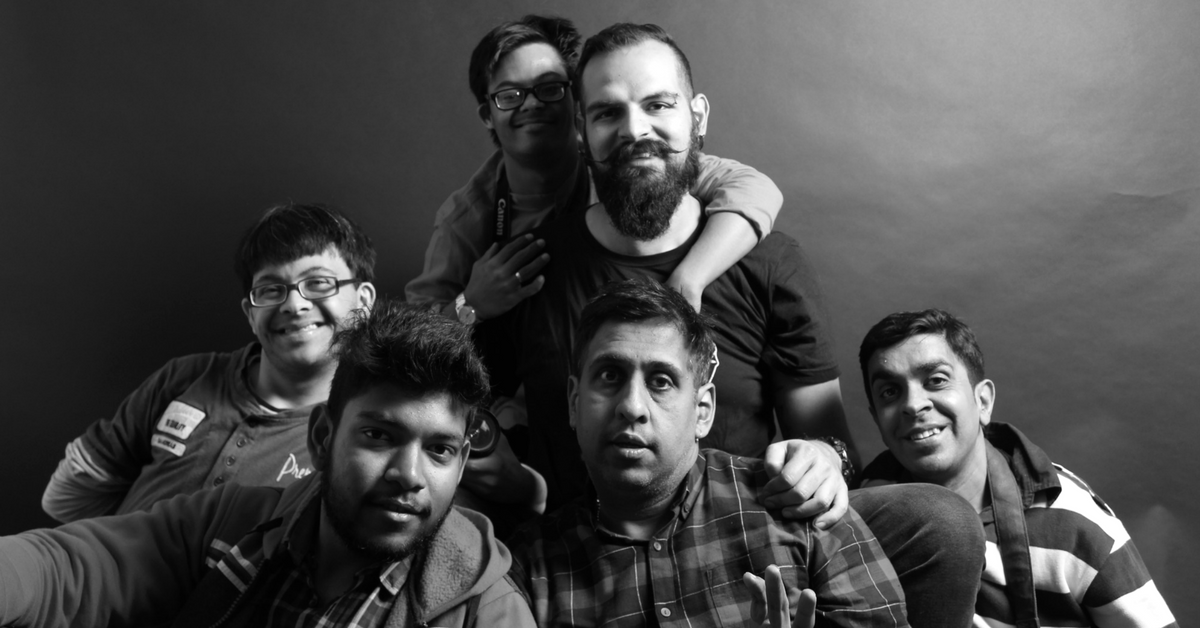 “For a parent, a special needs child just getting past class 10 is a big achievement, not because the child is incapable of getting ahead, but because of the inability of the parent to think beyond class 10,” he says.

“It’s not our disabilities; it’s our abilities that count.” – Chris Burke

Delhi-based photographer and copywriter Mohit Ahuja started an organisation to break stereotypes against disabilities, which he christened Know Disability.

In 2015, Mohit quit his job and put together a 10-day photography workshop for people with disabilities. There were a dozen participants, of which five persisted and continued with Know Disability.

In an exclusive interview with The Better India, Mohit speaks about how he started the organisation, the challenges of dealing with parents of special needs kids and breaking stereotypes along the way.

Having grown up with a sister who had special needs, Mohit feels he was always predisposed to understanding them. He is a firm believer in creating awareness about their needs and feels that that is the only way to make society more inclusive.

“My sister is 43-years-old now and continues to go to an NGO where she spends her time. The sad part is that beyond making candles and diyas and baking cookies, they do not let these special people explore their abilities.”

“They are capable of much more than you and I can imagine,” he says, with conviction.

He goes on to say that parents themselves are unfortunately not willing to see that potential in them. “For a parent, a special needs child just getting past class 10 is a big achievement, not because the child is incapable of getting ahead, but because of the inability of the parent to think beyond class 10,” he says.

His students, his superheroes

Mohit has a rather simple philosophy, which is so powerful that it has changed the lives of many of his students. He says, “If I do not have the confidence in my kids, who will? I know they can, and it is that confidence, which pushes them and me to excel.”

Saishav, who has been diagnosed with Down Syndrome, was among the first few students who attended the 10-day photography workshop that Mohit had conducted. He says, “Saishav was born with certain learning disabilities and unfortunately could not be included in the mainstream education system. You will be amazed at the precision with which he takes his pictures.”

“He even got the opportunity to click pictures at the promotion of Red Fort Harley Davidson showroom.”

Many of the perceptions that Mohit himself carried were broken because of the kids he has been working with.

Bharat was diagnosed with ADHD and Mohit speaks about the challenges he faced in getting him to press the shutter to even click a picture. He says, “There was a point at which I felt like I was forcing him to press that button. I would have to physically place his finger on the button to get him to click.”

“And just like that, after almost two and a half months of trying, he started taking pictures. That, for me, was a huge victory.”

Mohit recalls the encouragement his teachers placed in him. He shares, “Giving me the ability to dream big and pushing me to achieve what I wanted to is what my teacher instilled in me. By saying that I could be whatever I wanted to, even a rocket scientist, he demonstrated immense faith in me.”

As we end our conversation, he urges parents to give their kids the confidence to fly and the security of holding them if they fall.

Special needs children should be allowed the same playing field that is given to a “normal” child, saying, “Parents who bring their special kids to the workshop are scared to give an expensive camera to them. The fear of the children mishandling it or breaking it is always lurking in the back of their minds. These are mindsets that we need to change. Give these kids the chance to blossom.”

He concludes, “Let’s expect more from them – making candles, and diyas is great, but they are capable of a lot more.”

You May Also Like: Amazing Mother Creates Unique Place for The Talents of Her Son With Down Syndrome