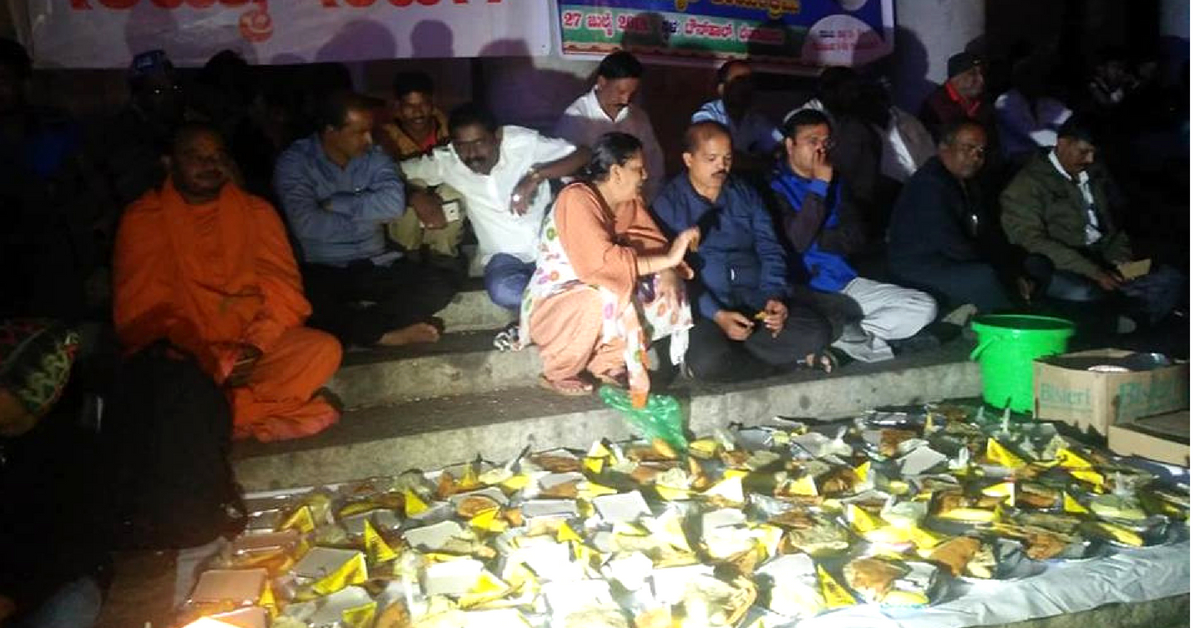 People in Bengaluru came together to bust myths and eat food during the lunar eclipse. Image Credit: Mahisha Nanda

Stay hungry and not leave the house? Bengaluru folks busted all myths, during the lunar eclipse.

A lunar eclipse, falling on a full moon night, is quite the sight. However, this beautiful sight is often clouded by superstition. Ranging from a restriction of food consumption to an actual debarring of people from watching the lunar eclipse with their naked eye, these myths are backed by nothing. However, they create fear among those who are unaware. The unknown is feared, hence, and these people miss out on experiencing a unique phenomenon.

So, what are these superstitions:-

Eating during the eclipse causes indigestion:-
This is another baseless rumour, which has never been proven. Ridiculous as it sounds, there has been no study whatsoever to back this claim.

Bathing after an eclipse:-
People rush to ‘cleanse’ themselves of the negative effects of lunar eclipse rays. Considering that all water on earth is exposed to the sun, even if you bathe with mineral water, that rumour does not have logic.

Injuries don’t heal:-
Well, this depends on how badly you are injured, but there has been no scientific study to link excessive bleeding during any trauma with a lunar eclipse. Don’t hurt or cut yourself in any case, eclipse or not.

Well, busting these very stereotypes, this group in Bengaluru came out, and celebrated the natural event, outside the Town Hall.

Promoting science and protesting against superstitions, they ate food, which is prohibited, as per Hindu tradition, and debunked myths fed to them by astrologers and pundits.

The crowds, happy and digging into snacks, were trying to get into the Jawaharlal Nehru Planetarium, which had several telescopes. Easily, around 1,000 people were there, reports The New Indian Express. Hence, some didn’t get a chance to enter, and some headed to friends houses, and some dug into snacks.

Well, it is great to see the Bengaluru public debunk superstitions en-masse, and enjoy a beautiful natural phenomenon for all it is worth.