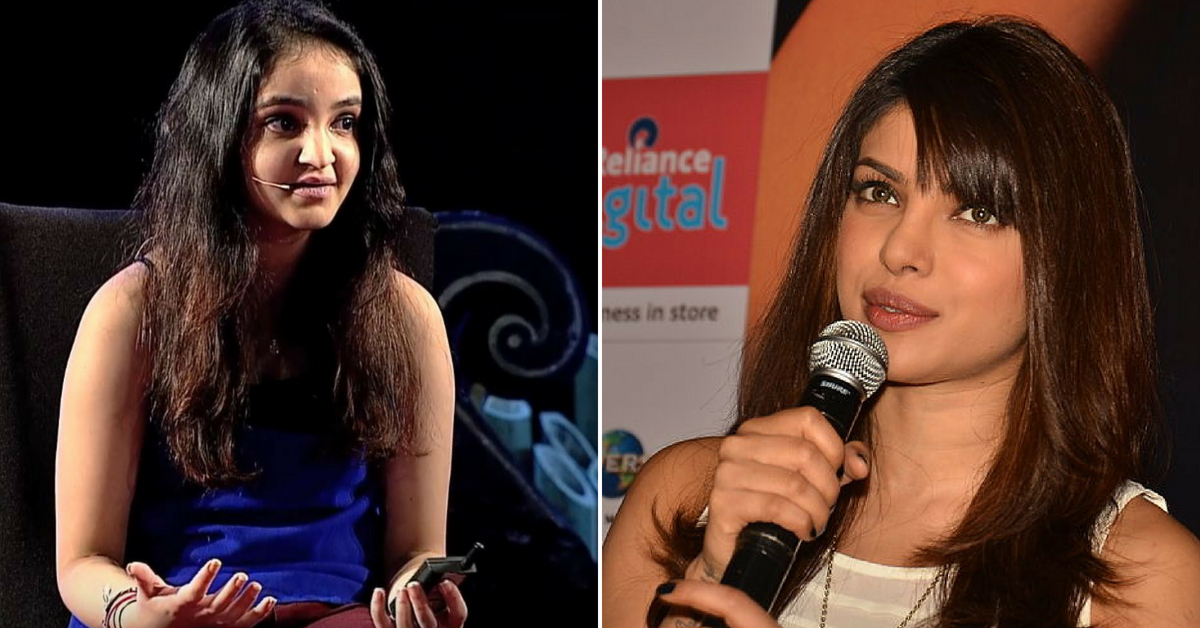 Aisha, a motivational speaker and writer of one book, had always lived a life full of challenges—but none of them were successful in pulling her down. Not until she breathed her last.

Inspiring the millions of people, including youngsters, women, and aspiring actors who look up to her, Priyanka Chopra has made her mark in the Indian film industry, as well as Hollywood.

Whether it is the innocent Jhilmil or the fierce Mary Kom or even a struggling Meghna Mathur, our Piggy Chops is a phenomenal presence on screen. And now, after a short break from Bollywood, she is back with an inspiring story. This time, as Aisha Choudhary’s mother in “The Sky is Pink.”

This story, which is sure to make you emotional, is written by Shonali Bose and Farhan Akhtar and Zaira Wasim will also reportedly star in it. Zaira will play the character of Aisha Choudhary.

Who is Aisha Choudhary and how will her story be an inspiration to viewers?

At a time when youngsters are still exploring themselves, when they know that they have infinite opportunities lying ahead of them and school, friends and hobbies engulf their lives entirely, Aisha was fighting a battle against her body. Aisha, a motivational speaker and writer of one book, had always lived a life full of challenges—but none of them were successful in pulling her down. Not until she breathed her last.

“Aisha was diagnosed (with Severe Combined Immuno-Deficiency or SCID) when she was six months old. And she had a bone marrow transplant in the United Kingdom… Basically, these children are born without an immune system so any disease can kill them, even the common cold,” Aditi Chaudhary, Aisha’s mother said at an INKtalk.

The doctor had given Aisha just one year to live unless she underwent a bone marrow transplant, and even then, the risk would not go away completely. Although the transplant helped Aisha with her SCID, it came with the strong risk of Pulmonary Fibrosis—a disease that occurs when lung tissues are damaged, making it difficult for your lungs to function properly.

Speaking to The Quint, Aditi says,

“Aisha was diagnosed with pulmonary fibrosis in January of 2010. Her lung capacity was only 35%, and as a result, she had trouble walking and navigating staircases. She would tire easily.”

While Aisha was struggling, and at her most vulnerable stage, her friends started straying away. “She was often not asked out by friends as she was getting slower and needed help with carrying heavy things. I think the more she suffered and the more she felt unaccepted by her peers, the more determined she became. I was blown away when she agreed to be a speaker at INK at the age of 14, but she said, “I must do it because I think I can’t,” Aditi recalls.

You may also like: What Links India to Ocean’s 8? a Gujarati King, a Priceless Necklace & the Ranji Trophy!

That became the turning point in Aisha’s life. A potentially fatal disease at the tender age of 13, a group of friends straying away from her and dropping out of school were not enough to dim her optimism or determination. Aisha took solace in painting and writing, and as she kept her spirits up while fighting for each breath, she suddenly became an inspiration to thousands of others who were struggling through life themselves.

“So if death is the ultimate truth, what should really matter most in life? I felt the only thing that really matters to me is being happy. And happiness is a choice one makes. It’s simply an attitude…

Her optimism was contagious. A young girl, going through the toughest times that one could imagine, was standing in front of a thousand people, sharing her story and motivating people to be happy even in the most challenging times!

Remembering his daughter, her father, Niren, told the Economic Times that he learned three lessons from her— giving back to society, gratitude and not to be overwhelmed by difficulties. “Find the highest mountains to climb. Despite her disability she wanted to enjoy life—something I tell myself each time I am overwhelmed. She also taught me the power of dreaming and aiming for the moon.”

But how did Aisha herself find the motivation to get up every day and go through her day without getting pulled down by her lungs?

“Aisha was bedridden since February 2014, and that’s when I found that she had started thinking a lot about life, death, happiness and pain,” Aditi told The Quint, adding that, “Every day she would say very profound things. I suggested that she write these thoughts down and she asked me, “Why? Who will read them?” So, I gave her a book called ‘Notes to Myself’ by Hugh Prather and told her that the book had sold a million copies. Aisha smiled and said, “I can write better than Hugh Prather!”

You may also like: Who Was ‘Nalini’, The Marathi Girl Rabindranath Tagore Once Fell in Love With

So every day, Aisha started recording her thoughts on her cell phone, because she was still bedridden and could not get up. She typed down about 5000 words that were compiled in her book titled ‘My Little Epiphanies‘ that was published in January 2015. Unfortunately, just hours after the book was published, Aisha breathed her last, leaving a legacy of optimism and happiness.

Now, Shonali Bose is set to bring Aisha’s story to the silver screen, and we are sure that she will do justice to her incredibly brave life and the legacy that she has left behind.