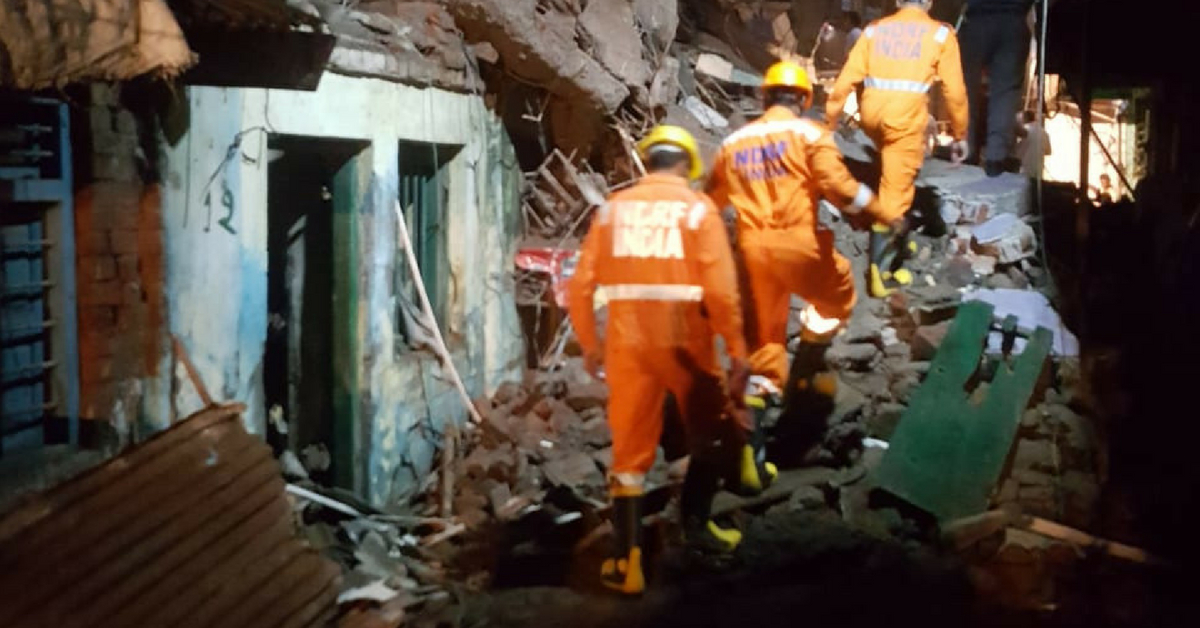 Rescuers at the house that collapsed in Bhiwandi, Mumbai. Image Credit: Major Khandekar

Rescuers at the building collapse in Bhiwandi, Mumbai, found the infant under the debris, miraculously alive.

On Tuesday evening, a portion of a three-storey building collapsed on an adjoining chawl in Bhiwandi town near Thane. Several people were injured, and the incident claimed the life of 25-year-old, Khairunisha Shaikh.

In a tragic twist, the young woman died saving her 2-year-old son, Umar.

Rescuers found her body, clasping her son’s, who miraculously survived the mishap, reports the Times of India.

The family was at home when tragedy struck. Her mother-in-law Khatun, sustained minor injuries, while the father-in-law, Ayub, suffered severe head wounds. While they were initially taken to the Indira Gandhi Memorial Hospital, he was later transferred to a private hospital for further treatment.

A part of the collapsing building also fell on a public toilet, when their neighbour, 60-year-old Safiya Sardar was using it. She escaped with some injuries and even saved the life of a 9-year-old girl, who suffered leg injuries but is stable. The child’s mother who was trying to enter the toilet in an attempt to save her daughter suffered head injuries as well.

Speaking to TOI, Sardar stated that when the building collapsed, a huge wall fell on the child’s legs, but she managed to pull her out. By her own admission, the duo were stuck under the debris for close to three hours.

2-year-old Umar and his mother were rushed to the Indira Gandhi Memorial Hospital, where doctors declared that Khairunisha was brought dead on arrival, at 11:30 p.m. A distraught Ismail Shaikh, her husband and Umar’s father, told TOI that “my wife saved my son but lost her life.”

The frequency of building collapses in Mumbai is increasing at an alarming rate. While every time such an incident occurs, there are people who step up and go out of their way to assist, even at the expense of their own lives, it is time for the collective consciousness of the people to come together to prevent such incidents in the first place.