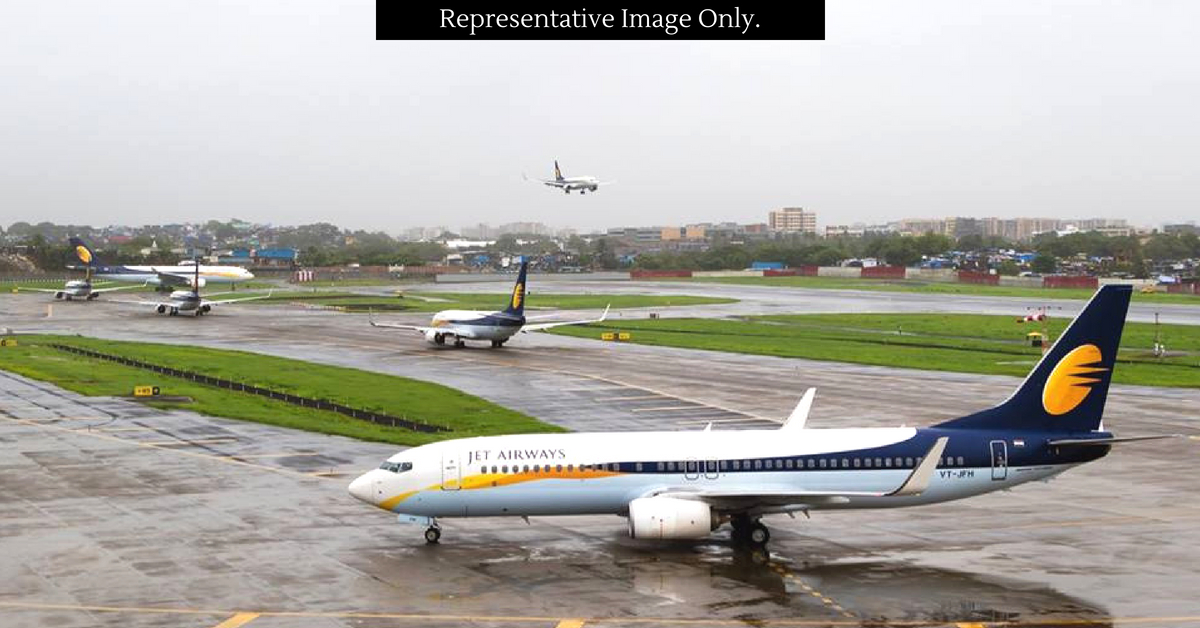 The Mumbai-London flight had to make an emergency landing at Bucharest, Romania, so the person could be treated.

Medical emergencies on flights aren’t rare. In March 2018, a passenger suffered a heart attack on a Mumbai-bound Air India flight from Delhi. The flight was diverted to Jaipur, and the man was rushed to the hospital.

A couple of months later, in May 2018, a man died on board Indigo’s Ahmedabad-Kochi flight, after suffering a heart attack.

A similar story would have unfurled on board the Mumbai-London Jet Airways Flight 9W-116 if it wasn’t for the timely intervention of the crew, and two doctors on board reports India Times.

Vivek Pandit, a partner with consulting firm McKinsey, described in a Facebook post, how Rahul, a crew member aboard the Jet Airways flight noticed a passenger sleeping in a suspicious manner.

Awkwardly slumped, the man was blue in the face, and barely had a pulse, Pandit’s Facebook post read. Rahul, his fellow crew members, Captain Saurab Canteenwala and two passenger-doctors swung into action immediately. One of the doctors was Dr Nivedita, from Apollo Hospitals in Bengaluru.

Taking the lead, she displayed marked confidence, and after a physically-demanding 20-minute resuscitation session, finally managed to bring the passenger back from the dead. The flight, meanwhile, had been diverted to Bucharest to deal with the medical emergency.

In a statement, Jet Airways confirmed that the plane had been diverted to attend to the passenger’s medical emergency.

So, what happens when a co-passenger suffers a heart attack on a flight? Well, this is what you can do to help.

1. Double check to make sure that the person is unconscious.

2. Lay them down in the aisle.

3. If you are trained, start chest compressions, or wait for assistance.

Lack of immediate action is the reason most heart attack victims don’t survive. The top 3 things that a victim needs are oxygen, nitroglycerin and aspirin, all of which can be found in a plane’s emergency kit.

If you are someone who suffers from a heart condition, then you must take certain pre-boarding precautions, such as:

1. Checking your health condition with your GP or a specialised doctor, and receiving a clean chit before flying.

3. Drinking plenty of water and avoiding alcohol on the flight.

A heart condition is dangerous, and flying when suffering from one isn’t advised unless you consult your doctor first. Also, in case you are a co-passenger to someone who suddenly has a heart attack mid-flight, do assist in whatever capacity you can.