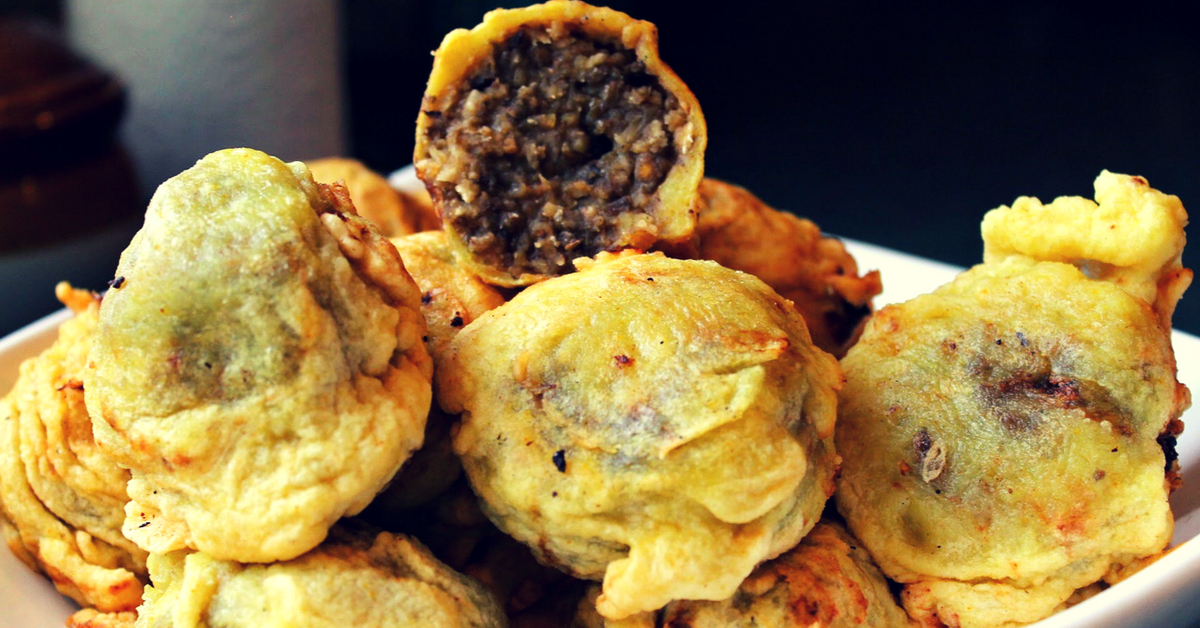 When Babu had initially set up the teashop close to his house about 30 years ago, every eatable was priced at ₹1 and continues to do so.

When was the last time when you bought an eatable for ₹1?

Even when I was a child growing up in the late 90s, snacks were mostly sold in the price slab of ₹2-10 and in the 2000s, very few items could be purchased for a rupee. Today, the idea almost seems like a joke, with something as basic as a pouch of water being sold at the cost of ₹5!

So, if we told you that a small teashop situated on a backwater island of Kerala’s Alappuzha district sells local snacks and fritters at ₹1, you would probably scoff or refuse to believe that such a shop exists!

However, Konnothu Nikarthu Babu or Babuettan, a resident of Poochakkal, has been selling local delicacies like sukhiyan (a snack prepared with jaggery and green gram), bonda, parippu vada (dal vada) at his shop at a mere cost of ₹1 for the past 30 years!

Situated near the electricity junction in the small town, Babu’s shop is extremely popular, and every evening one can find large crowds waiting for their turn to buy his ‘one rupee’ snacks to go with their tea!

Joining him at the shop is his wife Omana, who helps run the shop and together they make over 1,500 pieces of assorted snacks on a daily basis that are sold out in no time!

While the shop doesn’t have any designated name, his loyal customer base, comprising mostly students from the nearby school, has bestowed it with the tag of an ‘unda kada,’ the local slang for a snack shop!

When Babu had initially set up the teashop close to his house about 30 years ago, every eatable was priced at ₹1. While the value of almost everything in the market inflated with the passing of time, Babu retained the cost of nearly all his snacks and continues to sell these for a rupee.

At present, one can enjoy piping hot sukhiyans and bondas at the Babu’s shop along with pazham pori (banana fritter), which is sold at ₹5. Until recently, parippu vadas were also part of the one rupee menu, but he had to stop making them after his vada mould broke.

Speaking to Manorama, a local daily, Babu said that ‘more sales with less profit’ was his motto.