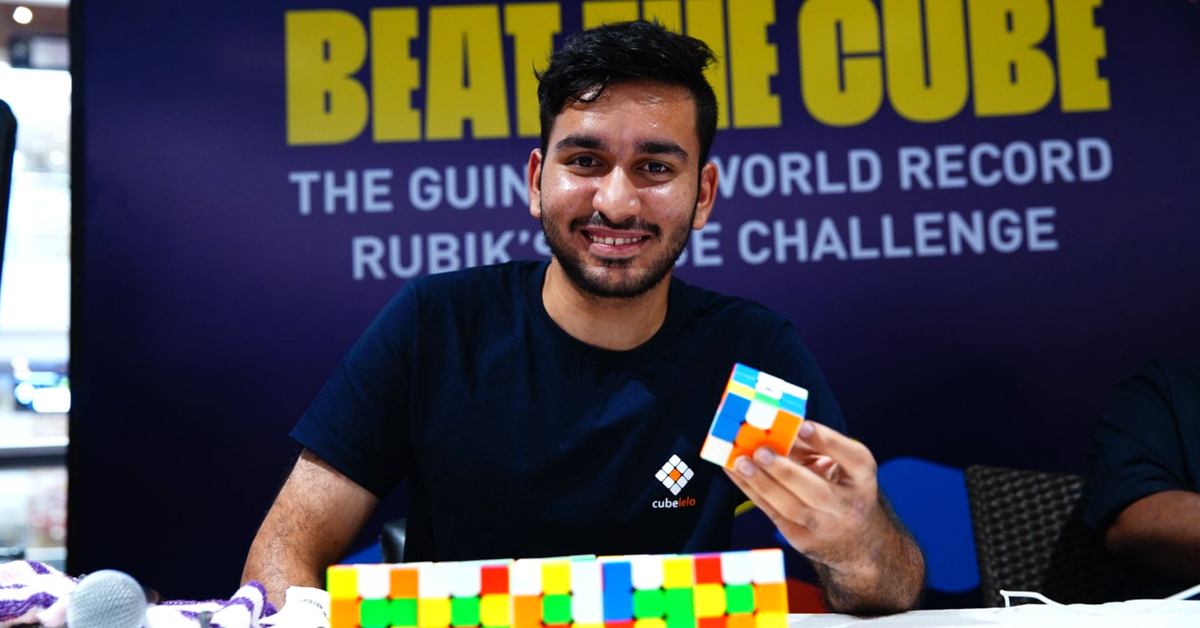 The Rubik’s cube has forever confounded me and thanks to my sheer lack of patience, the maximum that I could accomplish out of the elusive puzzle has been getting one face of the cube in the same colour.

But across the world, there have been people who can easily crack one like child’s play and have been setting world records.

Entering this club is 20-year-old Krishna Sai from Chennai, who broke the past world record in June by solving 2,474 cubes in 24 hours and that too, using only one hand! Hyderabad-based Krishnam Raju Gadiraju had set the previous record in 2014.

Krishna is currently waiting to hear from the Guinness World Records team for the recognition of his effort, but the story behind his journey of averaging between 30-40 seconds per cube to 10 seconds per cube that broke the record, is quite interesting.

Krishna is a ‘cuber’, and his journey began in Class 8 with little help and guidance from a few friends. However, he halted all puzzle solving activities for a while before taking it up seriously in 2014, and since then, he has not looked back.

Krishna began spending almost all of his time fiddling with the cube and even followed the tutorials of ‘speedcubing’ masters on YouTube, to better his technique.

While participating in competitions and meeting people from the cubing community in Tamil Nadu, Krishna came across something that was about to change his fate—one-handed cube solving!

After observing a player cracking the cube with one hand during one of these competitions, he took the method up as a challenge and found it invigorating enough to make it his signature style. Not only did it help with his viewing angle, but the method also helped bring down his previous best timing of 40 seconds to 25-30 seconds through relentless practice.

You may also like: Here’s How India’s Own Rubik’s Cube Will Enter the Guinness World Records!

Finally, when time had come to apply for the Guinness World Record, Krishna knew he had exactly three months to prepare and because of his one-hand method, not only was he able to break the previous record by 22.5 hours, he also spent the remaining hours to set a new one with few breaks!

“I want my record to stay for at least two more years. There are so many good cubers in the country. So I really needed to set a high target”, said Krishna to The Hindu.

You can watch Krishna Sai setting the new record here: