Braving All Odds, This Doctor & His Team Treat 50 Yatris at Amarnath Each Day! 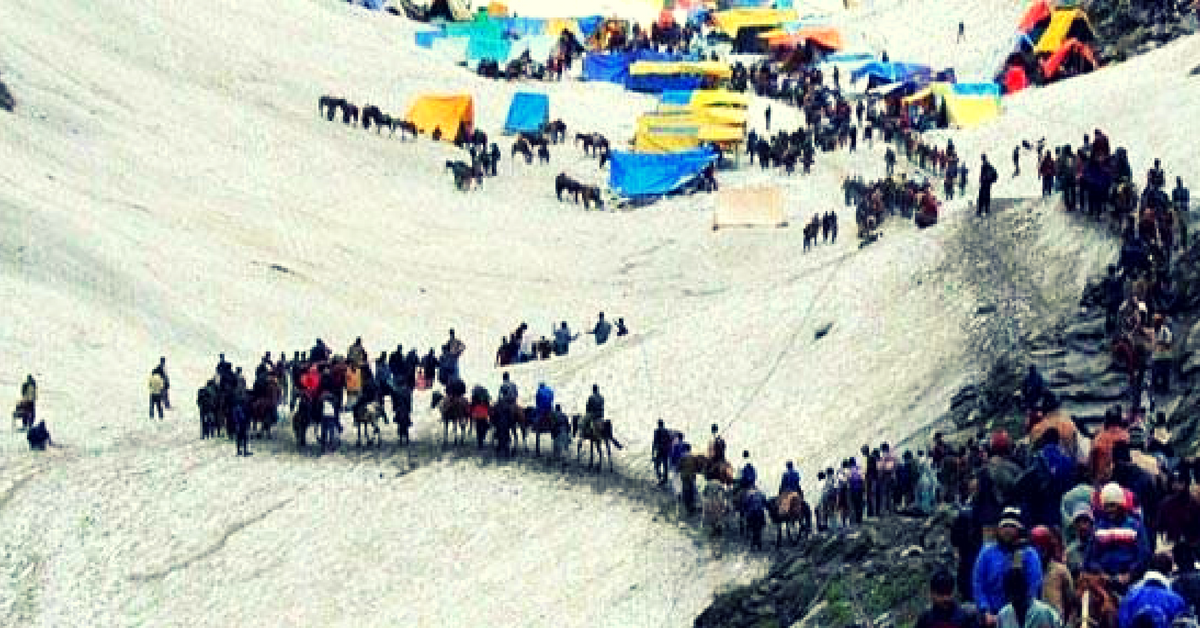 Each year as devotees trek up 3,880 metres high to reach the holy cave shrine of Amarnath and complete the 60-day annual pilgrimage, many reports of deaths and accidents emerge.

One look at the pictures of the Amaranth yatra will tell you how difficult the trek is. The climatic conditions are incredibly harsh making the trek even more challenging.

Each year as devotees trek up 3,880 metres high to reach the holy cave shrine of Amarnath and complete the 60-day annual pilgrimage, many reports of deaths and accidents emerge.

This year in an attempt to provide timely medical assistance to the devotees, more than 400 doctors and other health professionals have been trained for high-altitude medical emergencies by the Health Department.

Unfortunately, despite the training, a majority of the doctors found it difficult to get acclimatised to the weather conditions and developed hypothermia. Many of them also requested a transfer.

The Indian Express reports that according to the Amarnath Shrine board officials, seven people have died during the yatra so far this year due to different reasons. Thota Radhnam, 75, from Fiwalayam in Andhra Pradesh and Rasha Krishna Sastry died of suspected cardiac arrest at Baltal and the cave shrine, respectively. Pushkar Joshi died after a stone hit him between Brarimarg and Railpathri on Monday.

The publication further states that the oxygen levels routinely dip to dangerously low levels, and the people feel suffocated in their sleep.

“The patient feels like his lungs are collapsing. After the suffocation at night they have to open their tents for air circulation and suffer the cold wind,” Dr Magray said.

Equipped with 25 oxygen cylinders, one oxygen concentrator, which can produce oxygen, an oximetry machine to ascertain the oxygen saturation of a patient, and a hypo bag, used to revive a patient with severe case of breathlessness in 15 seconds—Dr Magray and his team are working against several odds to keep the yatris fine.

We, at The Better India, salute the team who is genuinely putting service before self.