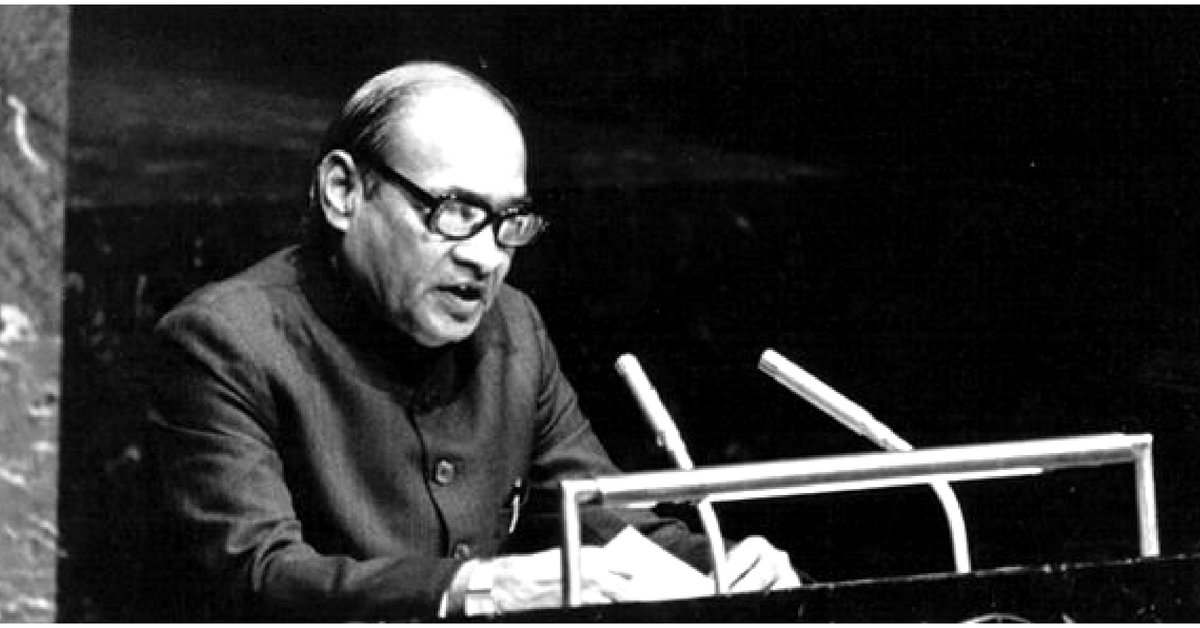 Remembered for his pivotal role in ushering in a new era of liberalization, Rao steered India in its worst phase of economic turmoil and led the way to recovery. #PVNarasimharao #BirthAnniversary

In public discussions on the pantheon of notable Indian prime ministers, PV Narasimha Rao’s name often goes missing. However, changing political dynamics in recent years have once again brought Rao’s name to the limelight. As Prime Minister from June 1991 to May 1996, he oversaw one of India’s most turbulent phase in recent memory with relative success.

Here are some of PV Narasimha Rao’s most notable achievements as Prime Minister:

In the years leading up to Rao reign as prime minister, India’s foreign debt had skyrocketed to $72 billion, which was then the third highest in the world. The Balance of Payments crisis had reached such frightening levels that India did not even have the necessary reserves of foreign currency to support any further imports, especially oil. India was compelled to mortgage nearly 20 tonnes of gold for $240 million just to keep the Indian economy above water.

Coming into office in 1991 with a minority government, Rao and his finance minister, future PM Manmohan Singh, undertook landmark policy decisions which spurred India’s tryst with economic liberalisation. His government left a real dent on the red tape that had long held the Indian economy back, and laid the foundation for strong economic growth, whose fruits were enjoyed by subsequent generations.

Today India is the world’s third largest economy by purchasing power parity. “It is the political leadership, first with Chandra Shekhar (prime minister before Rao) and then with Rao, who were able to create a political environment in which the economic crisis was dealt with. The economists in government, be it Manmohan Singh, Montek Singh Ahluwalia, Rakesh Mohan or many others, were only facilitating policy making,” says Sanjay Baru, media advisor to former Prime Minister Manmohan Singh, in an interview with Quartz.

Without the requisite political leadership to undercut the legacy of India’s socialist economy, there is no way liberalisation would have happened. This is probably Rao’s greatest achievement.

Remembering our former PM Shri PV Narasimha Rao on his birth anniversary. Shri Rao is widely respected as a statesman who provided valuable leadership during a critical period of India’s history. Blessed with immense wisdom, he made a mark as a distinguished scholar as well.

Besides liberalisation, what Rao should be remembered for is enacting India’s ‘Look East’ policy, which refers to the rebooting of strategic and economic ties with South-East Asia.

Under his direction, New Delhi endeavoured to strengthen engagement with the Association of South East Asian Nations (ASEAN). This move also serves India’s role as a counterweight to China’s strategic influence in the region. In his visits to Singapore, Malaysia, Thailand and Vietnam, Rao developed strong working relations with the leadership of these countries.

Precipitated by the fall of the USSR, which was one of India’s most valued economic partners, and the Balance of Payments crisis at home, the Rao administration took some significant measures to reconfigure the country’s foreign policy.

The fruits his efforts were enjoyed by subsequent administrations, especially the ones led by IK Gujral, AB Vajpayee, Manmohan Singh and the current Modi administration. The current ‘Act East’ policy is in fact an extension of Rao’s work.

We remember PV Narasimha Rao, India’s 9th Prime Minister, on his birth anniversary today.
He was referred to as Chanakya for his ability to steer tough economic & political legislation through the parliament at a time when he headed a minority Govt. pic.twitter.com/Iad7WElFmG

“There were many leaders in South-East Asia who associated India’s reforms and its ‘Look East’ policy with Rao, and many could not digest the fact that the Congress under his leadership lost the 1996 election. Singapore’s leaders, for instance, thought that the Indian electorate was “ungrateful” and had forgotten the gains his administration made,” says this 2004 report in The Hindu.

On January 29, 1992, India established full-fledged diplomatic ties with Israel—something no Indian administration could achieve or was willing to entertain.

From 1947, when India voted against the creation of Israel in the United Nations to establishing only limited ties (a tiny Israeli consulate in Mumbai) with Tel Aviv, India had no presence in Israel. Rao changed the tide by ensuring New Delhi voted in favour of overturning the 1975 United Nations resolution which stated “Zionism is a form of racism and racial discrimination” in December 1991.

The decision, however, was met with real derision, especially amongst India’s large Muslim population. In response Rao invited Palestine’s tallest leader – Yasir Arafat – to a grand state visit in the following month. During the visit Rao convinced Arafat for India’s need for better ties with Israel.

In a major win, Arafat approved of Rao’s plan, and on January 29, 1992, India established full diplomatic relations with Israel. This was statesmanship at its finest.

Bringing an end to the insurgency in Punjab

Little is known about Rao’s significant contribution towards bringing an end to militancy in Punjab, which by 1991 had killed 50,000 people. Despite the grave threat posed by Khalistani militancy, Rao was determined to hold elections in Punjab the following year. Militants had issued a boycott of the polls. Various political parties, especially the Akalis, were running scared, and many of Rao’s advisors had warned him against the move of holding elections at such a restive time.

“When I voiced my misgivings to the then cabinet secretary, he told me that the decision had been taken solely by the PM, who was determined to bring back an elected government in Punjab no matter how narrow the electorate base. Only this, he believed, could isolate the militants from the majority of the Sikh population. Rao’s insight proved prophetic,” writes noted political journalist Prem Shankar Jha, in a 2005 tribute to him for Outlook magazine.

Also Read: BOOK EXCERPT – Was Atal Bihari Vajpayee the Leader Everyone Thought He Was?

The elections brought a Congress government under Chief Minister Beant Singh into power. Under his leadership, police chief KPS Gill undertook a series of operations which would break the back of Sikh militancy. Beant also played his part by mobilising the Jat Sikh community against the militants and within a year the militancy in Punjab had fallen apart.

India’s former Prime Minister Shri PV Narasimha Rao will always be remembered for his leadership, erudition and as a man of great foresight in complex situations. I offer my tributes to Narasimha Raoji on his birth anniversary today.

Managing the aftermath of the Mumbai blasts

Mumbai went into shock on March 12, 1993, when a series of bombings devastated its residents, killing over 300 people. The manner in which he managed the crisis was yet another sign of his statesmanship. He personally visited the city, and the sites devasted by the blast and took cognisance of the evidence showing Pakistani involvement.

“Later, Mr Narasimha Rao, the then prime minister of India, flew to Mumbai and went around the places where the explosions had taken place, unmindful of any danger. When a nation, its leaders and its people refuse to be afraid of terrorists and to be intimidated by them, no terrorist and no State-sponsor of terrorism can win against that nation,” says B Rama, writing for Rediff.

Subsequently, he ordered India’s intelligence apparatus to draw the world’s attention Pakistan’s support and sponsorship of terrorism against India, despite significant pushback from the United States.

Taking heed of advice from his top intelligence officers, he invited counter-terrorism experts from the US, United Kingdom and other Western countries to visit the spot and witness the evidence. Not hiding from public view, Rao fearlessly took on the Pakistani establishment.

Yes, there were significant failures during Rao’s tenure as prime minister. His administration’s inability to prevent the fall of the Babri Masjid and deal with its communal fallout remains a blot. Nonetheless, he did offer India major wins at a time of great turbulence.