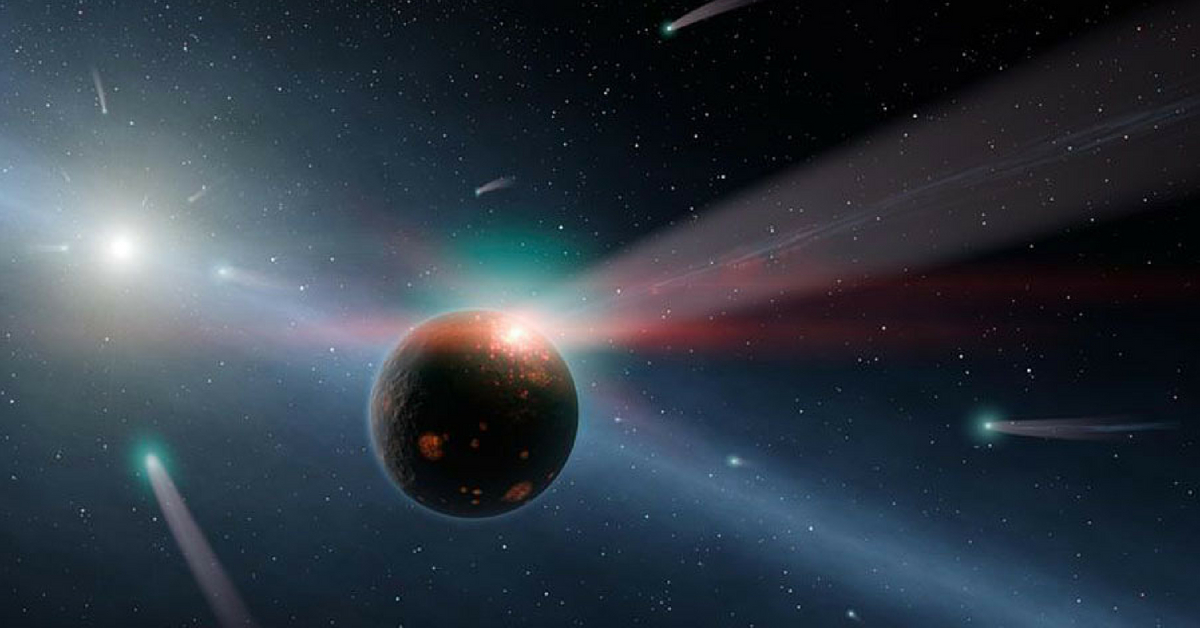 In a report released by ISRO, a team of scientists from the Physical Research Laboratory (PRL), Ahmedabad, recently discovered an exoplanet. How and why does it matter?

When we look up to the night sky, the glittering stars we see, if any, are the brightest stars that emit light, just like the sun. But for all the glittering stars out there, there are a countless number of planets that revolve around them. These planets go undetected as they are much dimmer than their parent stars.

These planets are called exoplanets. And the search for them has only drastically increased as studying these stars could help us in better understanding the solar system, the formation of planets and even the death of planets.

In a report released by ISRO, a team of scientists from the Physical Research Laboratory (PRL), Ahmedabad, recently discovered such an exoplanet which is smaller than Saturn but bigger than Neptune.

So how did scientists detect such a planet this far away when some people can’t even detect sarcasm?

Initially, NASA’s K2 (Kepler), a space observatory that continually monitors the brightness of the stars, picked up an anomaly in one of its photometry readings.

This possibility was later explored by scientists at India’s ‘PRL Advance Radial-velocity Abu-Sky Search’ or PARAS. It is a ground-based exoplanet search device with an integrated spectrograph. The 1.2m telescope is situated at PRL’s Guru Shikhar Observatory in Mount Abu, Rajasthan.

And the planet they found had some very interesting specifications. The exoplanet was found to be 27 times the mass of the Earth and six times its radius and is named after its parent star as EPIC 211945201b or K2-236b.

Its surface temperature was found to be around 600 degrees Celsius, as it is seven times closer to the parent star in comparison to the Earth-Sun distance. The time that it takes to revolve around the parent star is about 19.5 days.

Unlike a telescope, the PARAS doesn’t only pick up light but the entire electromagnetic spectrum from microwave to infrared radiation. This allows them to read the composition of the planet, surface temperature, and the nature of the atmosphere.

Due to its size and composition, the planet is currently classified as a sub-Saturn or super-Neptune. PRL scientists, who observed it for about 1.5 years, found that heavy elements like ice, silicates and iron content make 60-70% of the total mass.

With this discovery, India has joined a select league of countries which has discovered planets around stars.

The uninhabitable planet is one of billions waiting to be studied. Discoveries like these have many potential benefits for future advances as well. They could pave the way for a more efficient mechanism and advanced equipment that can discover habitable planets and who knows, even life.

Hey, you may also like: ISRO To Make Its Own Atomic Clock! Here’s Why This Is A Game Changer