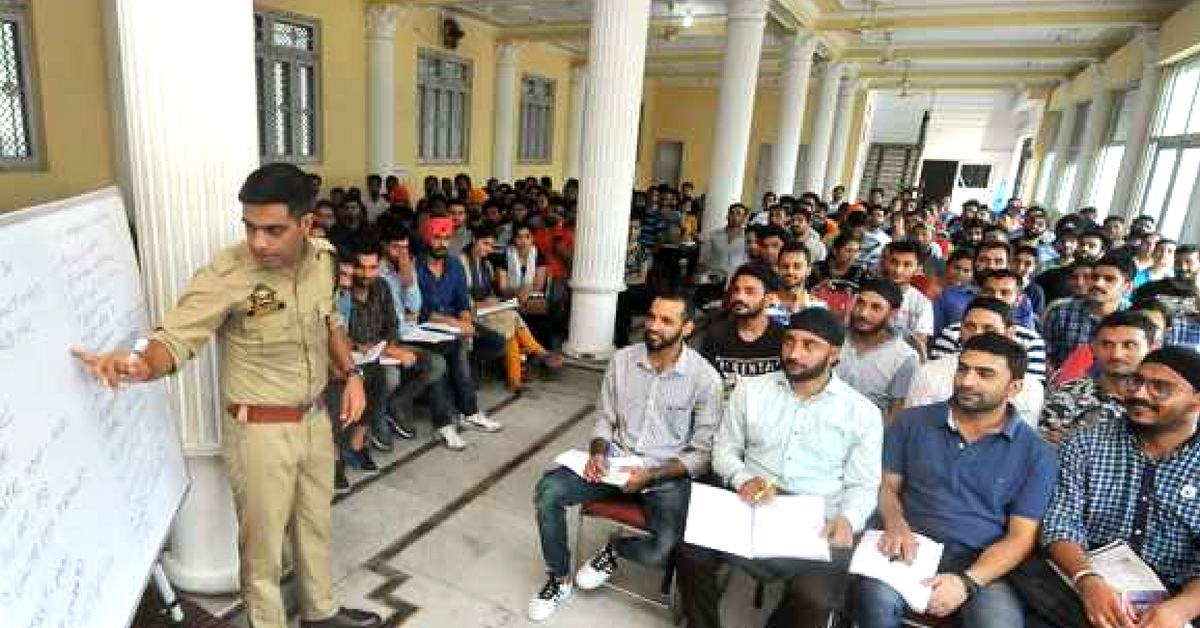 With the mission of providing coaching for UPSC, SSC and other competitive exams, Sandeep Chaudhary had started by teaching 10 students but now, the number of aspirants has crossed 150!

Aside from the gruelling rigours of serving the local community, Sandeep Chaudhary, the SP of Jammu (South) is helping 150 youngsters prepare for the Union Public Services Commission (UPSC), Staff Selection Commission (SSC), banking and J&K Police Sub-Inspector examinations for free.

With little in the way of private enterprise in the state, government service offers youngsters the best shot at achieving a stable career. Sandeep began this personal initiative with just ten students who wanted to appear for the J&K Police Sub-Inspector Examinations slated for June 24.

However, the 2011-batch Indian Police Service officer began expanding the scope of his coaching classes to include aspirants for other exams—UPSC, SSC and banking.

Also Read: 3 Hyderabad Cops Risk Their Lives To Save Crossdresser From Massive Mob!

“Employment is the largest challenge for the youth and making them capable of achieving their professional goals helps them become better citizens,” the police officer told the publication.

Although there are other coaching centres in the vicinity, many students cannot afford the exorbitant prices they charge.

A resident of the Ferozepur district in Punjab, Sandeep acquired a BA and MA from the Indira Gandhi National Open University before clearing the UPSC—one of the hardest exams in the world.

“Getting through tough exams is possible even without attending expensive coaching classes. I feel the youth don’t get much exposure in Jammu while preparing for competitive examinations. My small step aims to provide a platform to such aspirants so that they can achieve their goals,” he added.