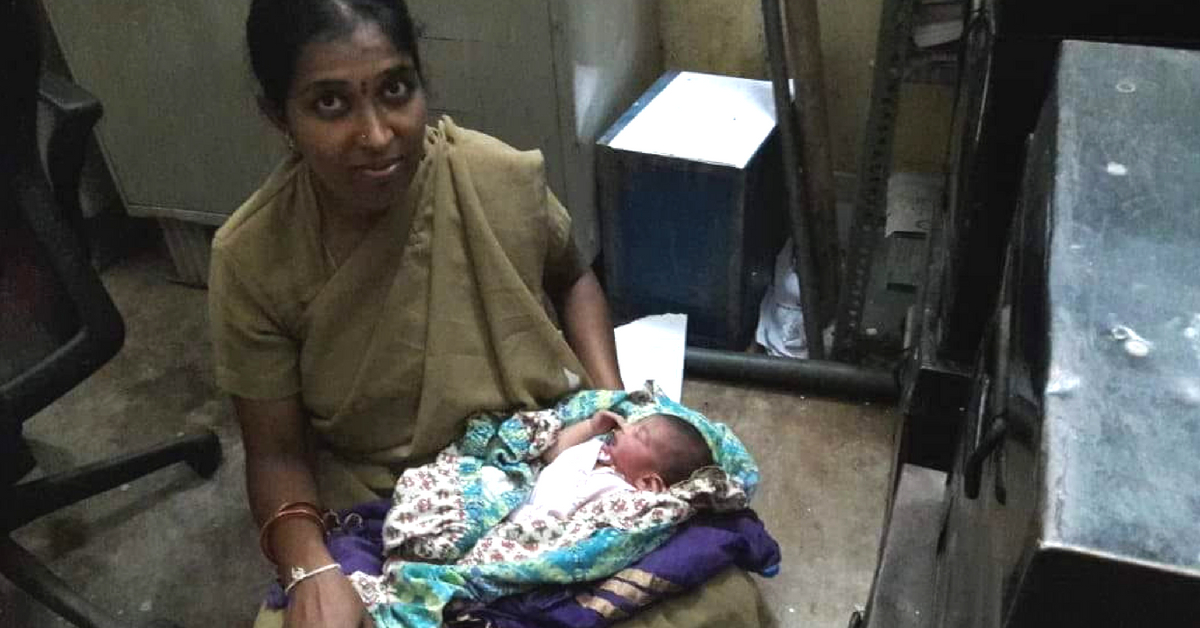 Mother to a three-month-old boy, constable Archana had recently returned to work after her maternity leave and is garnering much praise on social media for her actions!

Little Kumaraswamy came into this world fighting to survive. Abandoned by his parents, rescued by the Bengaluru police, breastfed by a lady constable, and finally named after the new Karnataka Chief Minister, the newborn has endured a rollercoaster without even knowing it.

According to The Hindu, a ragpicker found Kumaraswamy on Friday morning under a bush at a construction site in Celebrity Layout, Doddathoguru, stuffed in a plastic bag.

As soon as the ragpicker discovered the newborn, he alerted a shopkeeper nearby. The shopkeeper subsequently informed the police, and Assistant Sub-Inspector Nagesh arrived on the scene.

“The baby was in bad shape. He was covered in blood, and the umbilical cord was wrapped around his neck,” ASI Nagesh told The Hindu. The child was taken to nearby hospital where he was treated.

Following treatment, the baby was taken to the local police station and was put under the care of a lady constable Archana. The sight of a weak and motionless child left Archana saddened.

With a three-month-old baby at home and only recently returning to duty after serving her maternity leave, Archana decided to breastfeed the child. According to The Hindu, in a matter of seconds, the baby gave out a loud cry, leaving everyone at the police station in raptures.

I salute the Mother in our Lady Police Constable Archana of Bangalore City Police who rescued an abandoned new born and breastfed the infant, she had just returned from Maternity Leave. @BlrCityPolice @CMofKarnataka @HMOIndia @IPS_Association pic.twitter.com/OXHIXQ8Sd8

The child is now under the care of the Shishu Mandir orphanage on Hosur Road.

While the Electronic City police rescued the child, it was lady constable Archana who saved him from starvation. This child survives today thanks to the efforts of the Bengaluru police.