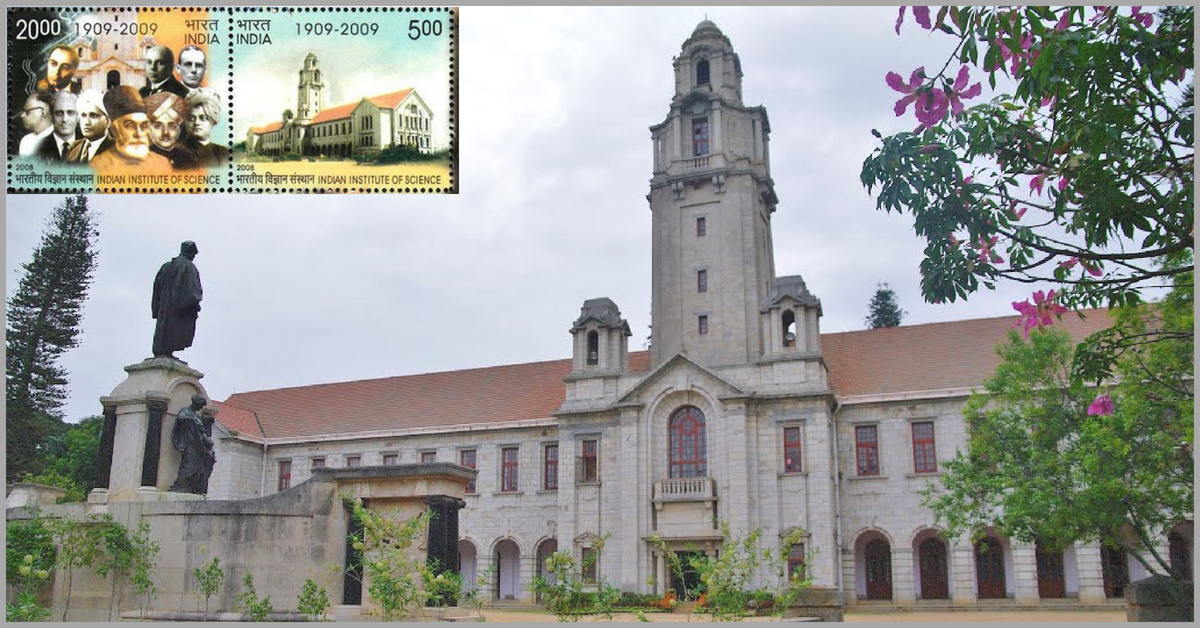 The Indian Institute of Science (IISc) was the brainchild of Jamsetji Nusserwanji Tata. From its initial conception in 1896, it took 13 years to establish the institution on May 27, 1909.

The Institute began with only two departments—General and Applied Chemistry and Electro-Technology. Soon, the Departments of Organic Chemistry and Biochemistry were established. In the century since its inception, IISc has become India’s premier centre for research and postgraduate education in science and engineering.

On its centenary in 2009, India Post released two postage stamps commemorating the institution.

The Institute occupies nearly 400 acres of land in Bengaluru, Karnataka, donated by the Maharaja of Mysore in March 1907. Indeed, the contribution of the princely state of Mysore was the decisive element in determining the location of JN Tata’s proposed institution.

In 1913, Sir M Visvesvaraya, the Dewan of Mysore, was nominated to the Council of IISc. He urged the Institute’s researchers to carry out studies that would help his dream of an industrialised Mysore.

His association had an immediate impact on the nature of research. In less than five years, six factories were started as a direct result of the investigations carried out here—an acetone factory in Nasik; a thymol factory in Hyderabad (Sind); a factory to make strawboards from bamboo in Bangalore; a soap factory in Bangalore; and sandalwood oil factories in Bangalore and Mysore city.

The most successful of these were the sandalwood oil and the soap factories. Together, these factories ensured that sandalwood and its products became synonymous with the state of Karnataka.

The faculty and alumni have been responsible for spearheading many new institutions and programmes across the country. Notable among them are GN Ramachandran, Harish Chandra, S Ramaseshan, A Ramachandran, CNR Rao and R Narasimha.

Also Read: Bengaluru’s Water Scarcity Could Become a Thing of the Past, Thanks to IISc’s Brilliant Idea

As the Institute grew, several new areas of research came to be established. Some of these are as follows:

The evolution of the institute over the past one hundred years has also mirrored the development of science and technology in the country.

You May Also Like: Low-Cost Nanosensors by IISc Can Help Monitor Air Pollution While Saving Time!

(Written by Sharath Ahuja and Edited by Shruti Singhal)