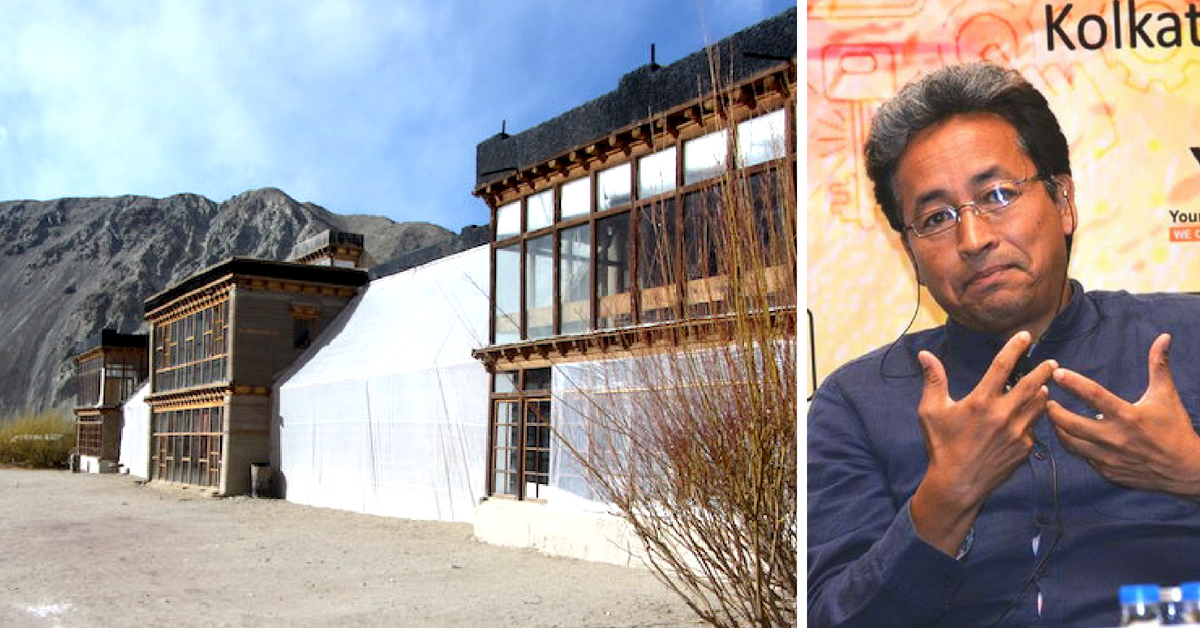 Eco-friendly and efficient, this is a great alternative to the burning of diesel, kerosene or firewood — the current mode of heating used by the Army in the cold desert climes of Ladakh!

For officers of the Indian armed forces stationed at 12,000 feet above sea level in Ladakh, the lack of access to 24×7 electricity has resulted in them turning to other heating solutions like burning diesel, kerosene or firewood.

However, one innovator in Ladakh has found a solution that does not only emit less pollution but is also more efficient. The innovator’s name is Sonam Wangchuk.

According to the Economic Times, the Indian Army has evinced some interest what Sonam Wangchuk (of the ice stupa fame) has developed recently—a pre-fabricated solar heated mud hut. This eco-friendly solution requires little external heating. It is seemingly the perfect solution to the cold for many soldiers who come from the warmer plains.

“Solar passive structures are not new. However, these are movable, prefabricated, and can be assembled on the spot and give solutions to meet the Army’s shelter requirements. The cost of heating will be zero. Even if the temperature outside is minus 20 degrees Celsius, it will be 20 degrees Celsius inside the hut, without any heating. This is going to get rid of all the pollution caused by the massive amounts of oil the Army consumes to keep the jawans warm,” Wangchuk told the Economic Times.

The character Aamir Khan played in ‘Three Idiots’ was based on him.

According to this report in the India Climate Dialogue, the Indian Army will take up the construction of these structures in the forthcoming financial year starting April after a slew of successful pilots.

Although Wangchuk is popularly known for the ice stupa, his most significant contribution to Ladakh has been the establishment of the Students Educational and Cultural Movement of Ladakh (SECMOL), which has revolutionised the education system in the region.

After the success of SECMOL, Wangchuk has embarked on the establishment of the Himalayan Institute of Alternatives (HIAL), an institution of higher learning, which will follow the SECMOL model.

“Once again, it will be a hands-on doer’s university where the School of Business runs real-life companies on campus. The school of tourism runs high-end hotels and simple homestays. School of Education runs innovative schools. The revenues from these ventures will sustain the university, while students receive free higher education and hands-on experience,” says Wangchuk.

At HIAL, the aim is also to set up a “fully solar heated mud-built university.”

“All buildings shall be oriented south, with a variation of 10-15 degrees, to maximise exposure to the Sun and encourage passive heating of the buildings. Even at a sub-zero temperature of -20 degree Celsius, the room temperature remains +15 degrees Celsius. The intelligent design makes the campus one of the few zero-energy campus archetype in the country,” says the HIAL website.