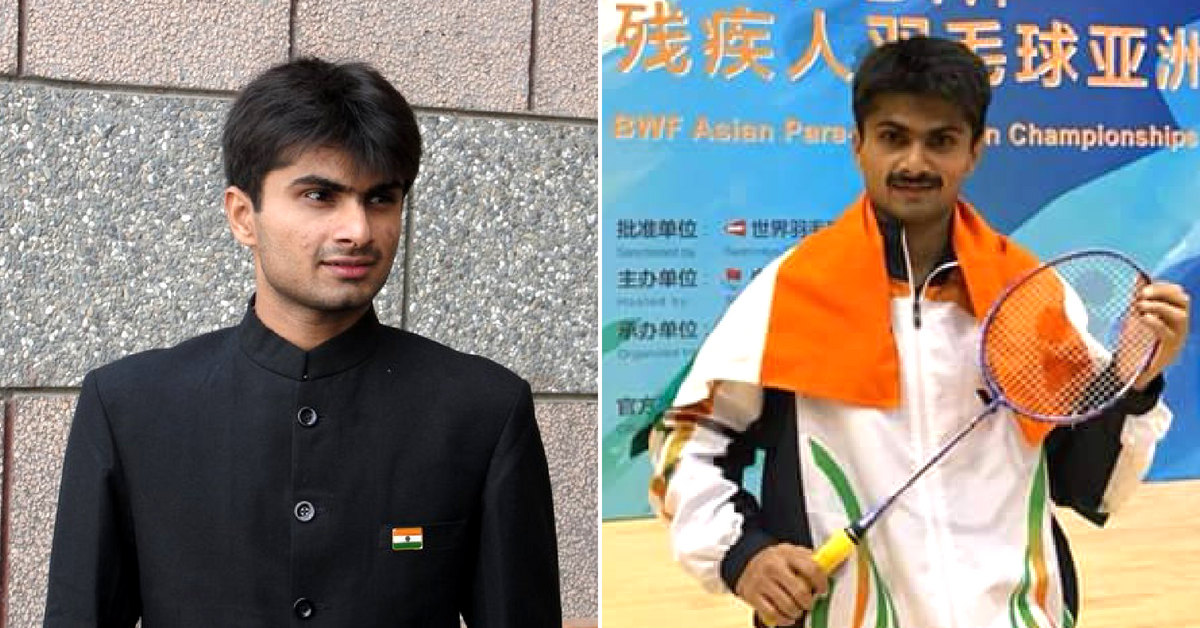 Suhas Lalinakere Yathiraj is an IAS officer of the 2007 batch of the Uttar Pradesh cadre and a self-taught badminton player!

He is an IAS officer, a badminton champion, and has not let his disability prevent him from following his dreams.

Meet Suhas Lalinakere Yathiraj, an IAS officer of the 2007 batch of the Uttar Pradesh cadre, who is the current District Magistrate of Allahabad. He is also a self-taught badminton player who has successfully unfurled the Indian flag in several tournaments over the years. Suhas’s one-legged congenital deformity has never been an obstruction for him in any way.

The 4th Turkish Para-Badminton International Championship 2018 was conducted in Konya, Turkey. Suhas entered the tournament with zeal and the determination to do his best for India, and sure enough, bagged the silver medal in the championship, beating his competitor Sukant Kadam (21-10, 21-18) in the semi-finals.

This is certainly not the first time that the IAS officer has made India proud.

Back in November 2016, Suhas bagged the gold medal at the Asian Paralympic Championship in Beijing. He was the district magistrate of Azamgarh then.

In an interview with the Times of India in 2016, Suhas said, “I never saw myself with the disability, and I owe this mindset to my parents. I was not given any special treatment since the beginning. My parents made me play with schoolmates and allowed me to participate in inter-school races which many parents of special children don’t. Stigma begins at home, but the strength to lead a normal life also begins at home.”

Suhas is currently the World No. 2 in the Men’s Single Para-Badminton category and has ably balanced his work life with his passion for badminton.

Admittedly his work, as an IAS officer, is extremely demanding and requires him to spend hours formalising initiatives, Suhas makes sure that he keeps some time free for his badminton practice.

On the other hand, he never lets his practice interfere with his duty as an IAS officer. Suhas has been instrumental in developing a mobile application to help differently-abled voters during elections. He has also developed mobile apps called “Kuposhan ka Darpan” and “Pregnancy ka Darpan” to help undernourished children and pregnant women, respectively.

His efforts to bring change in the cities of Uttar Pradesh have been consistently recognised by the government, and Suhas has been awarded by the Governor of UP as well as the Revenue Minister. In 2016, the civil servant was awarded Yash Bharti Award—UP’s biggest state honour!

Suhas’s determination and positive approach to life is certainly an inspiration, and he has ensured that he “shuttles” ably between his profession and passion, winning laurels in both!