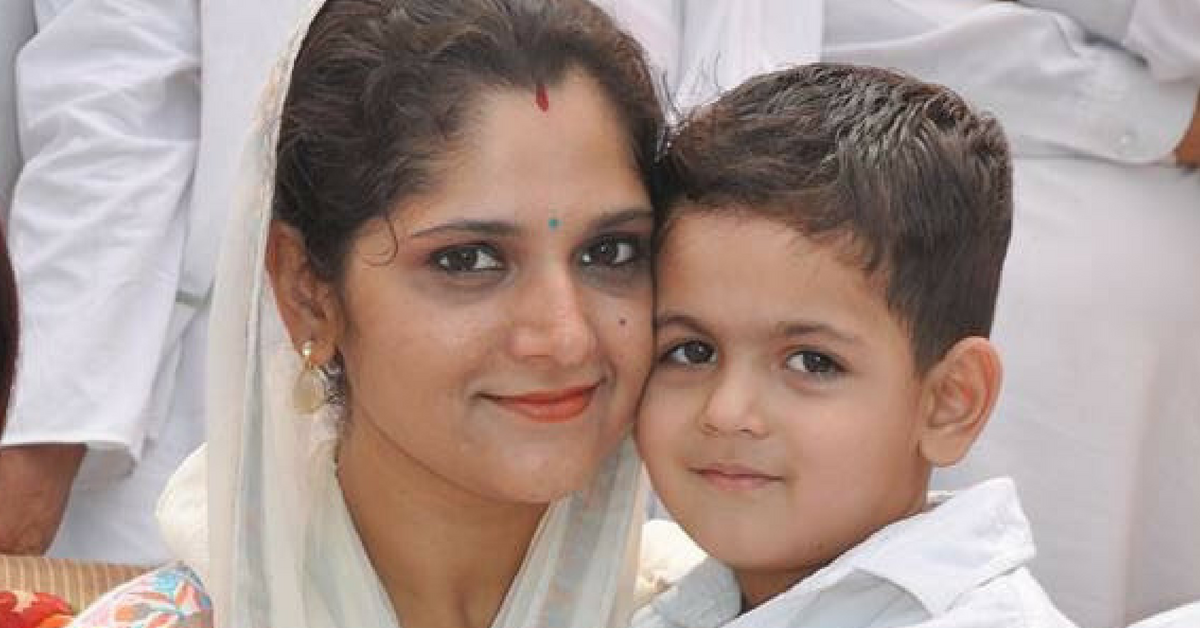 “I liked my life in Mumbai, it is such a safe place for women. I was learning with the job, and the financial security that it brought to me was immensely satisfying,” she says.

Cracking the UPSC examination is no mean feat. Over the last month, The Better India has been writing about various aspirants who have cleared the examination. Their journeys are inspiring and leave you feeling motivated.

This story is about Anu Kumari, who has secured the second rank in the UPSC 2017 examination. A mother of a toddler, her story is unique as are the challenges she had to face to clear the examination.

Anu spent her early years in Sonipat, Haryana. The second of four siblings, Anu has one elder sister and two younger brothers.

“I am from a typical middle-class family.”

“My father used to work in the HR department at a hospital, and my mother was a homemaker. After completing school, I secured admission in Hindu College, Delhi and pursued a degree in Physics,” she says.

She continued living in Sonipat and would commute to Delhi by train each day to get to college.

“There were a group of students from Sonipat who would commute each day.”

“So I didn’t think of it as being a trouble,” she says. The comfort of home was not to be sacrificed, and the long commute was worth the hassle.

The first time Anu left her home was when she went to Nagpur to pursue MBA. Speaking about the experience, she says, “Until then I had never left home and was always living in that security.”

“I must admit I was homesick in the beginning. Pretty soon, the course took over, and after making friends, I felt much more settled.”

Her first job, which she got through campus placement, was with ICICI Prudential Mutual Fund and with that, she moved to Mumbai. Working there for more than two years, in 2012, she moved to Gurugram and subsequently got married.

“I liked my life in Mumbai, it is such a safe place for women. I was learning with the job, and the financial security that it brought to me was immensely satisfying,” she says.

Why the civil service?

Being a bright student, Anu was often told by her teachers that she should write the civil service examination. However, she was inclined to be financially stable before thinking about it.

“Once the financial stability came in, I started feeling meaningless.”

“Questions about the purpose of life started coming to me, and I did not have any answers to them,” she says.

Anu felt that if she appeared for the civil service examination, she would be able to contribute to the development of society in a meaningful way. “It was my mamaji (uncle) and brother who convinced me to take the plunge and write the exam,” she says.

In June 2016 Anu quit her corporate job and started preparing for the exam.

The first attempt of Anu’s gave her only a month and a half to prepare and recollecting that time she says, “That period was maddening. I knew that I had very little chance of clearing the exam as I had no time; therefore I started working as hard as I could and would prepare ‘all-the-time’.”

“Even sleep seemed like a waste of time then.”

She missed clearing the cut-off by one mark. In hindsight, she is grateful she prepared so well that it laid the foundation for her second attempt.

Staying away from her toddler to study

They say that mothers are some of the most resilient beings. Anu is an epitome of that resilience. Deciding to pursue the civil services, there was nothing that could stop her.

While leaving her toddler in her mother’s care was a difficult choice, she stuck to it.

“Initially I was at my mother’s place and would go to the nearby library to study. However, once I came home, my son, Viaan, all of 2.5 then, would demand my time. I knew that even those few hours that I was spending away from my books would hamper my progress,” she shares.

“It was very difficult.”

“Every time I left him behind, we would both would be crying, me much more than him.”

“Sitting down to study after that was also a very difficult task. It would take me some time get into the studying mind frame again,” she says.

She adds, “I had moments when I wanted to give it all up and go back to Viaan. Something kept me going, and I am thankful that I did not give up. I had given up so much to clear the exams; my son, my high paying job – I just had to go on.”

Her biggest support came from her immediate family. “My mother played an important role, but the biggest support for me was my Maasi (mothers sister). She took care of every small thing. She would feed me, care for me, and was there as rock-solid support,” she says.

A day in the life of Anu

Anu’s days would begin at 4 a.m. “I am a morning person and have always found it easier to study in the morning rather than staying up late,” she says.

She would spend the next few hours immersed in her books and would surface for lunch by 1 pm, which was followed by a nap. “On days when it got too much, I would take a break and walk around the house, talk to my cousin for a while, or just sit on the terrace,” she says.

The only thing she watched on the television was the Rajya Sabha channel, which she felt also helped her in her preparation. “I would also watch and re-watch the videos of my son’s antics that my brother would keep sending me,” she says.

By 10 pm, she would be in bed. This was a routine she followed all days of the week until she appeared for the examination.

“As of now, I am only basking in the good wishes that are coming my way.”

“My son feels that there is a wedding happening at home, with so many people coming with sweets and flowers,” she says.

We wish this super mother all the very best for her training, which is scheduled to start in August this year.

You May Also Like: Kerala Porter Cracks KPSC by Using Railway Station’s Free Wifi to Study!