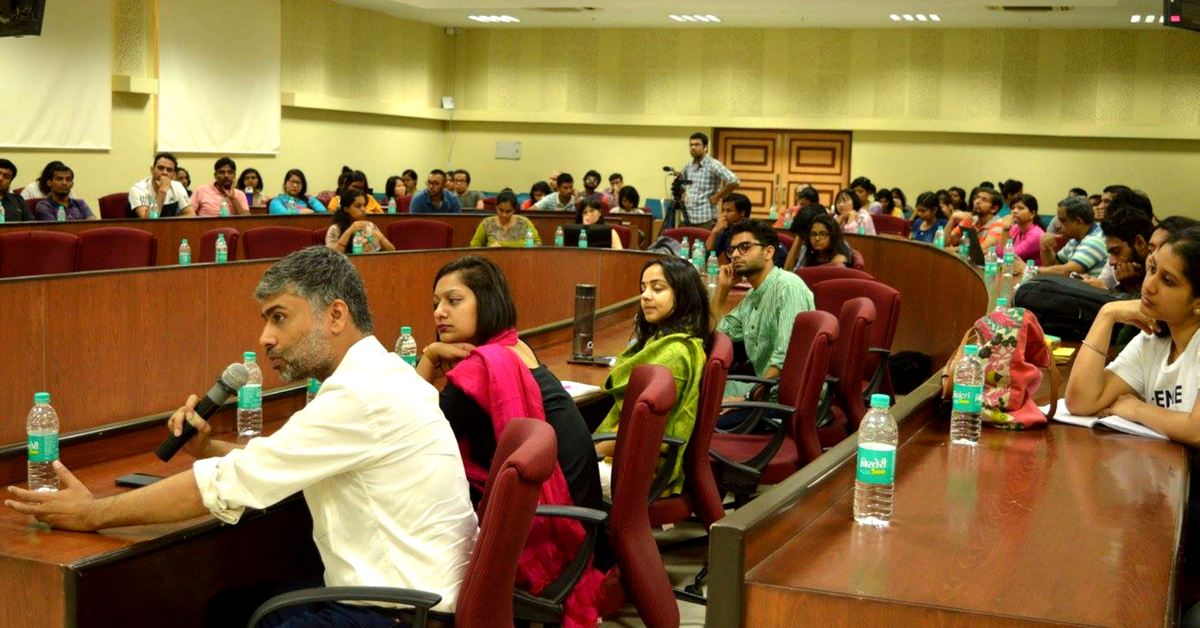 The ‘Southern Conclave’ witnessed a participation of NPOs and corporates from southern states of Karnataka, Tamil Nadu, Kerala, Andhra Pradesh and Telangana.

Founded in 1936 by the Sir Dorabji Tata Trust, the Tata Institute of Social Sciences (TISS) is one of the premier universities in India whose foundational tenets rests upon the conviction that professional application of social work can play a defining role in shaping and augmenting the country’s public policies and law structures.

Besides being a publicly funded research university that has academic collaborations with prestigious universities across the globe, TISS is Asia’s oldest institute for professional social work education and one of the foundational think tanks on Corporate Social Responsibility (CSR) in the country.

With social development as its core precept, it is imperative that non-profit organisations (NPO) are placed under the same umbrella that covers social work, CSR and public policymaking. Whether recognised or not, such bodies are some of the major stakeholders in the development and public welfare sectors for any country, whose years of expertise in the field, more often than not, has paved the way for many landmark changes.

In 2011, Rohan Sarma, the Head of TISS AESDII, took the lead in conceptualising an assessment framework that went beyond mere financial due diligence and quantitative methods to a mixed method approach.

This gave importance to aspects like unique organisational stories, their unique contexts and differing trajectories on the learning curve and being cognizant of their specificities—one that differed from a universal assessment framework that only gave importance to financial health and financial performance.

“The idea behind TISS AESDII was to build capacities of smaller organisations through hand-holding and empowering them with knowledge and skills so that they could ‘compete’ and collaborate in the so-called ‘CSR Marketplace’. That is why we decided to embark on the TISS AESDII Regional Conclaves, where we want to not only have ‘doing’ NPOs but also ‘thinking’ NPOs. We don’t only want to develop skills, but also give legitimacy to alternative ways of thinking, doing and promoting self-reflexivity among NPOs. This will help them understand their relevance, methodology of work and inculcation of better governance, planning and outcome-oriented work for nation building,” explains Sarma to The Better India.

With the aim of bringing greater clarity in the clockwork of development sector and to help different stakeholders in the CSR sphere to interact and form alliances that would elicit organisational efficiency, and clarity of work through which broader social impact could be realised, TISS AESDII had organised ‘Conclaves for Building CSR Partnerships’ in Bengaluru from April 23-25 that brought many NPOs and corporates under the same platform. Centre for Sustainable Development, Indian Institute of Science and Bengaluru Central University were some of the institutions which collaborated with TISS for the three-day event.

The ‘Southern Conclave’ witnessed a participation of NPOs and corporates from southern states of Karnataka, Tamil Nadu, Kerala, Andhra Pradesh and Telangana who were taken through a mix of masterclasses, training and capacity building workshops, and mentoring sessions on relevant themes like governance of NPOs in India along with their issues and challenges, fundraising strategies, cracking a CSR ‘Pitch’ for NPOs.

“Through this conclave, we touched upon very significant areas in our sessions like decoding the CSR law and guidelines, effective pitch making, and proposal bank, template and evaluation parameters for grassroots organisations for the first time. On ground level, a lot of phenomenal work is being undertaken on a daily basis by various NPOs but all this hard work goes into water for the spokespeople often are unable to pitch or propose their ideas as CSR projects proficiently,” says Ami Misra, Programme Specialist, National CSR Hub, TISS.

She also highlighted that many sessions were a first at the conclave like training and mentoring NPOs on how they can present their CSR pitches more comprehensively on greater platforms and market these proposals in a winning manner that would pave the way for better collaborations. The conclave also implemented an innovative approach through the ‘TISS AESDII Bazaar’ that brought together multiple stakeholders to interact on a platform similar to a real-world marketplace.

“The underlying agenda behind these sessions had been to help bridge the gap between substantial groundwork that these organisations were undertaking and their inability to market themselves well,” Ami adds.

The conference proved to emerge as a platform for action and forum, which apart from providing ways of thinking and doing, helped in connecting the dots between donors and implementing agencies to come together and build partnerships that create social impact.

The organisations were also provided with a list of corporates by TISS, with whom they could collaborate with in future endeavours.

“The domain experts at the conclave addressed several areas in the growing Indian CSR landscape. Legal, financial, programmatic and fiduciary aspects of CSR were discussed in great detail. The CSR pitch or bazaar was a unique experience wherein TISS AESDII members groomed participants towards the perfect pitch. In all, the conclave was content-rich, relevant and engrossing,” mentions Dr Anupama Shetty from Narayana Health Limited, who had been one of the Southern Conclave participants.

“The Southern Conclave arose as a platform that brought together like-minded people in the field carrying similar passion, values and energy for the work they are doing. The highlight of the event, however, were the proposal writing and pitch making sessions that were beautifully articulated and quite comprehensive,” says Diljith from Institute of Public Health, another participant organisation at the event.

Next, it is Mumbai that is gearing up to host the TISS AESDII Western Conclave for Building CSR Partnerships between May 21 to 23.

To participate in the “TISS AESDII Western Conclave for Building CSR Partnerships”, please visit here. The fee per day per participant are as follows- Rs 18,000 for companies (public and private sector), Rs 3,000 for TISS empanelled NGOs and Rs 4,500 for non-empanelled NGOs.