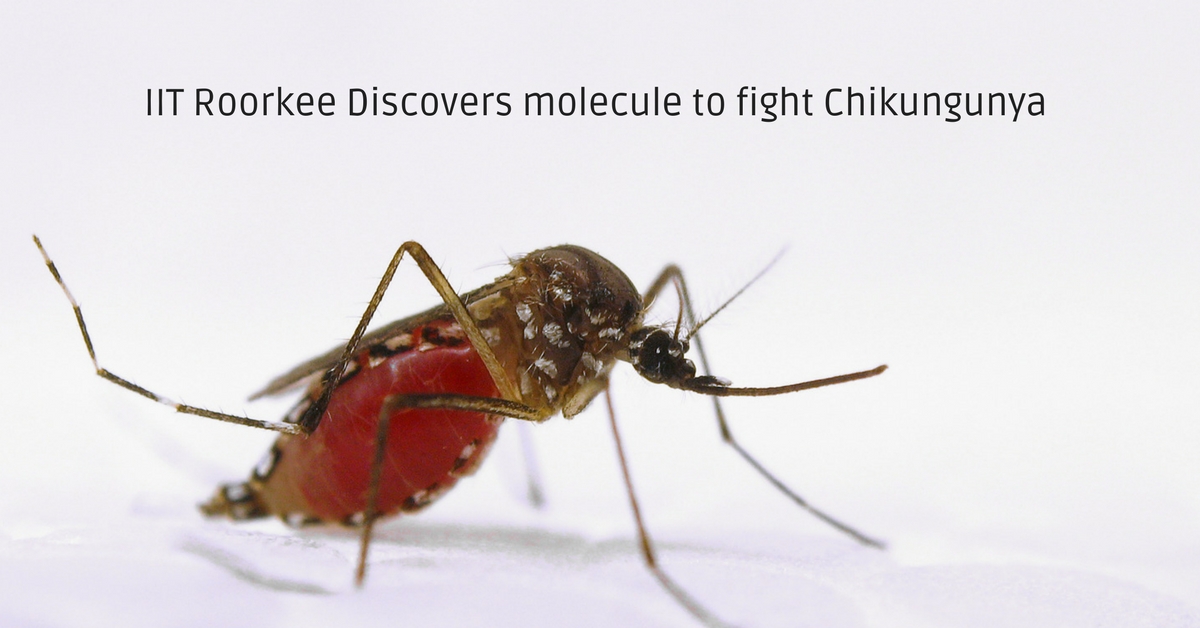 With over 9,175 cases of Chikungunya recorded in India, the virus has no cure or anti-viral vaccinations. This might change as this scientific breakthrough will bring about a needed cure for the virus in the future.

Chikungunya is an infection caused by a virus of the same name. Discovered in 1955, after an outbreak in 1952 in Africa, the disease spread to South Asia, and Southeast Asia very quickly. In a 2006 outbreak, India reported 1.25 million suspected cases.

The infection carried mostly by mosquitoes is not very fatal but still has a one in 1000 death risk. But it’s symptoms are quite nettlesome. From headaches and muscle pains to rashes, the infection can leave the infected with joint pains for months.

The virus has spread over 40 countries worldwide. Chikungunya remains a severe threat as to pregnant mothers and children. And more fatally, there is no anti-viral vaccinations or specific treatment for chikungunya.

“The nsP2 protease is a strict viral enzyme. (This) Means it is absent in humans, and thus, is an excellent anti-viral drug target for Chikungunya virus. Our research group has targeted nsP2, using biochemical and structure-based approach. We identified a molecule that not only possesses anti-nsP2 activity but also effectively kills the Chikungunya virus in the cell-based assays,” Tomar said to the Financial Times.

The research was funded by a grant from the Department funded this research, and it was published recently in the Elsevier journal Biochimie.

In another scientific paper that discusses the possible anti-viral perspectives for chikungunya concludes, “Some of the issues related to vaccine development are the requirement of further in vivo evaluation, the need for clinical trials, and cost and scalability issues.”

It should be understood that scientists and researchers who spend their time for groundbreaking scientific works like these, can bring about the change in the everyday lives of the citizens.

We congratulate the scientists Rajesh Sharma, Pooja Kesari, Pravindra Kumar and Shailly Tomar of the Department of Biotechnology, Indian Institute of Technology Roorkee for their research into the deadly disease.

Hey, you may also like: New Dengue Detection Method from India Makes Test Ten Times Cheaper Than Before!