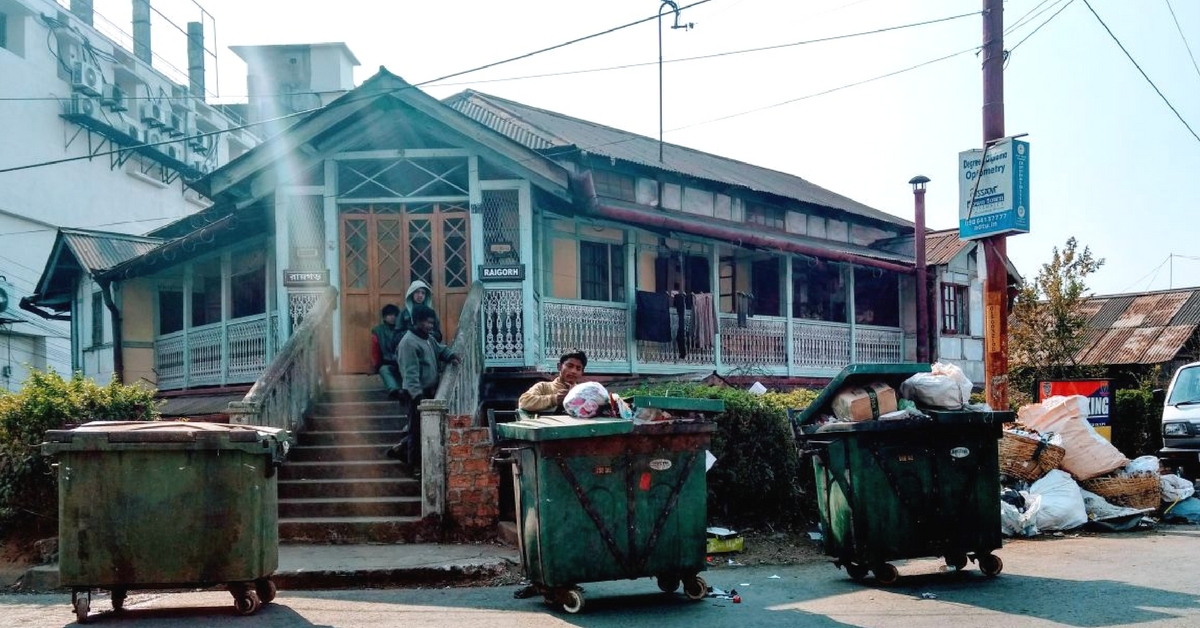 On a daily basis, it is reported that Meghalaya generates over 500 hundred tonnes of garbage, out of which its capital city, Shillong, roughly accounts for a staggering 150 tonnes alone!

Waste management is undoubtedly one of the persistent crises that every state in India is currently grappling with.

While the incumbent government’s ambitious Swachh Bharat Abhiyan has been vociferously pushing for comprehensive state-centric drives since 2014, little seems to have worked in this regard—neither managing the ever-growing mounds of garbage nor achieving this in a sustainable manner across cities and towns in the country.

Amidst the seven sisters of Northeast India, Meghalaya, which is known for its undulated mountainous topography and natural landscapes undefiled by pollution, has also been struggling with its garbage burden for many years now.

On a daily basis, it is reported that Meghalaya generates over 500 hundred tonnes of garbage, out of which its capital city, Shillong, roughly accounts for a staggering 150 tonnes alone!

To tackle this issue, the state has initiated different localised programmes at sporadic intervals like involving school children in waste collection programmes or ‘trash to cash’ initiative where the state pays the citizens when they turn in their household waste.

However, nothing seems to have worked to their benefit in these years.

Buckling up before it is too late, Meghalaya has now decided to learn and adopt an existing model in the country that was recognised for its successful and sustainable management of solid waste under the United Nations Environment Programme (UNEP) as one of the best across the world last year.

Kerala’s Alappuzha had earned this extraordinary distinction after formulating a decentralised plan that would enable households to go green and treat domestic biodegradable waste in their own backyards in 2012.

Under the ‘Nirmala Bhavanam, Nirmala Nagaram’ (Clean House, Clean City) campaign, the active participation of citizens played a vital role in reducing the weight of waste management that earlier rested solely on the shoulders of municipal authorities.

Meghalaya’s Department of Urban Affairs will be deploying a team for this very purpose, who will visit Alappuzha during the first week of May to study their comprehensive model of waste management.

“In the last four years, some districts have done better than others in managing waste, but the overall waste management situation remains below par. We will dispatch a team to Alappuzha to see how a comprehensive waste management programme has been adopted, successfully,” said E Kharmalki, Urban Affairs Director, to NDTV.

By establishing 5,000 kitchen bins, 3,000 biogas plants, 2,800 pipe composting units and 218 aerobic composting units in all its wards, Alappuzha was able to take care of 80 percent of its waste produced by a population of 1.74 lakh.

With the aim of emulating Alappuzha’s model of waste management and mould it to meet their own state’s requirements, Meghalaya’s primary focus would be on waste segregation. Though 16 of 57 wards across the state have reportedly achieved 100 percent door-to-door waste collection, segregation is only done in few wards.

“Given that Shillong is scheduled to hold the National Games in 2022, we would want the city to ideally become waste-free by then. Alappuzha’s three important achievements of waste segregation, composting and utilisation of biogas are what are looking to learn from,” Kharlmalki added.

You may also like: How Kerala’s ‘Zero-Waste’ Alappuzha Won a Spot Among Top 5 Cities in UN List

Not only Meghalaya, in order to keep a tab on their waste management crises, other cities and states in India can also take a leaf out of Alappuzha’s sustainable model to manage their seemingly insurmountable waste burden.