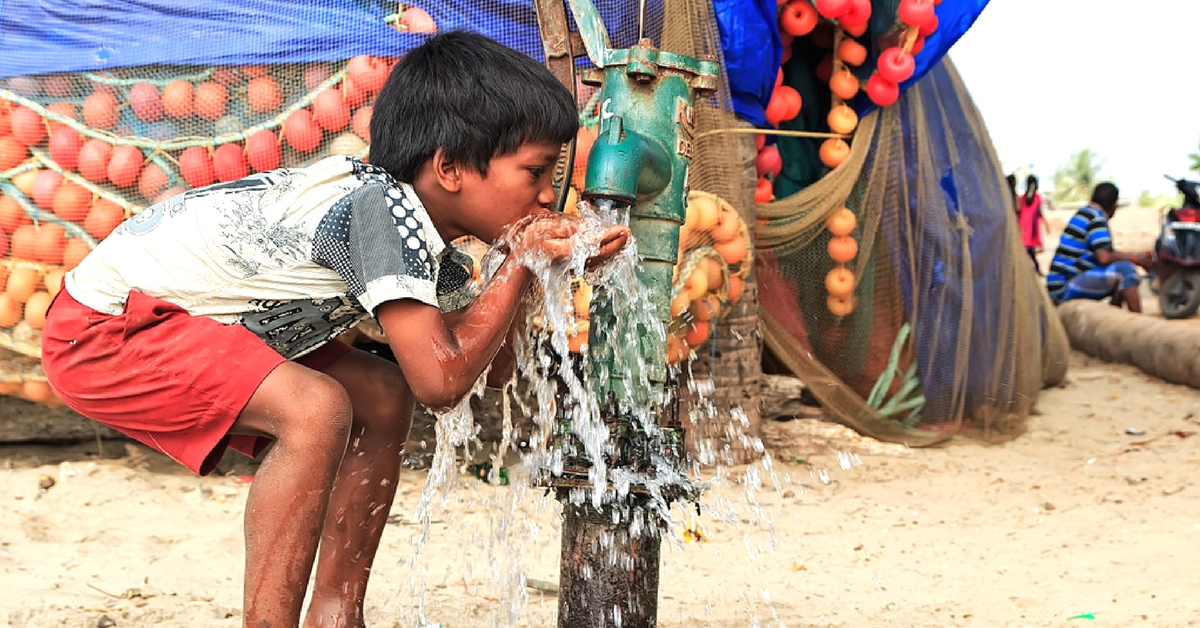 Even as the IT-hub is a highly developed urban city, thousands of its residents still do not get pipeline access to drinking water and are heavily dependent on bubble tops.

Mercury levels are soaring across the country, and Bengaluru is no exception. From early morning to late evening, one is almost always drenched in sweat. Although the scattered rain showers on some afternoons bring some relief, it is only temporary.

Well, these weather conditions are likely to last for another one month or so, and for all those Bengalureans, who are stressing about the lack of access to drinking water, a new form of ‘ATMs’ might be a blessing in disguise.

Even as the IT-hub is a highly developed urban city, thousands of its residents still do not get pipeline access to drinking water and are heavily dependent on bubble tops— 20-litre plastic cans of water that need to be ordered almost every week.

These bubble tops may cost anything between Rs 30 to 80, and for people belonging to the economically backward sections of the society, spending so much money on water on a weekly basis is a cost they would rather not bear.

However, the water ATM project is set to change things.

Started in 2013, and usually funded by MLAs and businesspeople, these water ATMs come as little cans of happiness for those who cannot afford to pay Rs 50 for water every week.

All that you need to do is insert a Rs 5 coin in the machine, place your empty bubble top can under the dispenser and wait.

Speaking to the Times of India, Suresh Kumar, a resident of Shantinagar, said, “This scheme should be extended across the city. I cannot afford to buy a water purifier at home, and water ATM has come as a big relief as the water is safe for consumption. In fact, we do not know if the water supplied by private distributors is safe to drink.”

You may also like: Meet The Company Behind Drinking Water ATMs in 1800 Indian villages

The project has already grown by leaps and bounds, and enterprises like Piramal Sarvajal have set up over 330 ATMs.

The residents of Bengaluru seem to be satisfied with the scheme and form long queues at the dispenser to get potable water at 1/10th the rate of private distributors. The highly subsidised rates, good quality of water and easy access make the wait in queues worth it!