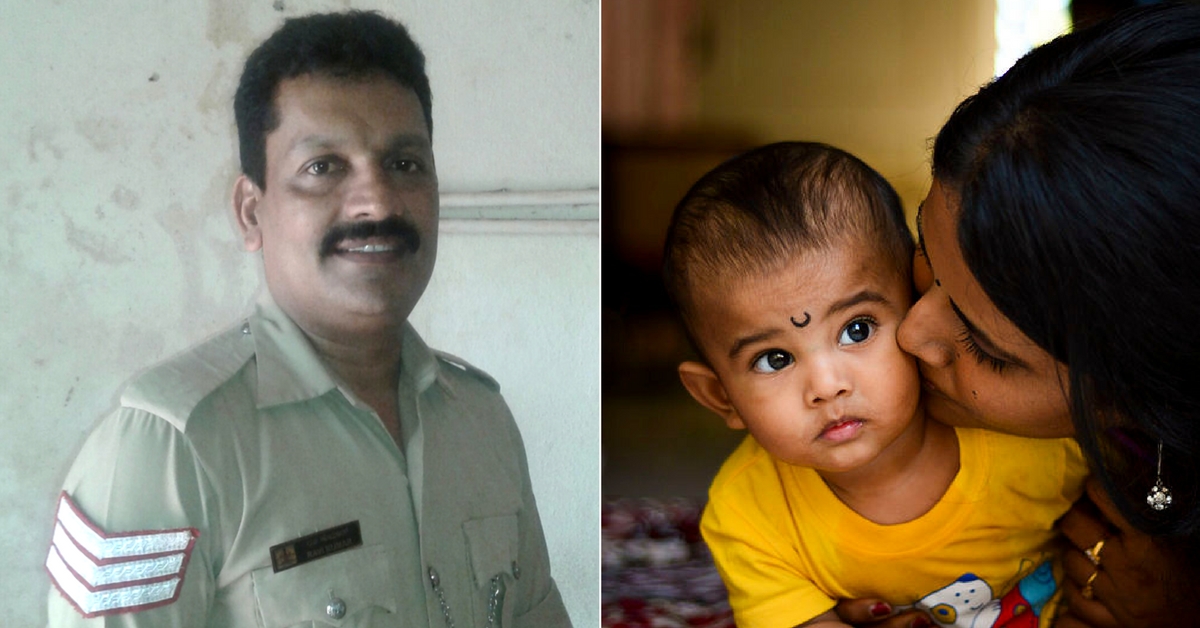 Ravi had been on the way to drop his children to school in Yekkuru when he was approached by a panic-stricken mother-son duo, for help.

Not all heroes wear capes. Some don the Khaki uniform and do their work without seeking any attention, and treat every incident like a professional call of duty.

One such individual is head constable Ravi Kumar of the Mangaluru Rural police station, who went the extra mile to make sure a pregnant lady received immediate medical attention.

Ravi had been on the way to drop his children to school in Yekkuru when he was approached by a panic-stricken mother-son duo, for help. Naushad, who is an autorickshaw driver, had been taking his sister Balkesh along with his mother and elder sister to a private hospital in Kankanady as she was grappling with severe labour pains.

They had almost covered eight kilometres when the situation turned dire and every passing second seemed detrimental for the mother and baby.

“The baby had partially come out and Balkesh was bleeding. We did not know what to do as a part of the baby was already out. We saw a car nearby and rushed towards it seeking help. Ravi Kumar did not think twice before helping. Balkesh ended up delivering the baby in his car,” Naushad told The Times of India.

Instead of refusing to help or calling for an ambulance, Ravi first walked his kids to school and then jumped to action.

You may also like: Why Was This Mangaluru Cop Awarded for Creating a 20-Minute Traffic Jam!

“I would not have qualified as a human being had I not helped. I just happened to be there at that time. I quickly walked my children across the road so I could take the woman to the hospital. Even while I was walking them, my kids told me to take care of the woman in pain. I drove as fast as I could so that we reached the hospital on time. However, she delivered in the car,” he said.

Upon reaching the hospital, the staff cut the umbilical cord and administered the required treatment to the mother and her son. It is reported that both are doing well.

Ravi’s act of kindness is indeed noteworthy in a district that has been remained on the forefront for communal violence and had it not been for his timely intervention, Balkesh or her infant son won’t have lived to tell the tale.