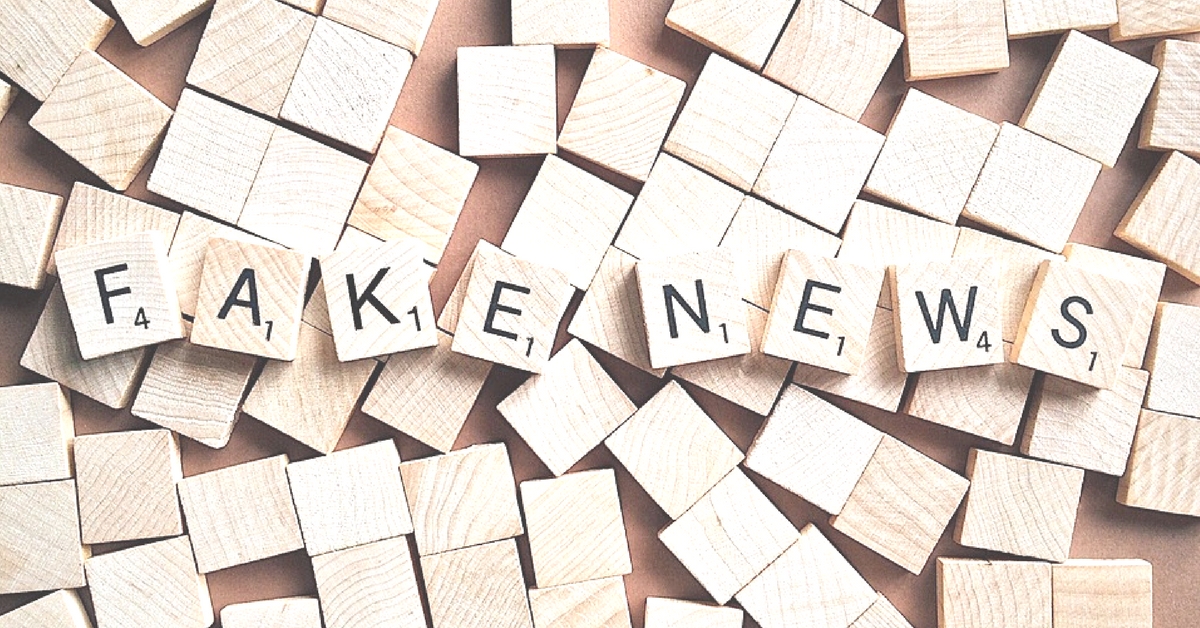 Strangely enough, websites and social media platforms such as Facebook, Twitter and WhatsApp, do not fall within the ambit of the government’s latest order.

UPDATE: (The Prime Minister’s Office has directed the Information and Broadcasting Ministry to withdraw its latest set of guidelines regulating fake news after coming under attack from the media fraternity. Also, the PMO has reportedly said that any decision pertaining to fake news should only be addressed by the Press Council of India and News Broadcasters Association.)

In a move that has caused a storm in media circles, the Information and Broadcasting Ministry has passed an order seeking to crack down on journalists publishing or propagating fake news.

As per the newly amended guidelines to clamp down on “instances of fake news in various mediums including print and electronic media,” the journalists who have “created and/or propagated” fake news will either have their Press Information Bureau accreditation suspended or terminated.

Both the Press Council of India and News Broadcasters Association, which regulate the print and television media respectively, will determine whether a particular piece of news is fake or not.

Although the I&B Minister, Smriti Irani said the government did not regulate or operate these watchdogs, the fact remains that it is the Centre has not only established the scope of punishment but also left the definition of fake news and substance of the complaint open-ended.

Amazed at how few are able to distinguish between fake news, slant/propaganda and editorial oversight. Conversations around the postcard news case show the poor level of media literacy even among journalists.

What’s the process the government has set out for the “determination of fake news”?

Press Council of India (PCI) is a statutory body that is supposed to be a watchdog for print media. It’s autonomous on paper but there’s one tiny detail: a significant chunk of its funding comes from…take a guess? The Ministry of Information and Broadcasting.

Once a complaint is registered, the journalist who “created and/or propagated fake news” will have his/her press accreditation “suspended till such time the determination regarding the fake news is made by the regulating agencies mentioned above.”

To the uninitiated, a Press Information Bureau (PIB) accreditation offers journalists essential benefits, especially if their job is to cover the government. The accreditation allows them access to not only government buildings, but also official functions.

These fake news complaints will be referred to the PCI if it falls within the purview of the print media, while the NBA will take up those pertaining to television media.

Any resolution on the complaint is “expected to be completed within 15 days.”

Modus operandi of various groups antithetical to democracy includes use of Cambridge Analytica type data mining firm that unleash psychological warfare on voters by peddling #FakeNews through certain journalists on the payroll of such forces.. crackdown is essential in such cases

Meanwhile, the Accreditation Committee of the Press Information Bureau, which has representatives from both the NBA and PCI “shall be invariably be reached out to for validating any accreditation request of any news media agency.”

If these bodies determine that a particular piece of news is deemed fake, the journalist’s press accreditation will be suspended for six months for a first-time violation, one year for a second offence and permanent termination for a third.

Strangely enough, websites and social media platforms such as Facebook, Twitter and WhatsApp, which are often accused of publishing or propagating fake news, do not fall within the ambit of the government’s latest order. It isn’t hard to guess why these mediums don’t fall within its purview.

Let us first acknowledge that #FakeNews exists. And it is a problem and we need to find solutions. Now you can argue what the government is doing right or wrong. (Cont)

Which journalists are eligible for accreditation with the PIB?

Those with at least “five years’ experience as a full-time working journalist,” while freelance journalists require 15 years of prior experience. Foreign correspondents require an experience of five years and bona fide work visa.

The new guidelines don’t hold editors or proprietors of publications and channels responsible, but it does leave open to attack beat reporters. With PCI and NBA holding the whip, the profusion of websites whose repertoire is fake news remain out of the guidelines’ reach.

Finally, those seeking PIB accreditation will have regulators “examine whether the ‘Norms of Journalistic Conduct’ and ‘Code of Ethics and Broadcasting Standards’ prescribed by the PCI and NBA respectively are adhered to by the journalists.” Moreover, it would be “obligatory for journalists to abide by these guidelines.”