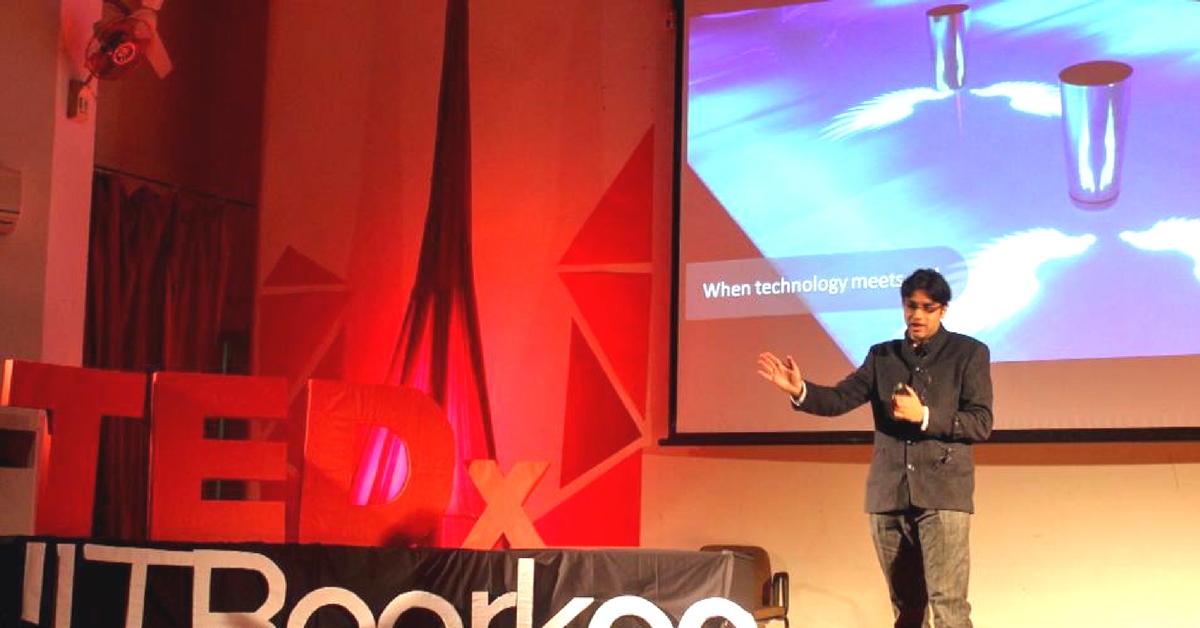 From a very young age, Anup showed a great interest in computers.

Anup’s interest in creating things began with origami, at the age of 6. He showed a tremendous amount of interest in the delicate Japanese art; a passion his parents fuelled by giving him books that dealt with the subject and assisting him in entering origami competitions.

A few years later, when he was introduced to computers, it was his Origami skills that helped him understand dimensions and proportions and developed his interest in 3D animation and designing on computers.

Once this happened, there was no looking back.

Anup began to delve deep into the computer programming world, in Class 5. With the aid of a private tutor, he learnt languages like Oracle, SQL, etc. Parallel to this, the young lad also had a small lab at home, where he would tinker with electronics. He would take things apart, put them back together, and create small sensors or alarms using his tools. This avid interest in computer programming saw him dive into basic software design and networking.

At the age of 14, Anup became the world’s youngest person to give Microsoft certification exams—the MCDBA, MCSD and MCSE. These are exams usually given by engineering graduates, but the teenager went ahead. He did well, as is evident from the hand-written congratulatory note that Bill Gates sent him.

This way, Anup carried on fuelling his interest. He was studying in Class 10 at the Loyola High School in Pune when he realised that survival in the IT industry required innovation. Building something was the need of the hour.

Hence in Class X, when most students hunker down for board exams, Anup founded his first company.

‘Techno Karma Labs.’ High-performance computing and wireless mesh networks-topics pertinent today were being explored by Anup, at the age of 14.

The firm’s first product was the 802.11b based mesh router which was low-cost and efficient when compared to others. Anup decided to continue his education, and Techno Karma Labs took a back-seat at the time.

Anup was a frequent visitor to the campus of the International Institute of Information Technology, Pune. He was acquainted with the professors in the college, who took a keen interest in his projects. After completing school, when he decided to pursue a degree, the institute gave him a special chance to study there.

However, this was a very extraordinary offer. The institute decided to allow him to skip the Bachelor’s degree, and move straight ahead towards a Master’s degree. All the professors vouched for him, as they were aware of his academic prowess.

Anup did not disappoint his professors. He placed 2nd in the whole batch—a student straight out of school, without a Bachelor’s degree!

He had published a few research papers, during IIIT’s conferences. It was at one such conference that he met Irwin Jacobs, the former CEO of Qualcomm.

Impressed by his talent, Mr Jacobs invited him to the US, to complete an internship with the prestigious firm. After his internship ended, he continued working with Qualcomm for some more time. He worked for a year, in San Diego, California. At the time, he was just 19 years old.

His parents were keen that he pursue further studies, and Anup enrolled himself in the University of California and started his PhD.

At the same time, he was consulting for product startups, understanding how the startup ecosystem worked, as he always wanted to start something of his own.

Anup took a break from his doctorate, returned to India, and got involved in consulting projects. That is when he started TouchMagix. Anup’s firm began with a project that could convert any wall or floor into an interactive touchscreen. The technology has a lot of potential and hasn’t been seen in India.

Today, the firm is a next-generation digital technology firm, that wants to engage consumers to create unforgettable experiences.

Anup wants to maximise the ability and scope of gesture-based and multi-touch technologies, something he visualised as a teen.

You may also like: Brilliant 15-Year-Old Finishes 4-Year Engineering Degree in One Year!

He has come a long way since first foraying into origami, and wants to leverage the advantages of technology to enrich human lives. Via TouchMagix, this former child prodigy wants to help brands create a lifelong impression on the consumer’s mind.