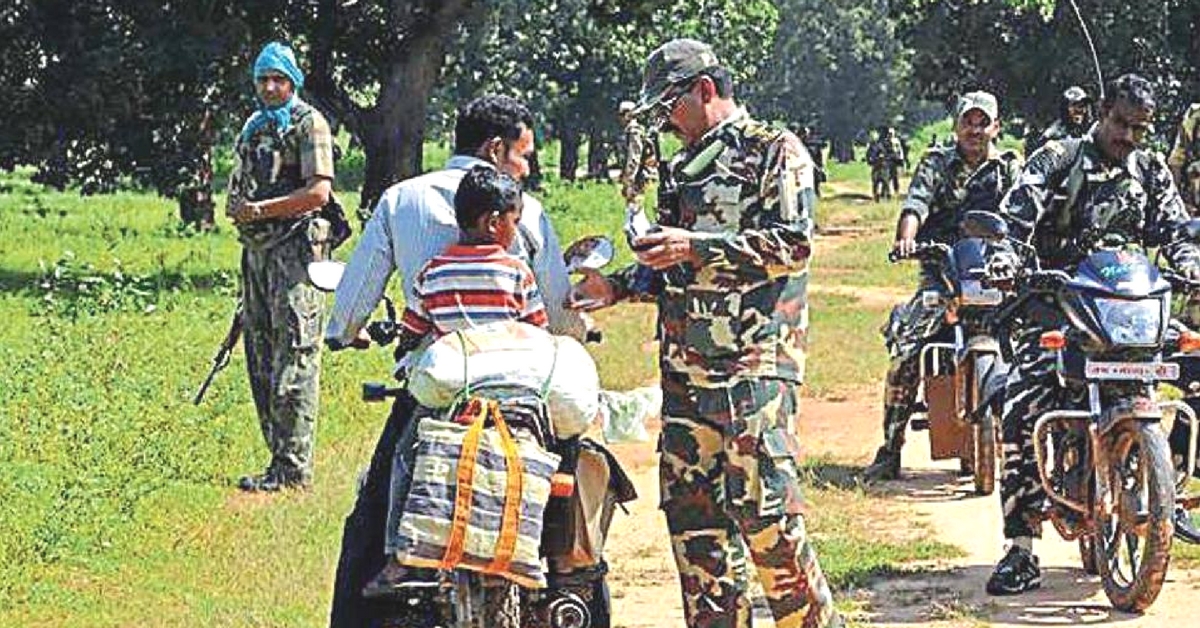 Any assessment of the conflict between the Indian State and Maoist insurgents usually entails a discourse on armed strategy, exploitation of the Adivasi community and how governments have denied them the fruits of economic development, thus facilitating their discontent.

Language has never become a major point of discussion, although it should. The state’s inability to address the communication gap between the Adivasi community and government officials, who don’t speak their lingua franca, has offered Maoists the opportunity to exploit this disconnect.

This is all set to change with a unique initiative started by CGNet Swara, a voice-based online portal that allows people in the forests of Central Tribal India to report local news by making a phone call.

Backed by the Indira Gandhi National Centre for Arts, nearly 100 people from the Gond tribal community have worked for the past four years to standardise their Gondi language, spoken by almost 12 million tribal citizens residing in Chhattisgarh, Maharashtra, Odisha, Telangana, Madhya Pradesh and Andhra Pradesh. This initiative has created a dictionary with over 3000 standardised Gondi words.

Why is there a need to standardise the Gondi language?

There are different versions and dialects of the same language spoken across different regions, depending on the influence imposed by the dominant regional language. In Chhattisgarh, for example, it’s Hindi which dominates officialdom. This greatly hampers development.

How did this project to standardise Gondi language come about?

Speaking to Mint, Shubhranshu Choudhary, founder CGNet Swara, spoke about how the project is also part of an attempt by the Gonds to include their language in the Eighth Schedule of the Constitution, which lists the official languages spoken in the Republic of India. At present, there are 22 languages in the Eighth Schedule. Given that nearly 12 million speak the language, Adivasis feel that this demand is legitimate.

For Choudhary, the project began after he quit his job as a BBC journalist and went back home to Chhattisgarh in 2003. “I belong to a family of refugees from Bangladesh, which had moved to these parts. I studied in a tribal welfare department school, the only one in the area, where my classmates belonged to the Gond community. When I visited my hometown again on work, I found that a lot of my classmates had joined the Maoists and taken up guns,” he tells Mint.

Most of his Gond friends that had joined the ranks were school dropouts. The schools they went to had no locals teaching them and those who did only communicated in Hindi. This communication gap extends to the local administration and its inability to impart basic governance in a language they understand. Allied with rampant exploitation at their hands, poor economic development and the violence unleashed by both the security forces and Maoists, this is a recipe for disaster.

“The Maoists did two things – spoke their language and lived with them. They told the Gond community that ‘Tumhe kuch nahi mil raha hai’, and people assumed that to be the truth. There had been a communication breakdown between the administration and the Adivasis. They felt no one wanted to listen to them,” Chaudhary goes on tell Mint.

With a standardised Gondi dictionary, what Chaudhary hopes for is the emergence of administrators, doctors, journalists and teachers from the local community who do not have to drop out of school and pick up arms against the Indian State.

Going further, the inclusion of Gondi into the Eight Schedule of the Constitution would offer the community employment opportunities, pedagogic benefits, the good fortune of having their books translated into other languages, better representation in Parliament (with the translation facility open to them), ability to write competitive exams in their language, recognition from the Sahitya Akademi, and monetary benefits.

Read also: How a Young IAS Officer Used Education to Transform the Naxal-Affected District of Dantewada

“With Hindi still largely alien for many in this part of the state (Chhattisgarh), Naxal songs and other forms of entertainment in local languages have become, not just the driver of an underground pop culture, but also an efficient way for the rebels to get their worldview across and get closer to the locals. This strategic use of indigenous languages is something the state has overlooked, transfixed as it remains on ‘mainstreaming’ tribals by getting them to learn only Hindi,” writes Debarshi Dasgupta a National Foundation for India Media Fellow, working on linguistic aspects of this conflict.

While the State has more or less neglected Gondi in their school curriculum, the Maoists have written entire textbooks with their education wing the Dandakaranya Vidya Vibhag at the heart of it. There is little the State has done to assimilate Gondi in mainstream culture, while Maoists have long written songs speaking of their struggles.

As noted Indian journalists, who have extensively covered the region note, killing a 100 Maoists will not resolve the violence in the region – language might.

While a better security strategy, infrastructure development, and delivering basic welfare services are part of the solution, the State must also adopt soft power.

According sincere respect and sensitivity to the local language, lifestyles, indigenous knowledge and culture are also elements that could definitely facilitate the process of peace and end the menace of Maoism. The Indian State must see a future for Adivasi languages in the mainstream.

Otherwise, it risks losing them.