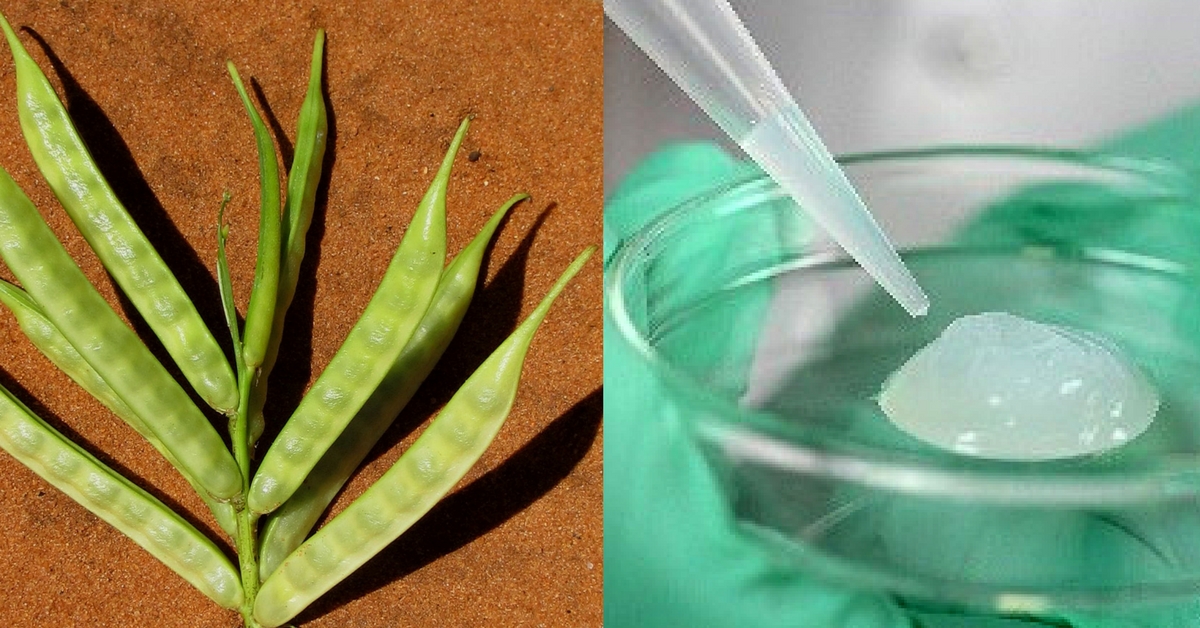 The hydrogel was found to absorb up to 800 ml water per gram and improved porosity, moisture absorption and retention capacity of the soil

Scientists have developed a hydrogel from the gum of guar (cluster bean) that can increase soil moisture and help farmers save their crops in case of water scarcity.

Hydrogels are a network of polymers that can hold a large amount of water and are extensively used in diapers and sanitary napkins. Synthetic hydrogels are, however, not readily biodegradable and their degradation products are considered to be hazardous for the environment.

“The Guar gum-based hydrogel is biodegradable. Besides increasing moisture content, it adds organic content to the soil upon degradation,” explained Nandkishore Thombare, a scientist at Ranchi-based Indian Institute of Natural Resins and Gums and a member of the research team, while speaking to India Science Wire.

The Indian Agricultural Research Institute (IARI) had earlier developed and successfully commercialised a semi-synthetic hydrogel, popularly called Pusa Gel. It was found to save water-stressed crops.

“Our work is similar to previous research in principle but we have used a different starting material. Pusa gel uses cellulose and zeolites while we have relied on Guar gum,” Thombare said.

A microscopic analysis of the newly-synthesised hydrogel showed spongy surface and both macro and micropores, which allowed direct penetration of the water, resulting in a higher swelling capacity as compared to the nonporous and compact surface of guar gum.

While the maximum water holding capacity of untreated soil was found to be 33.59 percent, the addition of 0.3 percent of powdered hydrogel improved the capacity by around 54 percent.

You may also like: Growing Soil-Less With Hydroponics: An Introduction to Innovative Farming at Home

“Guar gum-based hydrogels have a good potential in agriculture because of their high water absorption capacity and biodegradability. But the study does not mention the degraded products and post-polymerization effects. The residual effect of grafters and crosslinkers on microorganisms is also not clear,” commented K S V Poorna Chandrika, a scientist with the agricultural chemistry department of the Hyderabad-based Indian Institute of Oilseeds Research, who is not connected with the study.

The research team also wants to work further on the hydrogen it has developed. “We need increase shelf life of the product as its absorption capacity declines over time. Our next plan is to standardise the synthesis process of the product to address that issue. We also need to test its scalability,” Thombare said.

You may also like: Coconut Husks, Sand, and More: All You Need to Create a Soil-less Garden!