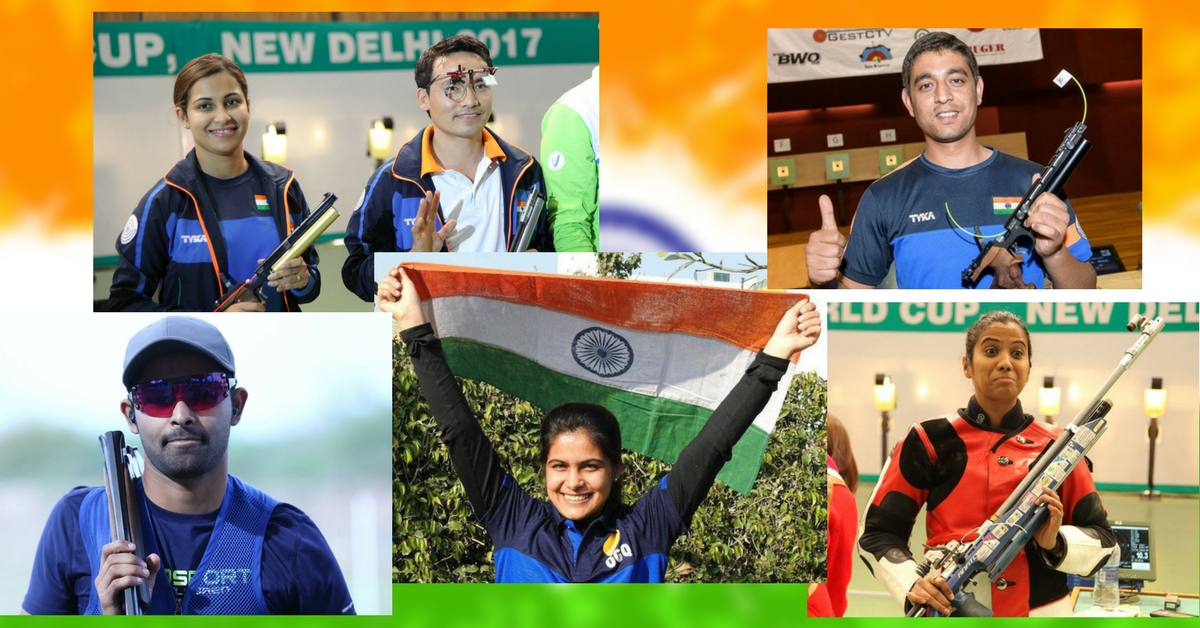 The ISSF World Cup is held every year and witnesses heavy participation from various countries around the world. This year, Indians dominated the medal tally with these talented shooters!

The International Shooting Sports Federation (ISSF) World Cup recently came to an end, and India secured a total of 9 medals—the highest medal tally among the participating countries!! USA was in the second place, while China secured the third place.

The ISSF World Cup is held every year and witnesses heavy participation from various countries around the world. This time, it was organised in Guadalajara, Mexico and the events ranged from rifle shooting, pistol and shotgun shooting.

This year, Indians dominated the medal tally, and this news calls for a big celebration, as Indians have emerged triumphant in a global event, for the first time, in the history of the sport.

Young talents like Manu Baker, Mehuli Ghosh, Shahzar Rizvi, Anjum Moudgil, and Om Prakash Mitharval have become the talk of the town due to their exploits.

The winners were congratulated by Sachin Tendulkar and Abhinav Bindra on Twitter and acknowledged the start of a new era for Indian shooting.

The youngsters deserve all the accolades being heaped on them, and one thing is for sure—the 2020 Olympics promise to be a showcase of talent in action.

Hey, take a minute to fill out our survey, it will help us serve you better