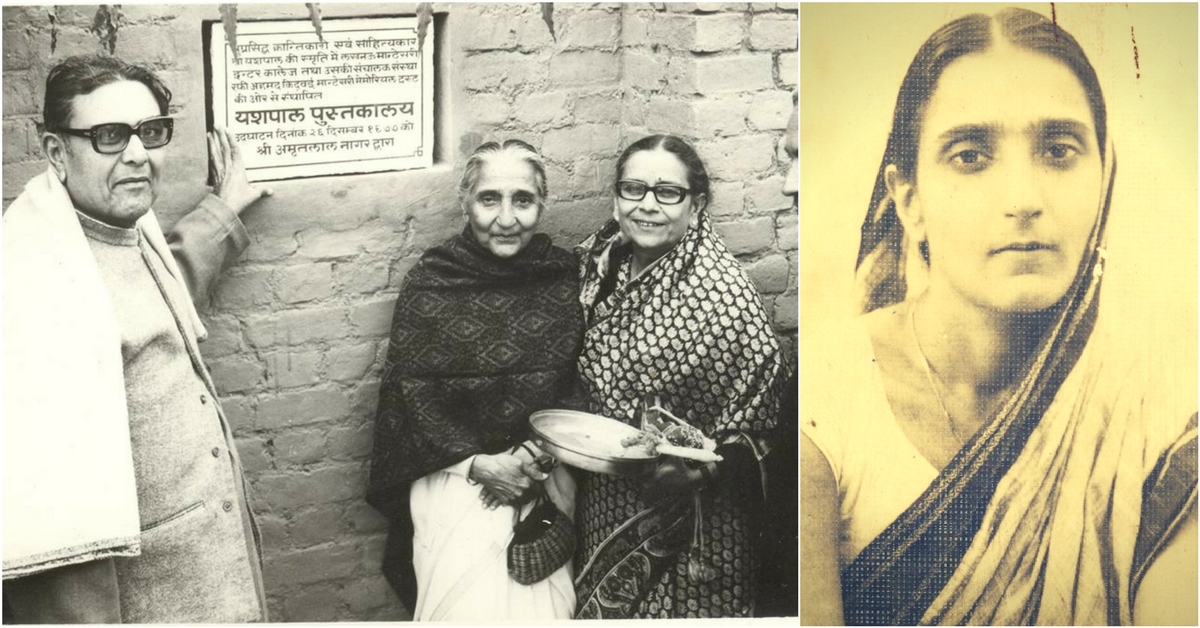 Seventy-one years after India finally got its hard-won independence, the courage and contributions of many freedom fighters have faded away from public memory. Largely overlooked by writers and historians, these men and women laid the foundation of India’s freedom from the British.

One such unacknowledged heroine is a woman few Indians know about, a woman who lived a life of intrigue and danger to help her nation fight colonial rule. The woman was Durga Devi Vohra alias Durga Bhabhi.

This unsung revolutionary appeared like a meteor on the anti-colonial nationalist sky and wielded tremendous influence on men such as Bhagat Singh, Rajguru and Chandrashekhar Azad. 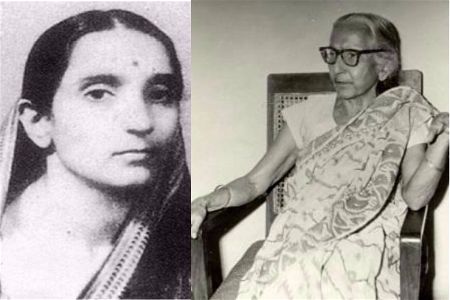 The only child of a Gujarati couple settled in Allahabad, Durga Devi was brought up by her aunt after her mother passed away and her father took vows of sanyas (renunciation). At the young age of 11, she was married to Bhagwati Charan Vohra, the son of a wealthy Gujarati who lived in Lahore and worked for the railways.

Deeply impacted in her childhood by the brutal atrocities that Britain’s colonial rule kept inflicting on India, Bhagwati Charan joined the Satyagraha movements sweeping India in the 1920s. As a student at Lahore’s National College, he also joined Bhagat Singh, Sukhdev and Yashpal in starting a study circle that would scrutinize the revolutionary movements happening around the world.

Soon after, the group of friends founded the Naujawan Bharat Sabha with the aim of encouraging youth to join the freedom struggle and ending the social evils of communalism and untouchability. As such, all these young revolutionaries became frequent visitors to Bhagwati Charan’s family home in Lahore.

This was how Durga Devi — working as a teacher at a girls’ college in Lahore — first came into contact with these legendary revolutionaries. Drawn by cause of national freedom, she joined Hindustan Socialist Republican Association (HSRA), an organisation whose aim was setting India free from the shackles of British rule.

By the late 1920s, the members of HSRA had ramped up their revolutionary activity. Courting arrest was greeted with the distribution of sweets and the sight of a policeman with court summons was welcomed with joyous exclamations. And Durga Devi, a meticulous planner, was an integral part of the machinations of the HSRA.

In 1928, three years after she gave birth to her son, Durga Devi was forced to go underground when the colonial authprities launched a brutally repressive drive against HSRA members.As Bhagwati Charan had recently rented a room in Lahore to manufacture bombs, the couple was well aware that their radical political activities had brought them to the attention of the police.

Nevertheless, they continued with their revolutionary actives. In early December of 1928, Bhagwati Charan left for Kolkata to attend the annual meeting of the Indian National Congress.

A few days later, on December 19, 1928, Bhagat Singh, Sukhdev and Rajguru assassinated Assistant Superintendent of Police John Saunders — the British police officer responsible for the brutal lathi charge that had led to the death of Lala Lajpat Rai.

In the resulting furore and spate of police raids, the trio came to their ‘Durga Bhabhi’ for assistance. To avoid recognition, they had cut their hair short and dressed in western attire.

Undaunted by the risk to her own safety, she agreed to help and handed over the sum of money her husband had left with her for emergencies. The daring woman also agreed to pose as Bhagat Singh’s wife in order to help him escape the British intelligence in Lahore.

What makes Durga Devi’s decision exceptionally courageous is the fact that the social conventions of the time strictly constrained contact between men and women who were not married. Despite knowing the risks, she chose to help the revolutionaries, knowing how important their leadership was for the nationalist struggle.

Taking her three-year-old son along, the indomitable woman helped Bhagat Singh and Rajguru (pretending to be the family’s servant) neatly evade the massive police cordon and board a first class train carriage for Lucknow.

Interestingly, Chandrashekhar Azad also escaped Lahore by travelling in the company of Sukhdev’s mother and sister, disguised as a sadhu escorting the women on a pilgrimage!

On reaching Lucknow, Bhagat Singh immediately sent a telegram to Bhagwati Charan, informing him that he was coming to Calcutta with ‘Durgawati’ while Rajguru was going to Benares. When the two of them finally arrived at Calcutta, they were received by a very surprised Bhagwati Charan who was delighted to learn of his wife’s role in helping Bhagat Singh and Rajguru escape.

In the days that followed, Bhagwati Charan, Durga Devi and an incognito Bhagat Singh attended the Calcutta session of INC (where they glimpsed Gandhi, Nehru and SC Bose) and met several Bengali revolutionaries. Bhagat Singh’s iconic photograph in a felt hat was also taken in Calcutta. 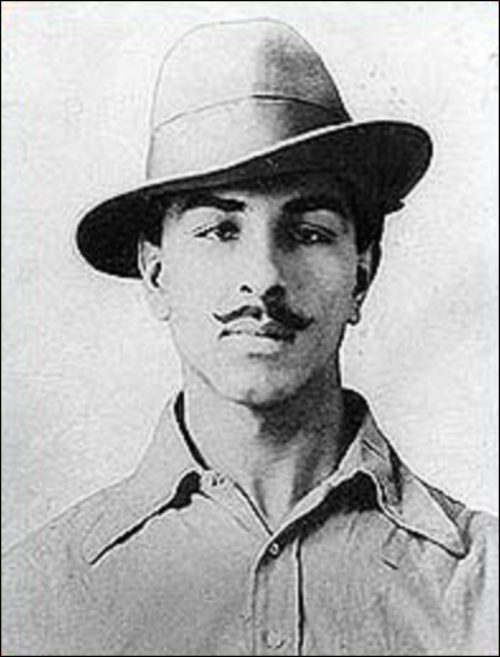 In fact, according to Jogesh Chandra Chatterji (freedom fighter and member of Anushilan Samiti), the plan to throw bombs in Delhi’s Central Assembly was also made in Calcutta. This plan came to fruition on April 8, 1929, when Bhagat Singh and fellow revolutionary Batukeshwar Dutt threw bombs and leaflets inside the Assembly before offering themselves up for arrest.

These charges were clubbed together by the British Raj in the Lahore conspiracy case that led to the arrest of the young leaders of HSRA. Bhagat Singh, Sukhdev and Rajguru were awarded the death sentence and police began to close in on other revolutionaries as well.

Also Read: Shivaram Rajguru and Sukhdev Thapar — The Forgotten Men Who Shook Up The British Raj

In Lahore, Bhagwati Charan’s bomb factory was discovered, forcing him into hiding. While this was happening, his wife continued to play the risky role of an undercover ‘post box’, receiving mail from absconding revolutionaries and forwarding them to their families.

Recognising that a power vacuum had been created in the HSRA due to the arrest of many leaders, Durga Devi began leading revolutionary activities herself. One of these included the daring assassination attempt on Lord Hailey, an ex-Governor of Punjab and a staunch enemy of revolutionaries. Although the Governor escaped, his aides were injured. 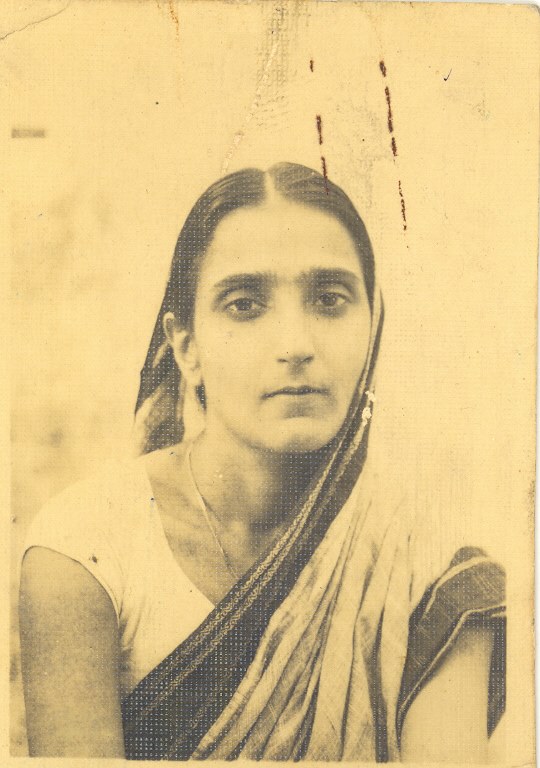 However, a tragedy was hovering on the horizon. Bhagvati Charan had been planning to free Bhagat Singh by bombing the jail he was kept in. But a premature explosion while testing the bomb on the banks of the river Ravi led to his death.

A heartbroken Durga Devi dealt with the grief of her husband’s death by plunging into revolutionary work. In July 1929, she led a procession in Lahore, holding a placard with Bhagat Singh’s photograph and demanding his release. A few weeks later, she led the funeral procession of Jatindra Nath Das from Lahore to Calcutta after his death in the 63-day jail hunger strike.

The same year, October 8, she shot at a British policeman and his wife standing on the Lamington Road in South Bombay, in an incident that would later be described as “the first instance in which a woman figured prominently in a terrorist outrage”. For this, she was arrested and awarded three years imprisonment.

Yet all this is not Durga Devi’s only contribution to her country. In 1939, she visited Madras to receive training from Maria Montessori (the pioneering educator from Italy). A year later, she opened her own school in Lucknow — the first Montessori School in north India — with five students from underprivileged families. 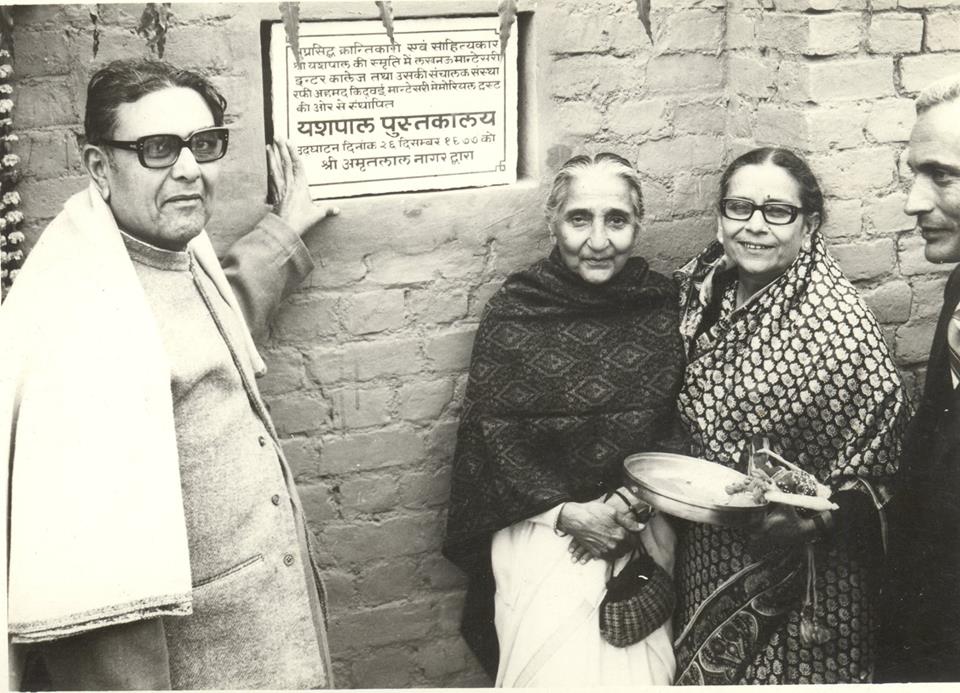 In the years after Independence, Durga Devi lived a quiet life of anonymity in Lucknow before breathing her last on October 15, 1999 at the age of 92. Interestingly, most fans of the blockbuster movie Rang De Basanti don’t know that role played by Soha Ali Khan was based on Durga Devi!

It has often been seen that history, somehow, tends to forget its women. Many heroines, who walked shoulder to shoulder with the men during trying times, still remain in the shadows, their faces forgotten and their bravery unsung. Durga Devi Vohra is one such heroine, a woman whose exceptional bravery and intelligence deserves to be recognised and respected by her country.