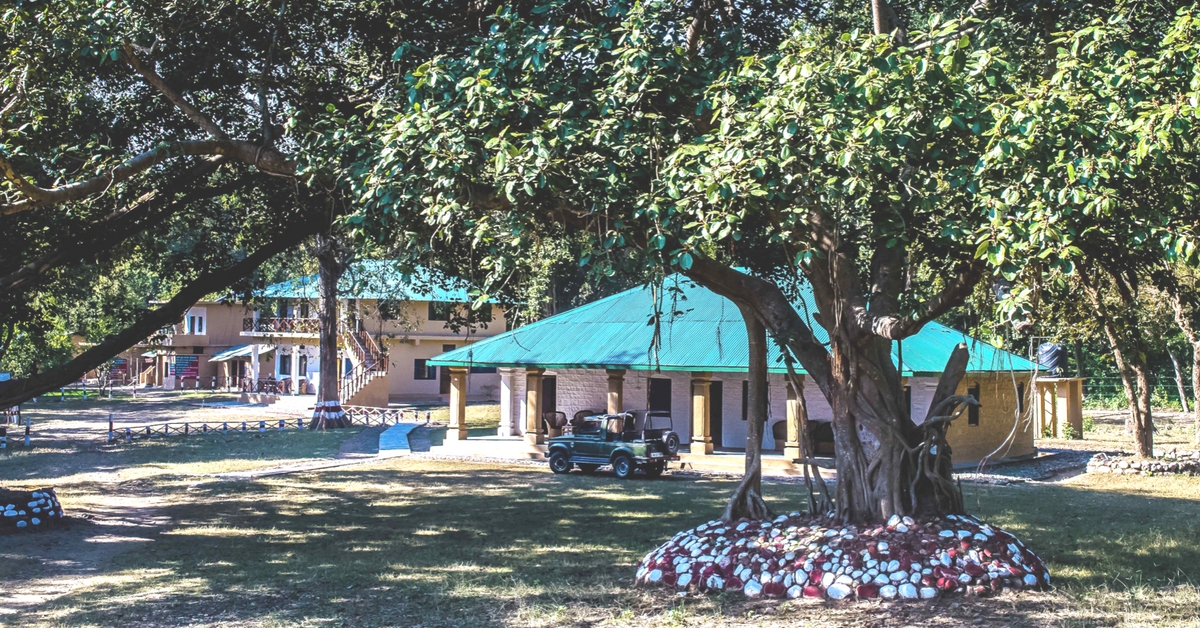 On the search for a big cat by exploring the forests of India, Anirban Saha delves into the details of his breathtaking experience!

Winter mornings are stressful; especially if you are like me, a quintessential anti-morning person.

Now, let’s add a deadline in the morning as well, and this becomes a full-blown tragedy!

Last November, I was on a deadline. My responsibility? To book a Forest Rest House (FRH) inside the famed Corbett Tiger Reserve.

The rules of the game were simple. Bookings open for Indians 45 days in advance and at 10 a.m. sharp. The preference, of course, was the Dhikala Forest Lodge. Located in the core of the dense forest of the National Park, Dhikala is one of the most unique forest accommodations in the world.

It is a well-known fact that it is apparently next to impossible to get rooms in Dhikala because it is that famous and I was naïve enough to believe that I would be able to book it. Of course, that did not happen!

My father-in-law and my wife were my companions for the planned trip. Well, one must perform or perish, so in my haste, I booked a night’s stay in an FRH at Halduparao, inside the Sonanadi zone which is the northern part of the Corbett Tiger Reserve. These were obscure names, never had heard of them, but I had no option and had to settle for the relatively unknown.

You may also like: These Amazing Photos Capture the Wild Grandeur of India’s National Parks

I did my research. The entry to Halduparao is from the Lansdowne side of Corbett and not from Ramnagar. There is no canteen there, and one has to carry rations for the stay. I begin to mourn our ill luck and pronounce this trip as a misadventure. “Not at all,” says my jungle-obsessed father-in-law, “This is a great adventure!”

Kripal Singh has served the Government and the Forest Department for 42 years. He retired a couple of years ago, and he takes tourists inside the Sonanadi Zone. He is our guide for a day and a half. The two retired oldies hit it off and begin to discuss every possible topic under the sun.

As this continues, I am semi-frozen on the back of an open-hooded Gypsy being driven down from Lansdowne at dawn. Our destination is the Vatan Vasa gate of the tiger reserve. From there it is another 9 km inside the jungle to Halduparao FRH.

With only a day and a half at our disposal we had to make the most of it, and if possible, arm wrestle a tiger as well. Kripal ji had already declared there are many tigers in this zone and it was only a matter of luck. Sightings were frequent on our way to Halduparao. There were so many that I had lost count. Not tigers, but deer.

Barking ones, silent ones, with antlers, without antlers, and they frequently posed for us.

The 9 km drive with frequent stops and detours in between was proving to be much more than what I had bargained for. With river crossings and elephant dung marking the route, we eventually reached a place called Kakridhang Chaur. As the name suggests, this was a magical Palian riverbed, flanked over by grassland and is frequented by wild animals in the summer.

By the time we reached Halduparao after the morning escapade, plans were already in place for an evening Tiger chase, and all of us were brimming with hope.

Finally, we reached the Haladuparao FRH. Nestled over a cliff alongside the river, circumvented by electrical fencing, it was something that I had never experienced before.

A small bungalow with two rooms and a living space and to my delight, it turned out we were the only ones to cherish that small piece of the Himalayan forest.

Rations were deposited with the caretaker and lunch was cooked and eaten. We explored the nearby elephant corridor and went back to the river bed. This time nearing sundown more deer were there to welcome us. No tigers yet.

Darkness falls, and the deafening silence of the reserve forest grips us. It is deafening and at times unbearable. That’s the city in me. It’s a silence which is unusual, uncomfortable but eventually traps you like a lullaby. I walked the compound of the FRH and spent some time gazing at stars. It is an excellent habit to get into as we see so little of the elusive night sky these days.

The last safari was planned at dawn the next morning. While Kripal was aching for a glimpse of the big cat, I was already overwhelmed with what the forest had to offer but like a real consumerist had fallen for the lucky draw.

Kakridhang Chaur was unreal that morning as the sun rose over the grasslands with mist fuming up over the river bed.

We simply waited there for as long as possible processing the imagery. More deer welcomed us along the way, and slowly we made our way back. It was time to pack up and leave the tiger reserve, but we only had smiles on our faces and a sense of accomplishment.

As a tourist, it can be exasperating not to see the big cat. But the cat is merely the camouflage which draws city slickers to the jungle. No safari or overnight trip can do justice to what we are trying to preserve. The mysteries of the forest must remain unsolved, and I had the immense pleasure of seeing the invisible tigers of Garhwal. I have promised to return.