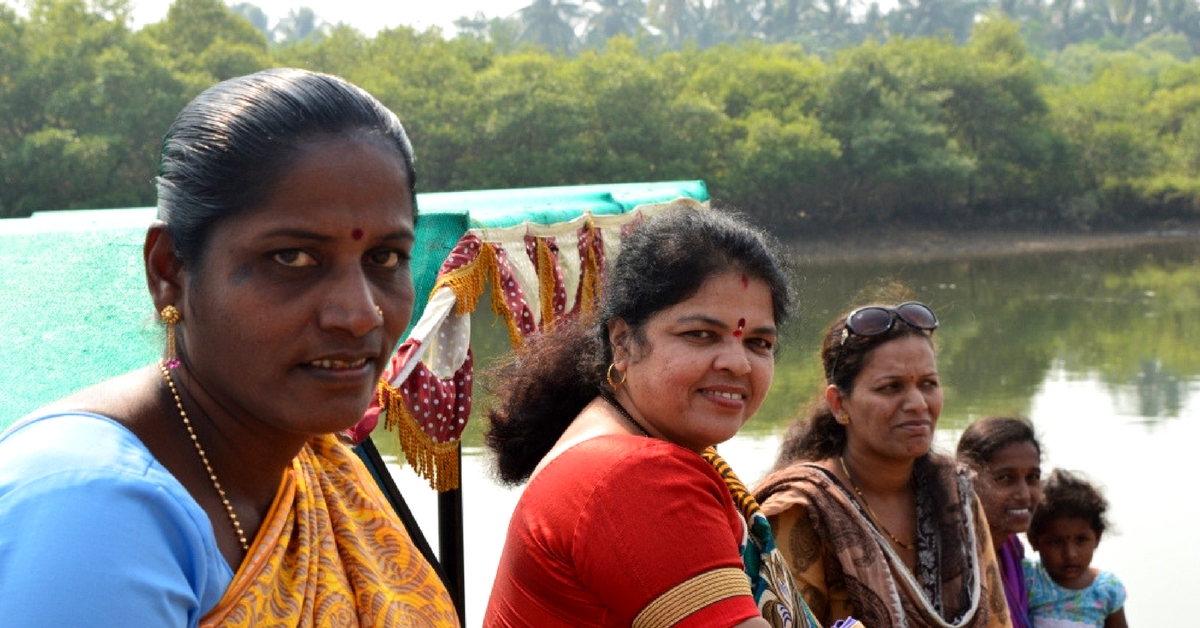 Together, these women have decided that they aren’t only going to save their part of Arabian coastline from encroachers and wood thieves but make a living and ensure that the region becomes a tourist hub.

I have always admired the women belonging to the Koli (fisherfolk) community in Mumbai. Decked up in gold, wearing the typical nine-yard sari in the traditional ‘kashta’ style, they are aggressive, garrulous, bold, and stand their ground in the world of men. Their attitude plainly says, “You can’t fool us and win over us!”

This admiration increased ten folds when I recently met a group of Koli women on a trip to Vengurla, a small coastal town in the district of Sindhudurg in the state of Maharashtra, and was bowled over with their entrepreneurial skills. Together, these women have decided that they aren’t only going to save their part of Arabian coastline from encroachers and wood thieves but make a living and ensure that the region becomes a tourist hub.

“In a short span of four months(January–April 2017) we made a profit of Rs 70,000,” states Shweta Hule sitting comfortably in the boat being rowed by Gautami and Jhanvi Hule and navigated by Priyanka Dhabolkar.

These four women are part of Swamini, a self-help group (SHG) from Vengurla, and are real trailblazers.

While states like Kerala, West Bengal, Goa and others are known for their mangrove safari, what sets Swamini apart is that it is the only all-women group in India engaged in mangrove tourism, and were happy being fisherwomen selling the fish which their menfolk brought from the sea, till they began this venture in 2017.

“We still sell fish for that is our main source of livelihood,” said the women quite emphatically, “but this is a new venture, and we are not engaged the entire day.’’

Vengurla is just a 90-minute drive away from the famous Calangute Beach of Goa, and luckily for the women, the mangrove stretch where they operate from is comparatively a calmer backwater section of the Arabian Sea. Even during very high tide, there isn’t much disturbance in their stretch.

But how did they start the venture?

Shweta recalls her interaction with one of the women working with the Maharashtra Forest Department.

“While interacting with her, I explained the idea that we had, and she put us in touch with the concerned authorities. So the process actually started in 2015.”

To help them succeed in their idea and plan, they were given two boats, 20 life jackets and one gazebo by UNDP (United Nations Development Programme, India) in collaboration with the Mangrove Cell, Maharashtra Department and funded by the Global Environmental Facility.

In the gazebo, these women not only keep their belongings but also run a small restaurant offering sea delicacies and other food items.

The first hurdle they encountered was running the boats! “We had never ventured into the sea on our own and now to take tourists along with us was something we had to take care of as at no time could we risk the safety of a tourist,” says Gautami Hule.

This is where Satish Hule, a deep sea fisherman and husband of one of the members, came to their aid, and taught them skills ranging from navigation to rowing and even berthing the boat so that it doesn’t float away during high tide.

“Initially, we encountered a lot of problems. The worst was the excruciating pain in our arms,” recalls Priyanka Dhabolkar, a widow and the sole breadwinner of her family.

“Many people from our community tried to dissuade us from taking this up. They laughed and made fun of our efforts. This, in turn, encouraged us and we decided to learn everything about the boat and the mangrove so that we are not found wanting if a tourist quizzes us,” explains Jhanvi Hule.

Their determination to succeed was so intense that they lived with physical pain endured while rowing the boats. They would return home with sore limbs but still carry on with their household chores.

“But now that we have tasted success, not only our family but the entire community is happy and supportive of us,” said Jhanvi with a smile.

The women learned about the flora and fauna of the mangrove stretch by attending workshops and booklets provided by the Maharashtra Government’s Mangrove Cell.

“Since our childhood, we just knew it as kharputi (mangrove), but now we know there are so many varieties just like the trees in a forest,” says Shweta.

As you ride, Shweta points out to different plant species rattling out their names. “See that’s Avicennia Marina also known as grey or white mangrove, the Indian mangrove or the Avicennia Officinalis and that is Sonneratia Alba or the mangrove green apple. There is the Great Egret bird, and there is the Black-Crowned Night Heron!”

Except for Shweta who is a graduate, others haven’t completed their school or college education, and conversing in English with non-Marathi speaking tourists is a hurdle. However, these women are catching up, with help from the Mangrove Cell, which has arranged for two English lecturers from the Balasaheb Khardekar College to teach them conversational English.

The group also plans to harvest crab from these mangroves in the future.

So, the next time you are in Goa, take a ride to Vengurla, which is known for its cashew nuts and mangoes. Go on a mangrove safari and familiarise yourself with its ecosystem all for a princely sum of Rs 100.