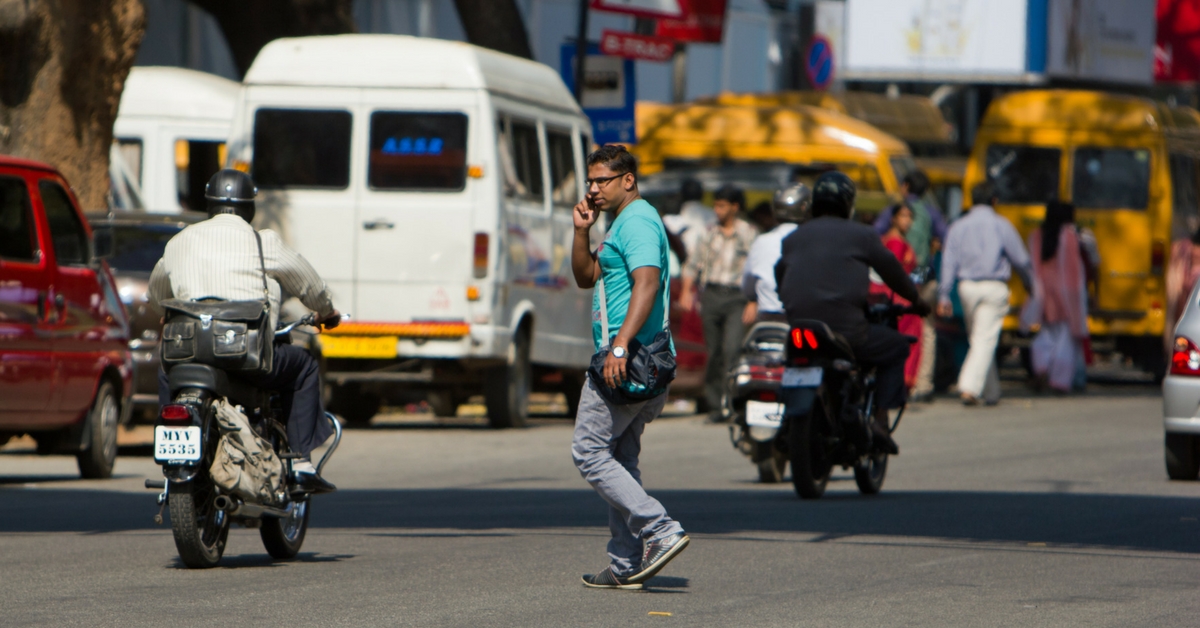 To increase awareness among pedestrians to avoid using mobile phones while crossing roads, the Kolkata police have come up with the solution of detaining them and temporarily confiscating their mobile phones. The phones will be returned after an hour.

The next time you are crossing a road in Kolkata, make sure that you don’t have your earphones blasting music into your ears or are busy looking at the screen oblivious to the vehicles.

If you are spotted doing any of the above by a traffic cop, be sure you are not going to see your phone for the next one hour!

To increase awareness among pedestrians to avoid using mobile phones while crossing roads, the Kolkata police have come up with the solution of detaining them and temporarily confiscating their mobile phones. The phones will be returned after an hour.

This measure might come in handy to curb the rising incidents of pedestrians and jaywalkers meeting with accidents—31% of which occur due to inattention or distraction.

Speaking to the Times of India, Sumit Kumar, DC (traffic) said, “The onus of safety cannot lie only with the motorists alone. If you are using a Bluetooth headset or talking on your phone while crossing the road, you are risking your life and that of others.”

After detaining them, these violators are taken to the local traffic guard where local students and club members are have been appointed to conduct awareness drives. At these drives, the detainees are explained the dangers of violating basic safety measures.

“Once the awareness drive is over, we might confiscate the phone and deposit it in court,” he told the publication.

The city police have also managed to single out certain areas where pedestrian crossovers have become dangerous including the Tollygunge Metro, Thakurpukur Bazar, Bagha Jatin and Parama Island crossings.

The best part about this initiative is that the locals are widely supporting it.

You may also like: This Gritty Mother of Two Girls is Kolkata’s First Female Bus Driver!

“The issue is not confined to pedestrian safety alone. The absence of pavements has an impact on traffic flow as well. For instance, the New Market area is replete with commercial establishments, and there is heavy pedestrian and vehicular traffic on the road. Vehicular traffic often moves at a snail’s pace on this stretch as pedestrians, two-wheelers, cars and pushcart vendors share the limited road space available on either side of the stretch,” another officer told TOI.

We hope the innovative measure helps create awareness among the target audience and helps in reducing the number of accidents.