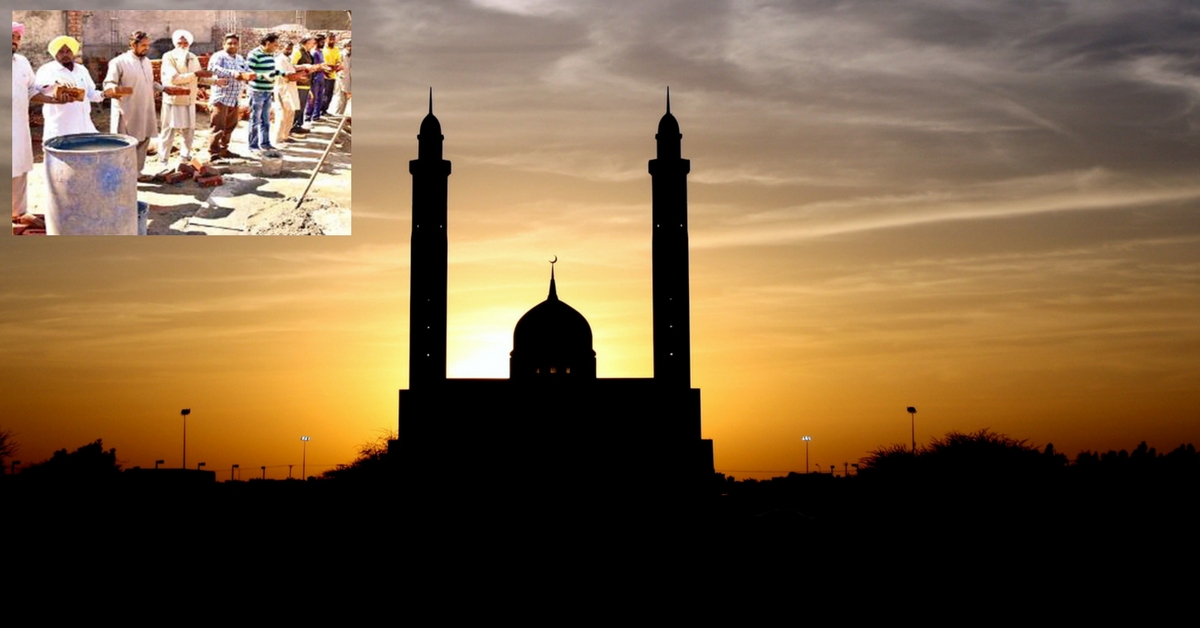 With the objective of reinstating people’s faith in communal harmony and peaceful co-existence, Brahmins as well as Sikhs in the Moom village of Barnala district, which is located on the border of Ludhiana, have joined hands to construct a mosque for their Muslim brethren.

In politically charged times where tensions between communities are on the rise and reports of mob lynchings continue to surface in the mainstream media, one village in Punjab is riding the wave of change.

With the objective of reinstating people’s faith in communal harmony and peaceful co-existence, Brahmins as well as Sikhs in the Moom village of Barnala district, which is located on the border of Ludhiana, have joined hands to construct a mosque for their Muslim brethren.

The 300-year-old village has a population of 4,000 people, and Sikhs make up the majority, while the numbers for the Muslim and Hindu population is at 400 each.

While the Brahmins have donated the land on which the mosque is to be constructed, the Sikhs have contributed the funds required for the construction of the mosque.

It is a breath of fresh air, to see the two communities do everything in their power to do something so selfless, and create a safe place for Muslims to pray.

Speaking to the Times of India, Najim Khan, who is supervising the construction of the temple with his brother Jasvir Khan said, “Till now, we have been saying prayers in two rooms inside the shrine of Baba Momin Shah in the village. However, after the Pandit biradari donated about two marlas of land, we have started constructing the mosque. Not only did they provide us with the land, they are also helping us with the construction, and have also arranged funds.”

With the financial help from their Sikh brothers, the brothers are optimistic that the construction of the mosque will reach its culmination in the next few months.

The village which has gurudwaras for the majority population is also constructing a Shiva temple in the vicinity.

“For us, every human is equal irrespective of religion. We are constructing a Shiva temple nearby, and we have gurdwaras in the village, so it was our dream to get a mosque constructed here. As we are Punjabis, we have learnt secularism from our childhood days and for us being secular is a matter of pride,” Pandit Purshotam Lal, an Ayurveda practitioner in the village, who has been instrumental in mobilising the Brahmin community to donate the land, told TOI.

“This is an example that Punjab and Punjabis are setting for the rest of India,” another villager told the publication.

Read More: ECO Kitchen Project: How This CSR Initiative is Giving Women a Livelihood Through Meals

It isn’t just the village of Moom though. Punjab in the recent times has served as an exceptional example of peaceful coexistence and communal harmony. Another remote settlement in Punjab has a population of 10,000 and only three Muslim families, and the entire village came together to help construct a mosque for these three families. Watch this video to know more.