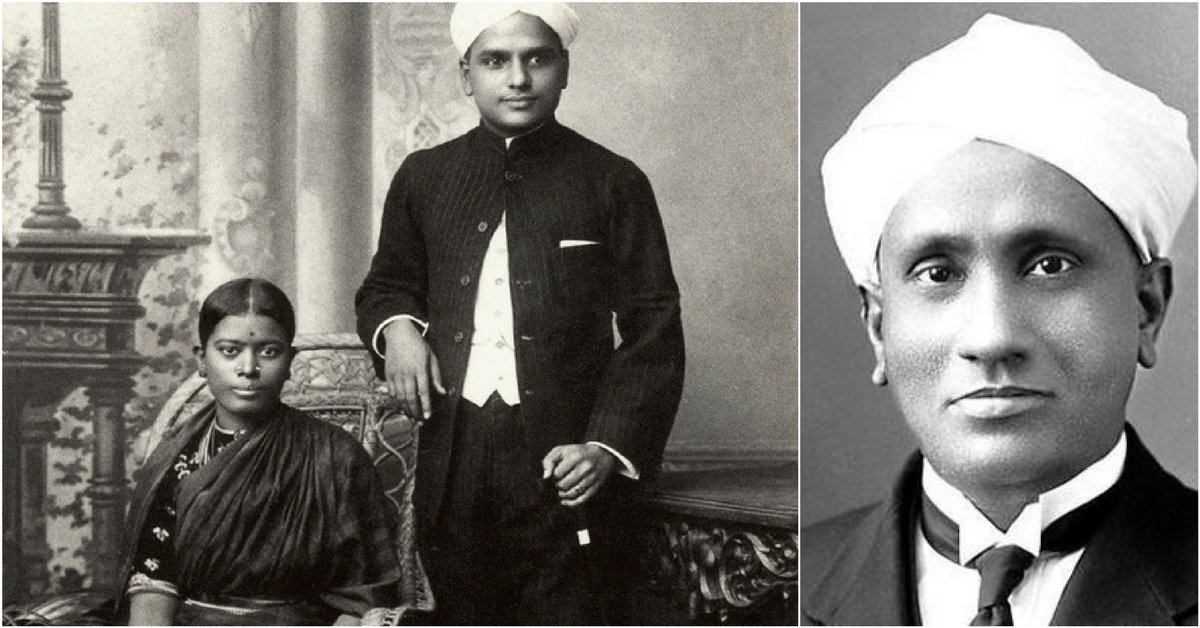 India's National Science Day celebrates an amazing saga of scientific achievement — the discovery of the Raman Effect by CV Raman. Here's the story behind Asia's first Nobel Prize in science.

“Ask the right questions, and nature will open the doors to her secrets.” – Sir CV Raman

Groundbreaking discoveries in science are often accompanied by interesting stories that become the stuff of legends. For instance, the theory of buoyancy conjures up the image of an excited Archimedes jumping out of a bathtub exclaiming “Eureka’ while the discovery of gravity brings to mind the image of a thoughtful Newton sitting under a fruit-laden apple tree.

India’s National Science Day celebrates one such amazing story of scientific achievement — the discovery of the Raman Effect by Sir CV Raman. Born on November 7, 1888, in Tamil Nadu’s Tiruchirapalli to Chandrasekhar Iyer and Parvathi Ammal, Chandrasekhara Venkata Raman was a man of extraordinary ability. At 11, he finished his matriculation. At 15 years of age, he earned his BA degree as the class topper, winning gold medals for both English and Physics.

Furthermore, the gifted student was barely 17 when he received his M.A. degree in 1907, again at the head of his batch. In fact, his college professors used to allow him to skip science classes because they knew he didn’t need them!

However, what made him a genius in the truest of sense was that Raman wasn’t just a brilliant student, he was also intensely curious about the world around him. And it was this vibrant curiosity that led him to scientific discoveries of immense significance. In 1921, Raman was working as a professor at the University of Calcutta and had been sent as the university’s delegate to the International Universities Congress being held in London.

On his first foreign trip, he spent his time excitedly writing papers about the Whispering gallery in St. Paul’s cathedral and meeting scientific luminaries he had looked up to since his days as a student (JJ Thompson and John Rutherford).

It was while returning from England abroad a ship that Raman found himself facing a question that left him perplexed. “A glass of water does not have any colour of its own. But the same water in the deep sea appears a brilliant blue. Why is this so?”, he asked himself as he gazed out at the azure waters of the Mediterranean Sea.

Furthermore, the scientist remembered observing a pale blue opalescence in the icebergs and the large lakes he had seen during his sojourns through the northern latitudes.

On digging through his books, Raman found out that the prevailing explanation was that the sea looked blue because it reflected the colour of the sky. Unconvinced, he immediately began carrying out elementary experiments on board the ship using the simple instruments he had with him.

What he found was that the sea looks blue for pretty much the same reason the sky looks blue — the water was causing blue light to scatter more than other colours in the light. Excited by this realization, Raman wrote to Nature (a premier science journal) as soon as he arrived in India.

Interestingly, his dedication and enthusiasm can be glimpsed from the fact that his letter to Nature bears the address not of his home or laboratory, but of the harbour at which his ship had docked!

In the years that followed, Raman remained preoccupied with the ‘scattering question’ (as he called it). Along with his students at Kolkata’s Indian Association for Cultivation of Science, he began conducting a series of simple but systematic experiments to observe how light behaved while passing through different types of substances.

It must be noted that India in the mid-1920’s was firmly in the clutches of British colonial rule, making it a place inimical for scientific research, especially by Indians. Undeterred by these hurdles, the tenacious scientist persevered and his hard work finally paid off when, on February 28, 1928, one of the experiments gave a startlingly clear result.

After his student KS Krishnan reported the observance of greenish glow in glycerine, Raman conducted further investigations to confirm the presence of “induced secondary radiation” — the light of only one colour was being passed through the liquid, but the light that was emerging had traces of another colour.

In simple language, this meant that the molecules in the liquid were changing the colour of some of the light passing through it. The discovery of this phenomenon (named the Raman Effect) created a sensation around the world and earned its Indian discoverer a litany of rare honours. In 1929, Raman was made a knight of the British Empire and honoured with the prestigious Hughes Medal by the Royal Society of London. And in 1930, he became the first Asian to be awarded a Nobel prize in any field of science.

Later, Raman would recall his experience at the Nobel Prize ceremony in the following words:

“When the Nobel award was announced, I saw it as a personal triumph, an achievement for me and my collaborators — a recognition for a very remarkable discovery, for reaching the goal I had pursued for seven years.

But when I sat in that crowded hall and I saw the sea of western faces surrounding me, and I, the only Indian, in my turban and closed coat, it dawned on me that I was really representing my people and my country. I felt truly humble when I received the Prize from King Gustav; it was a moment of great emotion but I could restrain myself.

Then I turned round and saw the British Union Jack under which I had been sitting and it was then that I realised that my poor country, India, did not even have a flag of her own – and it was this that triggered off my complete breakdown.”

Interestingly, during his speech at the banquet following the Nobel Prize ceremony, a visibly moved Raman made a reference to the congratulatory telegram he had received from his “dearest friend who is now in jail”. Much to the discomfort of the British Ambassador, this “friend” was none other than Mahatma Gandhi!

Over time, the Raman Effect has proved to be immensely useful in multiple areas of science. The colours produced by a substance when light passes through it is almost like a fingerprint that can be used in chemistry, biology, medicine etc. to find out what a substance is made of.

In fact, this principle is used in the Raman Scanner, a device used by the police to find out if people are carrying illegal substances!

At a time when India is trying to instil a scientific temper and spirit of innovation in its students, it must be remembered that while not all of us can be as brilliant as Raman, we can definitely be just as curious about the world as he was. For as the legendary scientist once said,

“The true wealth of a nation lies not in its stored-up gold but in the intellectual and physical strength of its people.”