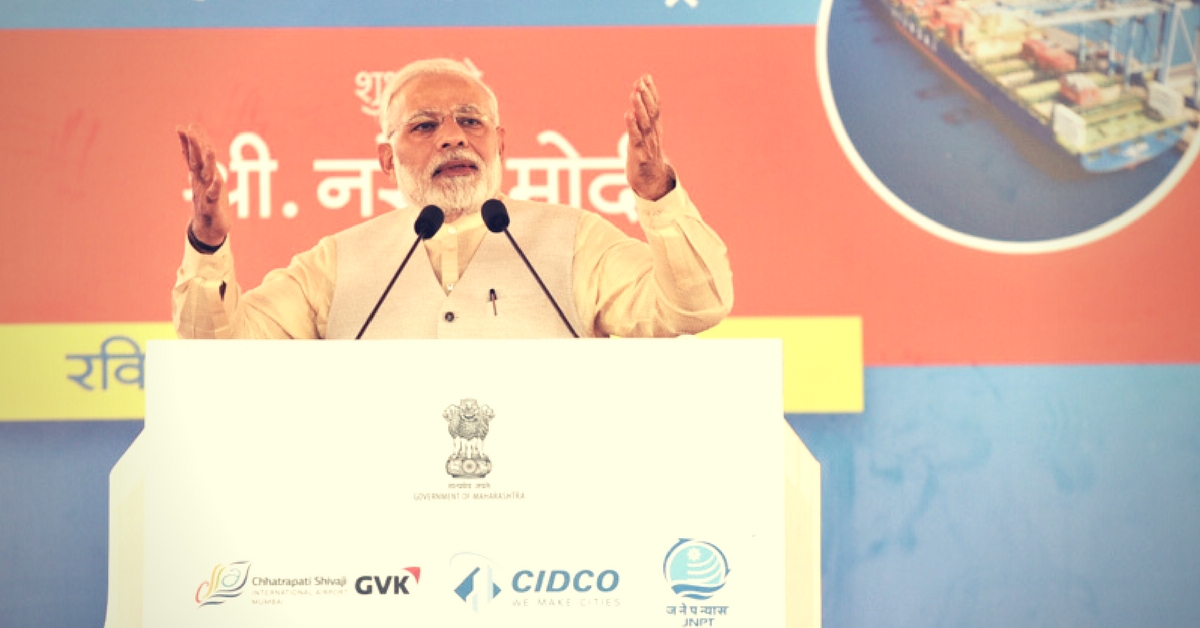 First conceived nearly two decades ago, the new airport will have the capacity to handle a minimum of ten million passengers!

In a significant development, Prime Minister Narendra Modi on Sunday laid the foundation stone for the construction of the massive Navi Mumbai Airport (NMA). At a time when the Chhatrapati Shivaji International Airport (CSIA) is struggling to keep up with the footfall into India’s financial capital, the Navi Mumbai Airport is expected to take away some of that load.

Here are five things you should know about the new international airport in Mumbai.

Who will construct this airport?
Reports indicate that the new Navi Mumbai Airport will be constructed by GVK Power and Infrastructure Limited, which won the bid. As per the concessionaire agreement (a negotiated contract with the government that gives a company the right to operate a particular business within the state’s jurisdiction) signed on January 8 between GVK and the Maharashtra government, the state-run City and Industrial Development Corporation (CIDCO) will oversee its implementation.

In significant infrastructure projects, which involve private-public partnerships, a special purpose vehicle is set up to ensure that operations run smoothly. In this case, the Navi Mumbai International Airport Private Limited was set up, in which the GVK holds 74% equity while CIDCO’s stake is 26%.

Cost
The project is expected to cost approximately Rs 16,700 crore, according to Press Trust of India. The estimated total cost for the development of the first phase of the airport project will be Rs 6000 crore, while the rest of the amount GVK would raise from the banks, reports Business Today. Pre-development work, which includes preparing the land for construction, will cost CIDCO approximately Rs 3,420 crore, according to the Economic Times. For the 3500 families affected by the project, the compensation package on offer is reportedly Rs 520 crore.

Read also: Here’s How The Railways Plans to Prevent Another Elphinstone-Like Tragedy

Where will the airport come up?
Tagged as a greenfield airport, the NMA will be constructed on 1160 hectares of mainland Navi Mumbai situated across the Mumbai harbour. With the Mumbai Trans Harbour Link, a Special Economic Zone and other significant development projects on the horizon, the airport is in line to serve big businesses looking to set up shop.

Read also: Here’s The History Behind One of Jaitley’s Biggest Budget Announcements

GVK sticking to a tight deadline
According to this Moneycontrol report, CIDCO expects GVK to operationalise the first phase of the new NMA by December 2019. In other words, the Maharashtra government’s nodal agency expects its private partner to operationalise one runway and a terminal building, which is expected to handle 10 million passengers, by the end of 2019.