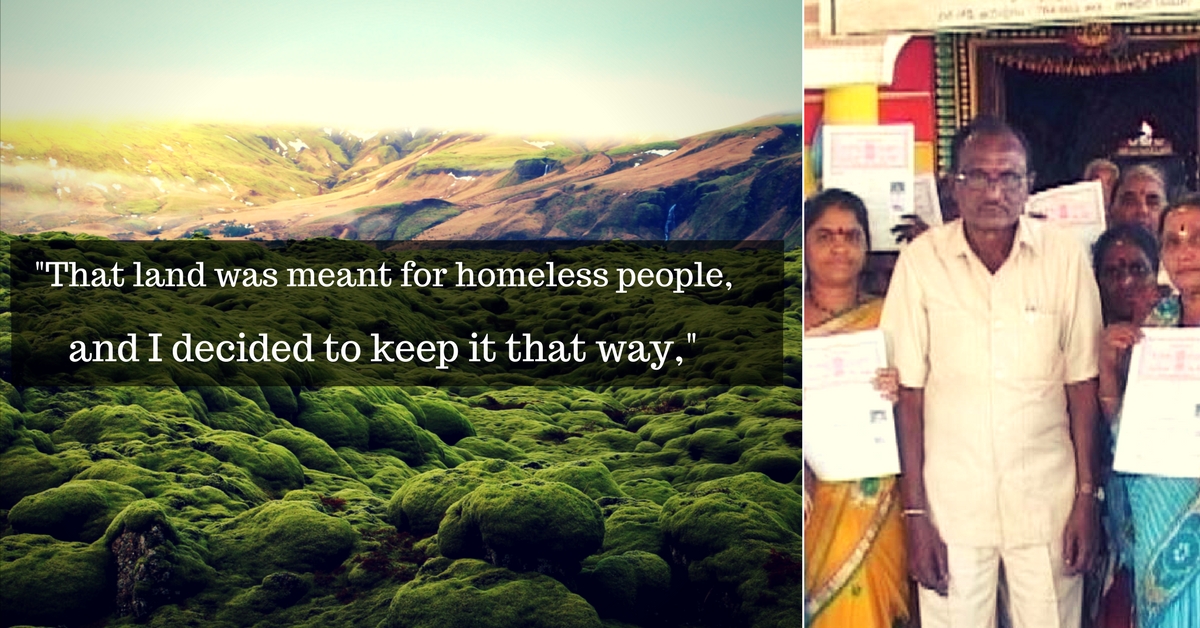 Muguda Suryanarayan Achary lives in a small house with a family of 15, and works in a door and window fabrication workshop.

For 60-year-old Muguda Suryanarayan Achary, a promise is a promise, no matter when it was made, and what it will cost him.

In 1997, Muguda was doing well financially and decided to build a temple dedicated to ‘Veerabhadra,’ a form of the Hindu God, Shiva. The priest of that temple, at that time, had told him that if he donated land to the poor, he would be blessed by God. Taking this advice, Muguda bought 2.3 acres of land for Rs 2 lakh.

Unfortunately, his financial condition started deteriorating, and Muguda had to start pinching pennies. He sold off his house and moved to a rented room. However, that did not make him sell or utilise the land he had bought only for the poor.

“That land was meant for homeless people, and I decided to keep it that way,” Muguda told Hindustan Times.

Today, Muguda lives in a small rented house with a family of 15 people, that includes his parents, sons, daughters-in-law and grandchildren. He works in his door and window fabrication workshop, which is also a rented space. The rent of the house and the workshop, together, is close to Rs 15,000.

Even as the Achary family struggles to make ends meet, Muguda has successfully handed over the last of the documents of his land to 10 poor people.

A total of 250 people have received 360 sq ft of land each from Muguda.

“Today I feel very happy as I kept the commitment I made to myself ten years ago. I may not have my own house now, but I can die happily that several landless poor people can have some land of their own,” Muguda said.

You may also like: Domestic Help Uma Shetty Rescues Stray Animals, Provides Shelter in Her Own Hut in Mumbai

Sudhir Sarangi, a childhood friend of Muguda comments on the remarkable commitment of his friend. “There were several real estate agents who offered him Rs 3-4 crore for that patch of land. He would always say no. It’s difficult to find people like him who do good work and don’t go about mentioning it to everyone.”

K Rajeswari, a widow, is one of the beneficiaries of the land. To her, this gesture by Muguda was nothing short of Godliness. “I had nothing till he gave me a plot of land. For me, he is God,” she said.