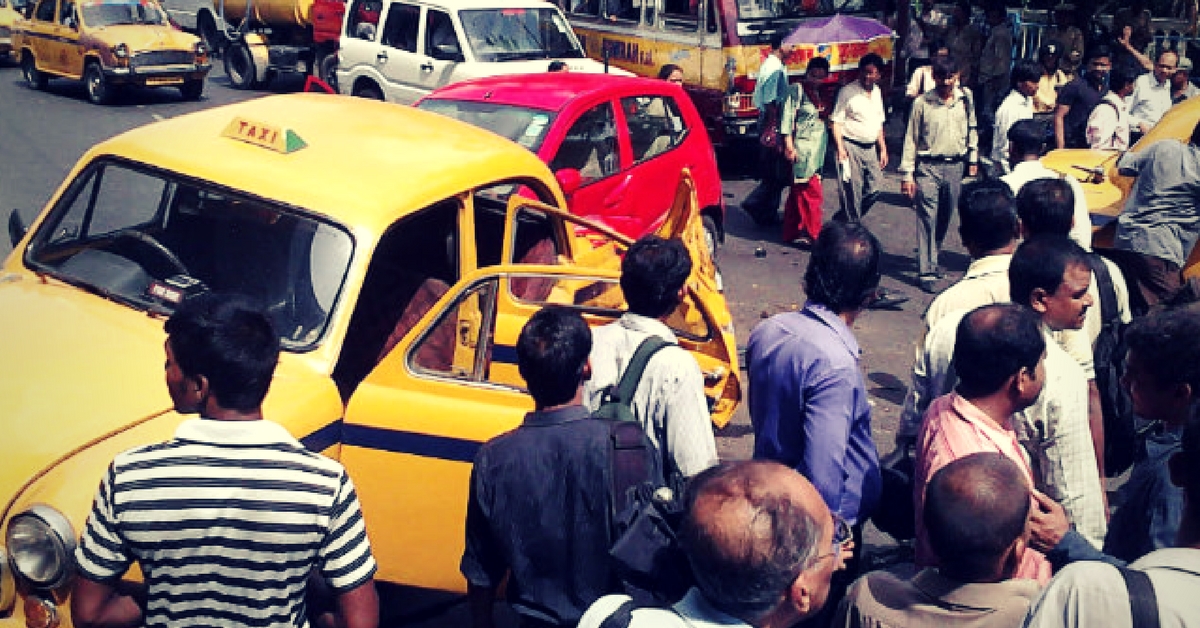 In a country where bystanders do not necessarily come to aid of the grievously injured, our lawmakers need to do a lot more.

Over the weekend, 26-year-old Shravan Tewari saw a man lying face down on the tracks at Charni Road station in Mumbai. Aware that something was terribly wrong, Shravan jumped down onto the tracks and saw the man was profusely bleeding from head, nose and hand. Fortunately, the man was still breathing.

“A train had arrived at the platform, and I blocked its path. I said the train wouldn’t move until the victim had been lifted out of the tracks. There wasn’t a single uniformed policeman or RPF staffer on the platform. A couple of commuters agreed to help and we lifted the victim out into a taxi. He was rushed to Saifee Hospital nearby at 10 pm. The hospital staff asked who would be willing to pay the victim’s treatment cost. At that moment, I said I would bear the cost just to ensure they started treatment,” said Shravan to the Times of India.

In a stunning discovery, the Law Commission had found that nearly 50% of road fatalities in India could have been prevented if only the victims were given timely medical assistance.

Three in four people are reportedly hesitant to help people persons injured in road accidents, according to Save Life Foundation, a non-profit working towards enhancing road safety. The role of a bystander to an accident or any such incident is critical in facilitating the process of emergency care.

As per the guidelines issued by the Centre and brought into force by a 2016 Supreme Court order, public or private hospitals cannot demand payment for treatment from Good Samaritans and cannot refuse care to the victims. However, Shravan agreed to pay for it. In the midst of all this activity, Shravan found out about the victim, Ashwin Sawant, a 40-year-old, and called his family. Even though Sawant had lost a lot of blood, he survived.

Instead of thanking him, the government railway police personnel reportedly berated Shravan at the hospital for not informing them or waiting for their assistance. They also told him that he would have to stay all night the police station. All this was captured in a video he posted on his Facebook page, which went along with a long post detailing the incident.

One can see onlookers and other commuters who had helped Sawant engaging in a verbal showdown with the police. In fact, the police go on goad Shravan with claims that there was no money on offer to get the accident victim treated. Rules, laws and guidelines can only do so much if authorities treat Good Samaritans this way. Sawant’s family finally arrived at 2 am and shifted him to JJ Hospital. He may not have informed the police before taking the grievously injured man to the hospital, but that’s seemingly no reason to berate him.

In a country where bystanders are often reluctant to help accident victims, such behaviour on the part of the authorities does not help. Although Parliament has not yet passed legislation protecting Good Samaritans, the Ministry of Road Transport and Highways has issued guidelines in 2015, brought into force by a 2016 Supreme Court ruling, protecting them from legal troubles.

“A Good Samaritan shall not be liable for any civil or criminal action for any injury or death of a road accident victim that resulted with his or her negligence in acting or failing to act while rendering emergency medical or non-medical care or assistance,” says the Maharashtra Transport and Roads Safety Act.

This piece of legislation is supposedly in line with the Centre’s guidelines. According to this Hindustan Times report, however, State governments are likely to adopt a procedure, which would allow authorities to question them and disclose their personal information in such situations.

This is contrary to the guidelines brought issued by the road transport ministry which states that Good Samaritans informing the police or medical emergency facility need not reveal their personal details. In fact, if authorities compel the Good Samaritan to do so, they are liable for disciplinary action.

“Any Police official, on arrival at the scene, shall not compel the Good Samaritan to disclose his her name, identity, address and other such details in the Record Form or Log Register,” it states.

If there is a police case lodged in this incident, the guidelines state that a Good Samaritan can choose to be an eyewitness. Authorities cannot compel him/her to become an eyewitness and appear in court. Despite a Supreme Court ruling on the matter, these are still just guidelines.

Read also: Everything You Need to Know About the Good Samaritan Law, & How It Can Save Lives on Indian Roads

One can draw a parallel to the Vishaka guidelines issued by the apex court in 1997 pertaining to sexual harassment at the workplace. It took Parliament to legislate the Sexual Harassment of Women at Workplace (Prevention, Prohibition and Redressal) Act, 2013 before there was any real progress in the general public discourse on the subject. Despite many attempts at generating public pressure on Parliament to pass legislation along these lines, little has come to pass.

Read also: Next Time You Help a Road Accident Victim, Make Sure the Police Treats You in This Manner

It’s time Parliament took cognisance of this lacunae and pass necessary legislation protecting Good Samaritans. What State governments, non-profits and the general public can do for the time being is generate and spread as much awareness on the subject and put pressure on lawmakers so that the next time you see a man lying on the road bleeding, you don’t stop to help him out.