Karnataka All Set to Unveil India’s First Ever Canopy Walk on February 18! 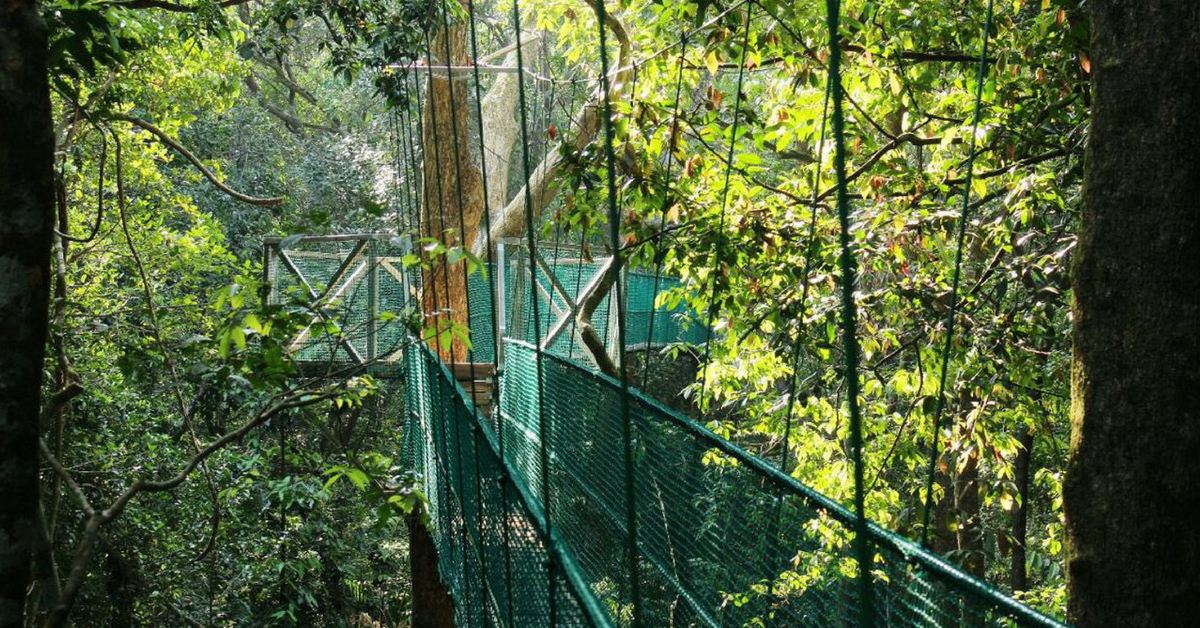 A 240-meter walk 30-feet above ground level in the dense Western Ghats.

Does a 240-meter walk 30-feet high in the dense Western Ghats sound exciting enough to you? If yes, you can satiate your sense of adventure in Karnataka now.

The country’s first canopy walk will become a reality in the core Western Ghats of Karnataka. On 18 February, this spectacular canopy, located in the Kuveshi area near Castle Rock of Uttara Kannada, will be open to the public.

The Canopy walk project has been developed by Karnataka Forest Department in association with the state Tourism department. O Palaiah, Chief Conservator of Forests, Kali Tiger Reserve said that the first of its kind project in the country would allow a maximum of 10 people for the walk at a time and two people can stand on the different platforms present to watch the wildlife around, as reported in Times of India.

While the idea of setting up this canopy was mooted almost three years ago, due to the various environmental regulations this project was stalled.

After being certain that this project will cause no harm to the ecosystem and ecology of the Western Ghats, it was given the green signal.

It’s expected that either Jungle Lodges and Resorts or the Tourism Department will run the canopy walk. Besides the operator, the Forest Department is also is keen on collecting nominal fees. The tariff structure will be decided in the coming days, as reported in New Indian Express.

“We will allow public to have an experience of the canopy walk on the inaugural day. However, regular entry of public will begin only after we sign an MOU with Jungle Lodges and Resorts or Karnataka Ecotourism Development Board (KEDB). It may take a few days,” O Palaiah added.

The tourism department is hopeful that this attraction will get many footfalls. The canopy walk will have a nature guide for every ten people, and there would be restrictions on wandering independently. Bird-watchers and those who seek adventure will most certainly enjoy this walk. For the others, do it just for the thrill of being above ground level and walking through the lush Western Ghats.