Indian Postal Service Gets an All New ‘Swadesi’ Revamp From February 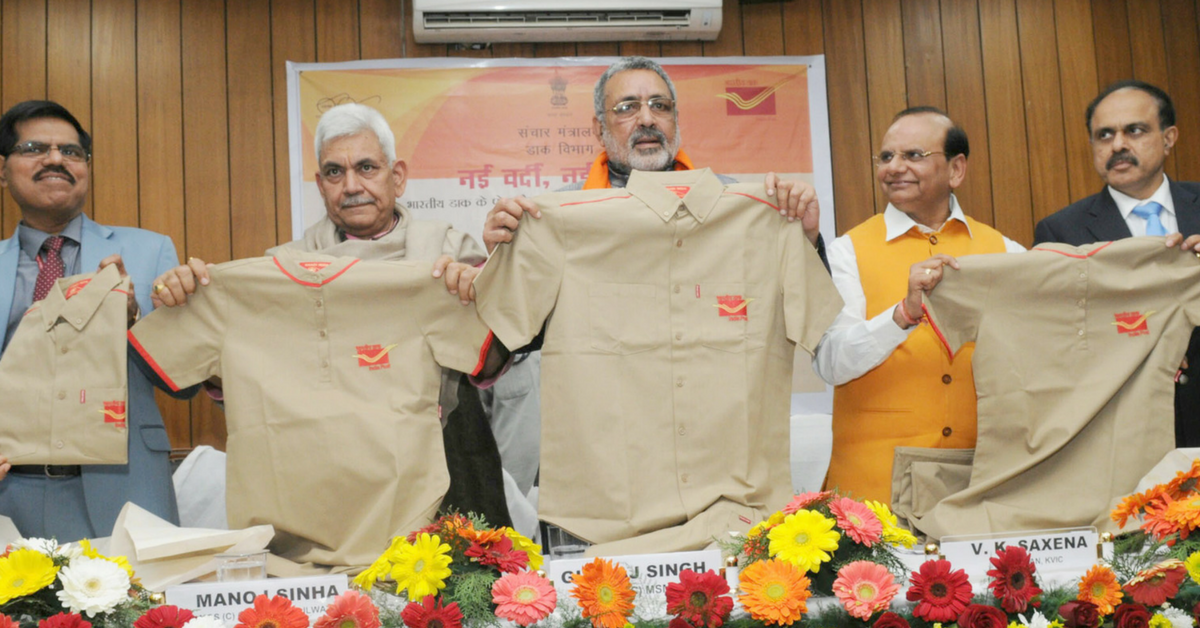 While the colour of the uniform will remain the same, the new uniform carries the logo of 'India Post' on the pocket and the cap, along with red stripes on shoulders and shoulder blade.

Come February, the postmen and postwomen of the country will be donning new chic Khadi uniforms. The Minister of State for Communications, Manoj Sinha, made the announcement at an event in the capital while launching the new uniform.

The Khadi and Village Industries Commission (KVIC) has bagged a Rs 48-crore order for the supply of these new uniforms to almost 90,000 employees of the Indian postal service. While the colour of the uniform will remain the same, the new uniform carries the logo of ‘India Post’ on the pocket and the cap, along with red stripes on shoulders and shoulder blade.

“Prime Minister Narendra Modi in his ‘Mann Ki Baat’ program said that Khadi is not cloth, but a notion. Khadi is connected with the livelihood of the artisan. Postal department is the third to adopt it in this direction,” Micro, Small and Medium Enterprises Minister Giriraj Singh said, as reported by News18.

Since wearing the uniform while on duty is mandatory for the postal employees, each employee of the Indian Postal service will be given an annual uniform allowance of Rs 5,000 each.

KVIC Chairman Vinai Kumar Saxena said the total fabric required for making uniforms for 90,000 postmen and postwomen would be around 8 lakh metres, which would be supplied by top 37 Khadi institutions of the country from Himachal Pradesh, Gujarat, Punjab, Chhattisgarh, Madhya Pradesh and Karnataka, among others.

In March last year, the government considered a plea from the Khadi & Village Industries Commission to appeal to employees to wear clothes made from the hand-spun fabric at least once a week as part of a plan to boost Khadi production and benefit small weavers across the country.

Do watch out for the new Khadi-clad postman the next time you get a letter.